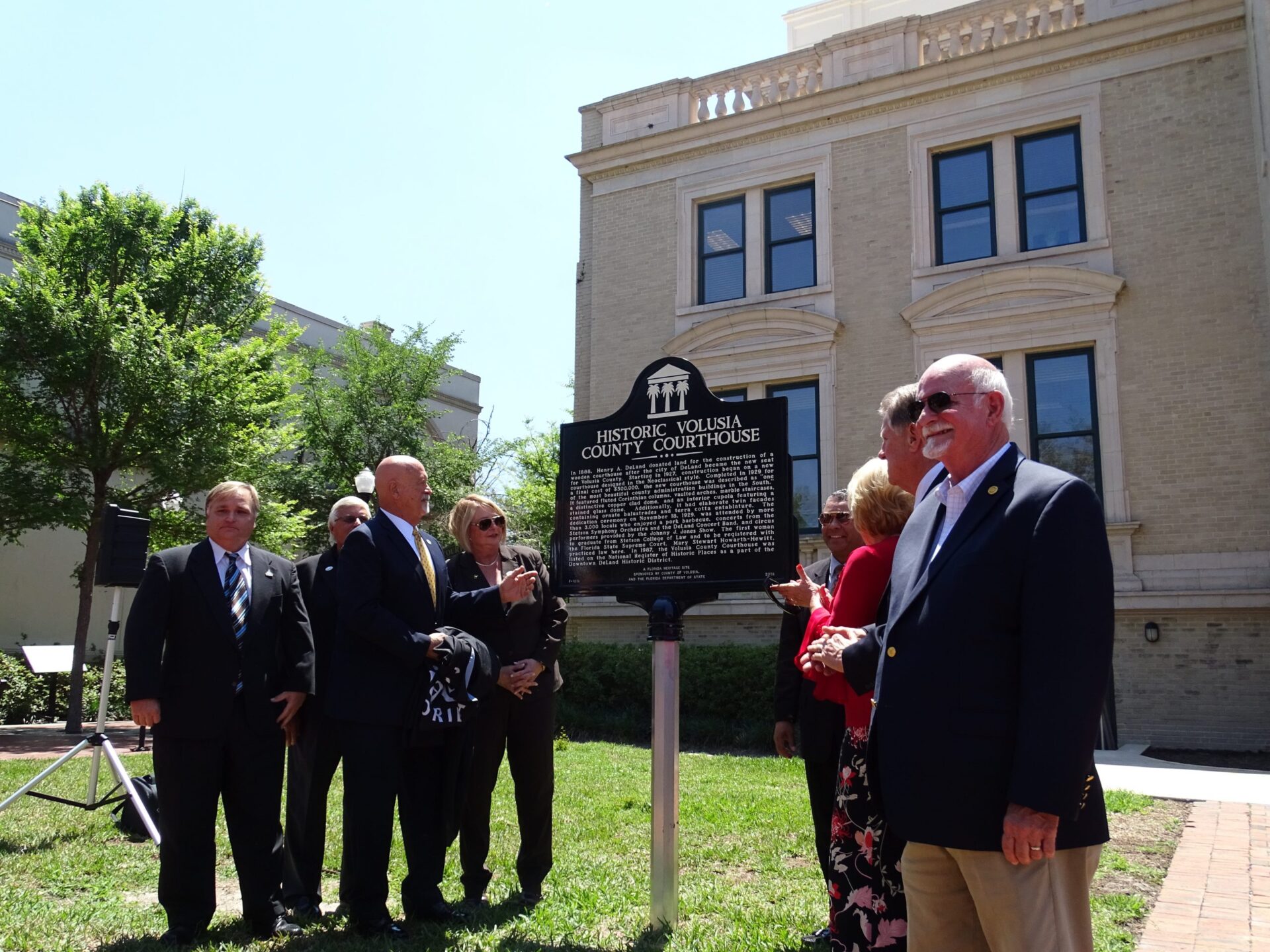 Ninety years after its completion and opening, the Historic Volusia County Courthouse has new signs calling attention to its stately beauty and sense of permanence.

Florida Historical Markers now grace the north and south sides of the neoclassical building that opened in 1929 and has been hailed as one of the most magnificent courthouses in the southeastern United States.The markers were unveiled in special ceremonies April 16.

“This is a great day to be in court,” County Chair Ed Kelley said at the outdoor gathering on the north face of the courthouse. “It was completed in 1929 at the cost of $500,000. I wonder if we could do that today.”

On hand for the occasion was retired Circuit Judge Ed Sanders, who remembers working in the building during more historic times.

“I became a judge in ’83,” adding he held court in the grand courtroom on the second floor during the summer months. “They finally put in air conditioning.”

Sanders recalled he tried both criminal and civil cases in those days.

The old courthouse was placed on the U.S. Department of the Interior’s National Register of Historic Places in 1987, 100 years after DeLand officially became the seat of the Volusia County government.

The courthouse was renovated and restored in recent years, as practically all of its judicial work was transferred to the new courthouse at 101 N. Alabama Ave. That facility, built at a cost of almost $50 million, opened in 2001.

The Historic Courthouse is still occasionally the venue for ceremonial and celebratory events, such as swearing in elected officials.

The building is also home for the Volusia County Department of Elections and Fire Services administration.