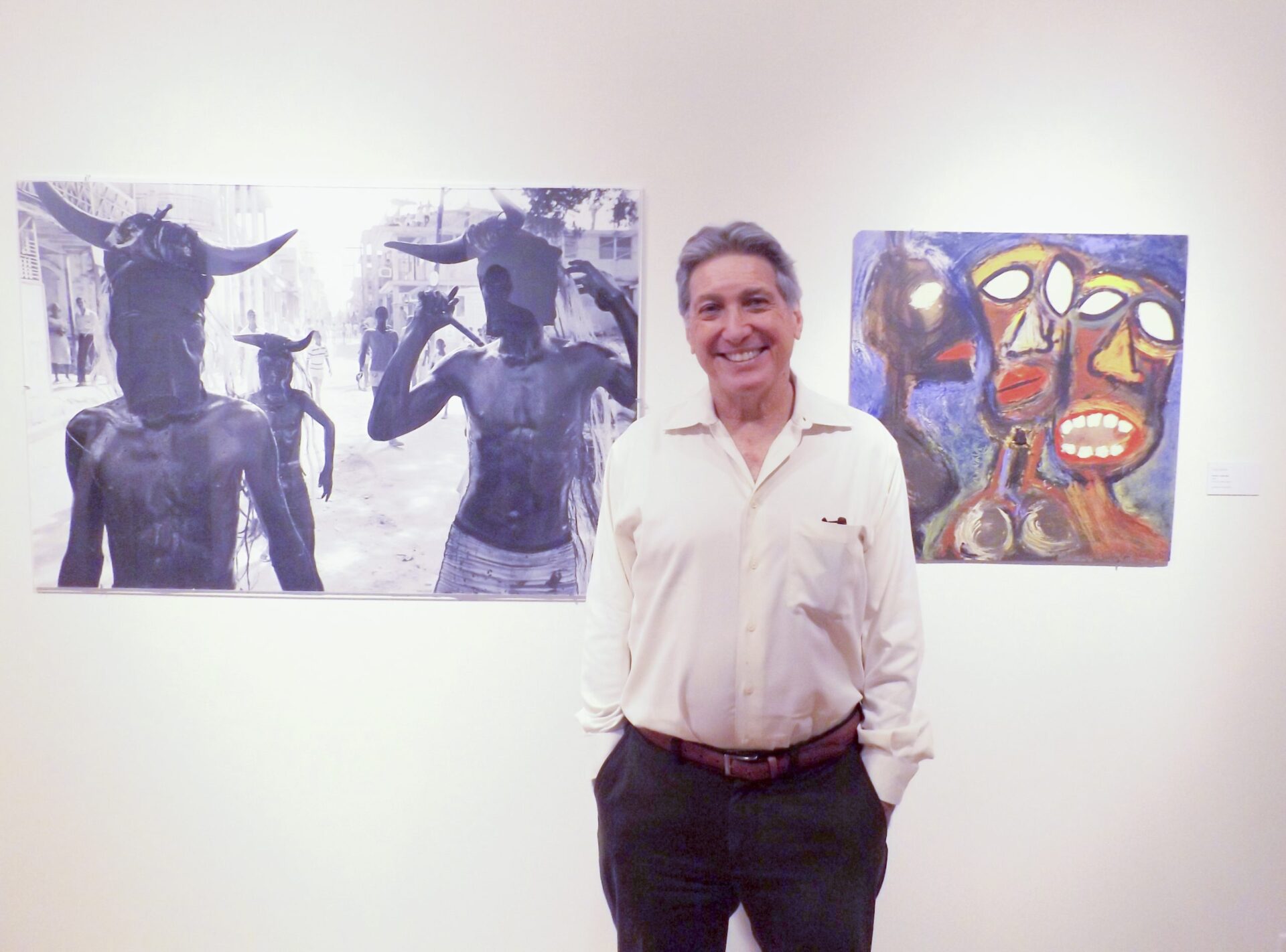 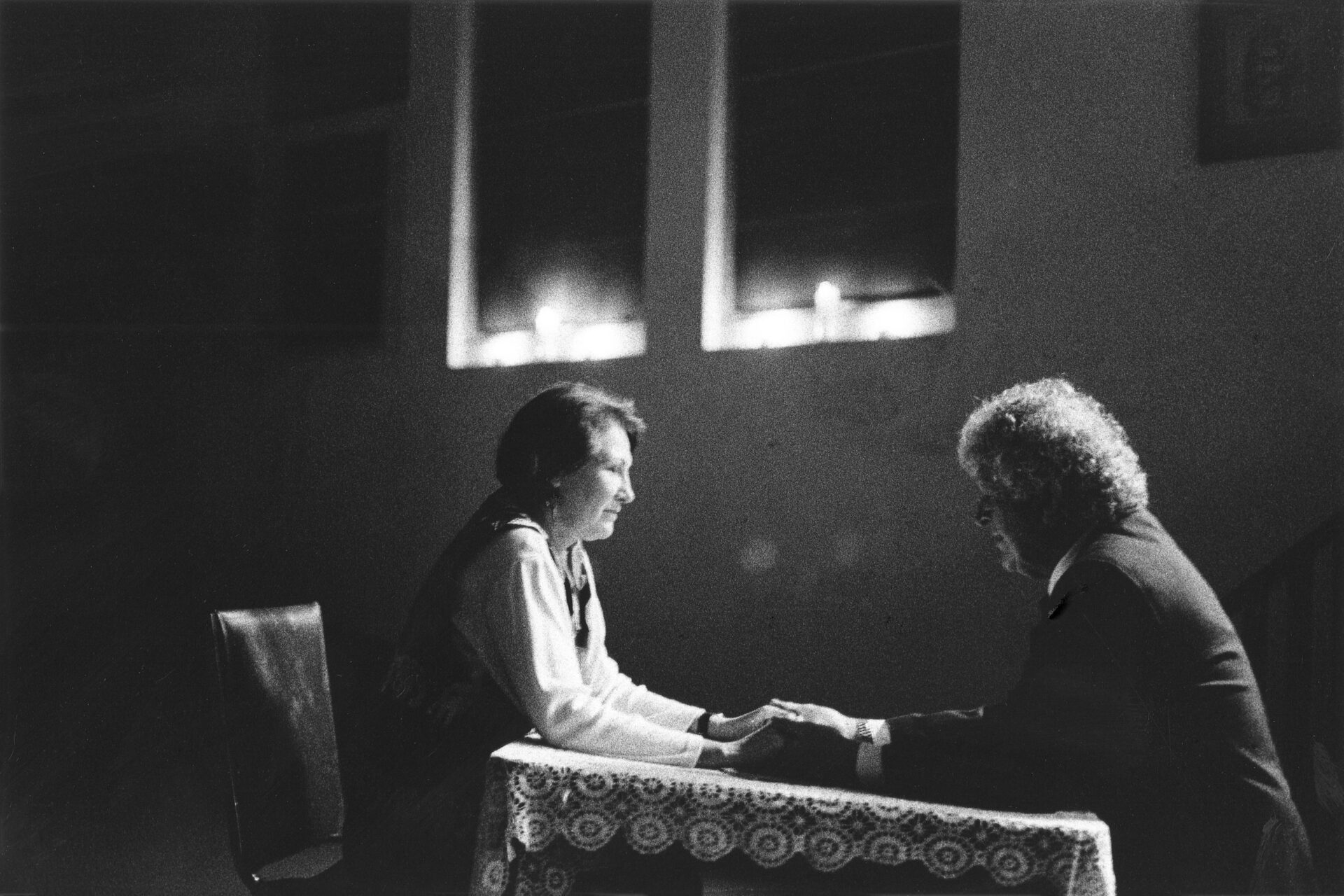 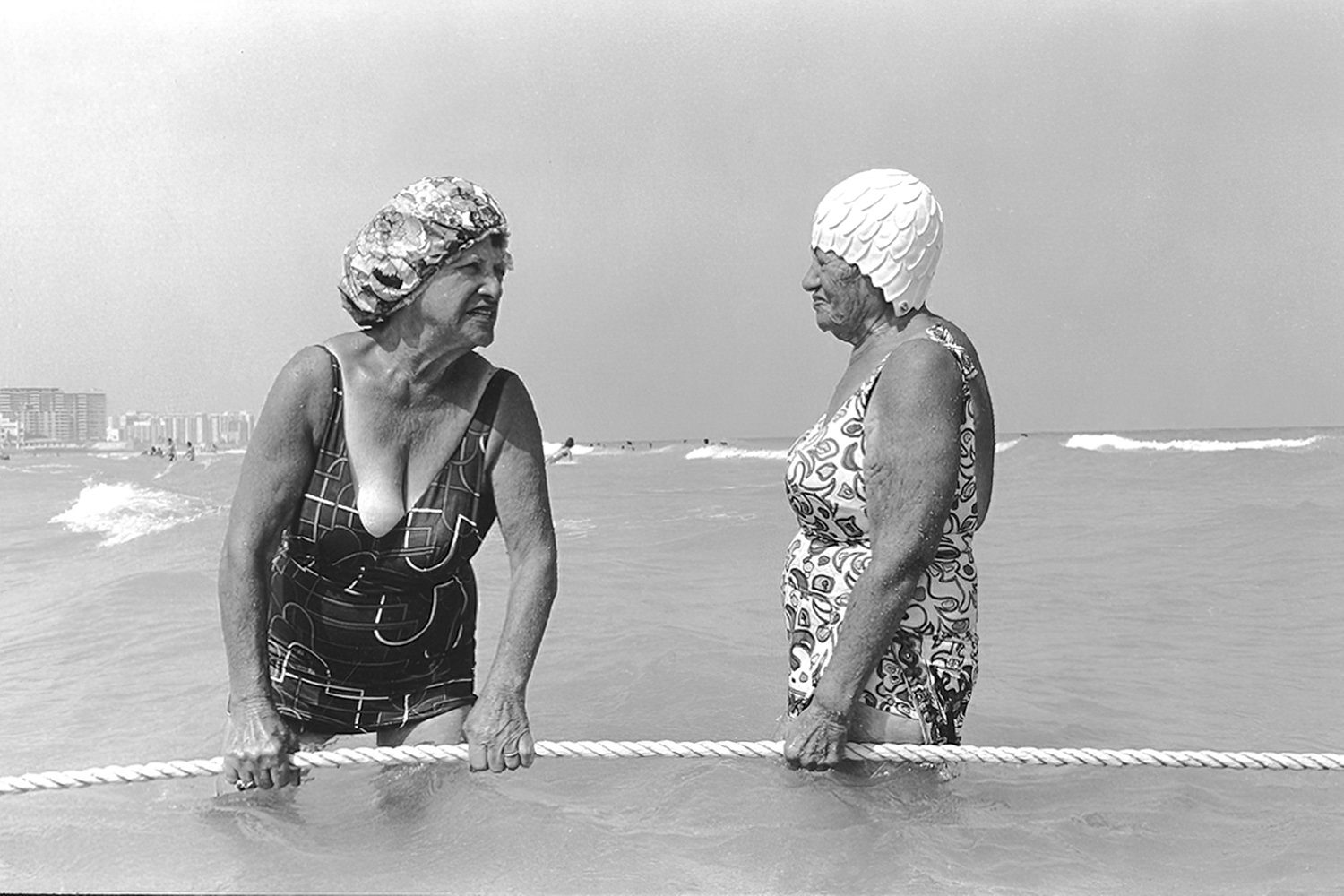 For anyone who visits the exhibit “Gary Monroe: Photographs and Revelations” at the Downtown Galleries of the Museum of Art – DeLand, the man behind the camera lens can tell you what you will not be seeing.

“It’s not art with a capital ‘A,’” Monroe said of his photographs, which are combined in the exhibition with his personal collections of outsider art and Americana artifacts.

His photographs, Monroe added, “are not journalism — my background is not in journalism, and I’m not doing reportage. I’m not really concerned with documenting anything. I’ve never worked commercially. It’s just practicing a medium. It’s purely my own instincts and seeing what images that yields. There’s no agenda. It’s more like jazz than journalism.”

The exhibition’s “jazz” includes 46 black-and-white photographs taken by Monroe over 45 years during his travels across Florida and to Haiti, Brazil, Mexico, India, Egypt and other countries. His subjects include carnival revelers in Haiti, a Day of the Dead parade in Mexico, a party for gay men in Cuba, a woman getting a spiritual reading at Cassadaga, a baptism in Clearwater, Buddhist monks in India, tourists at Disney World, and more.

Some of the photos capture the “old-world Jewish culture” of the Miami Beach/South Beach area where Monroe, who is Jewish, grew up. After Monroe graduated in 1977 with a Master of Fine Arts from the University of Colorado in Boulder, he returned to his home city to photograph, along with his friend and fellow photographer Andy Sweet, what he knew was a vanishing culture.

The duo’s work, along with commentary by Monroe, are featured in the new documentary film The Last Resort, which will be screened at 7 p.m. Wednesday, May 8, at the Athens Theatre in DeLand, with a pre-show reception 5:30-6:30 p.m. at the museum.

After the showing of The Last Resort, Monroe will take part in a question-and-answer session, also at the Athens Theatre.

Along with paintings by those outsider (that is, self-taught) artists and child artists, the exhibit’s 21 “material culture objects” include a snake-head walking stick, a barroom coin game, a hat stretcher, a bottle-cap art stand, and a tourism promotional placard that trumpets “Florida for FUN Pictures!” over a cartoonish illustration of a sombrero-wearing woman.

Monroe’s career, which includes 31 years as a visual-arts/photography professor at Daytona State College before his retirement in 2018, has spanned both the film and digital-camera eras. But he still almost exclusively uses his trusty, “old, old” Leica film camera and creates his own prints in his own darkroom.

“I have no common sense, I guess,” Monroe said with a chuckle when asked why he prefers film over digital technology. “Printing and darkroom work are very archaic.”

He confesses that he taught himself digital photography and Photoshop “so that I could maintain some relevancy to my students (at DSC). I enjoyed using the digital camera, but that was an adjunct. I don’t use it much anymore.”

However, he doesn’t believe film gives him any sort of aesthetic advantage.

“No, not at all,” he said. “It’s something about the process. I like the discipline of using film and working in the darkroom, but it makes no sense in today’s world. I had students who were gravitating toward film, but I tended to discourage them.”

Monroe was attending grad school in Colorado when he began reflecting on the roots of the South Beach Jewish community in which he had grown up.

“It hit me how unique it was and how rare it was,” Monroe said. “I decided to go home after grad school and spend a decade photographing what I knew was ending of that old-world Jewish culture. I knew about it because I grew up in it, but I also studied it.

“It was the end of a lineage of migration that started over 100 years ago with the czarist pogroms (in the Russian Empire) and then later the Nazi Holocaust, and those people filtered into Ellis Island and distributed through the Northeast, and they made South Beach literally the last resort and then they died.

“I’m Jewish, but my generation is essentially Americanized Jews. That old-world culture was on its way out. I knew it would take 10 years [to photograph], and I nailed it to the day.”

Tickets to the May 8 reception and the showing of The Last Resort cost $10 for general admission, and $5 for museum members and for Athens Theatre season-ticket-holders. For tickets, call the museum at 386-734-4371. For more information, visit www.moartdeland.org.

The exhibit “Gary Monroe: Photographs and Revelations” will be on view through Sunday, June 2, at the Museum of Art – DeLand Downtown Galleries, 100 N. Woodland Blvd. Gallery hours are 10 a.m.-4 p.m. Tuesday-Saturday, and 1-4 p.m. Sunday. Admission costs $5, but is free for museum members, for children age 12 and younger, and for all Volusia County Schools and Stetson University students.