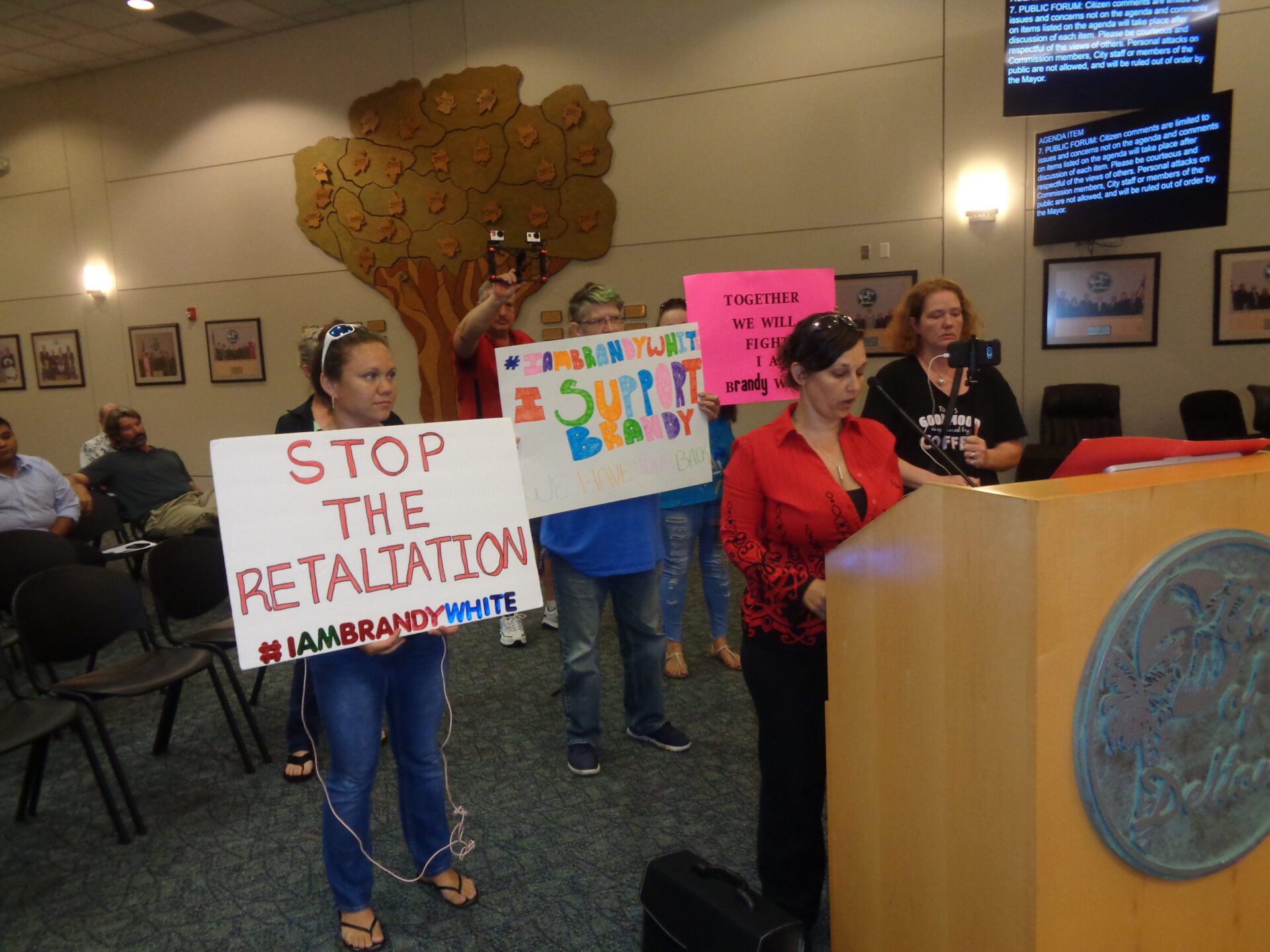 If a Deltona resident has a complaint about an official at City Hall, and files the complaint in writing, what happens?

That gap in handling grassroots grievances came to light at the May 6 City Commission meeting, amid ongoing dissidence in Deltona and a feud between City Manager Jane Shang and Brandy White, one of Shang’s more vocal critics.

“This has been going on for too long,” City Commissioner Loren King told his colleagues. “I have spoken to Brandy White on two occasions. I have asked our city manager for a written procedure on matters like this.”

White is one of King’s constituents in Deltona’s District 1, which includes the northeast part of the city. King said Manager Shang had asked him to meet with White, before arranging a conference between White and Shang.

Some of White’s supporters showed up at the meeting, holding signs supporting her as she spoke to the City Commission.

White has notified the city she intends to sue the city over a criminal charge that arose as a result of White asking for city records. King said he would like to see another way to deal with complaints against city officials.

“I am under the impression that there is no regulation, no process,” King said, suggesting White take her complaint to a grand jury, as well as suing the city.

King’s observation was confirmed by others.

“This city, as far as I know, does not have a formal process. We do not have a procedure,” City Attorney Marsha Segal-George said.

“We do not have a formal process for filing a complaint against a charter officer,” Herzberg said.

She said Deltona should seek information from other cities about how they handle complaints.

“Why are we telling our residents they need to file a formal complaint when we have no process for dealing with it when they do that?” King demanded.

“Our first duty is the protection of the city,” Nabicht said.

The City Commission unanimously voted to contact its insurer, whose identity was not disclosed. Neither Herzberg nor Assistant City Manager Dr. Marc-Antonie Cooper could provide the insurance company’s name.

Cooper promised to send the name of the firm to The Beacon, but on Wednesday the newspaper had not received it.

“I don’t know,” attorney Segal-George said, when asked the name of the company.

White, for her part, drew a distinction between her complaint and the intent to sue the city and its leaders.

“Your insurance will handle the claim. They will not touch the complaint,” she told the City Commission during the public-participation segment of the meeting.

White also said she is now afraid to come to Deltona City Hall, because her complaint has not been resolved.

“I’m in real fear of retaliation,” she added.