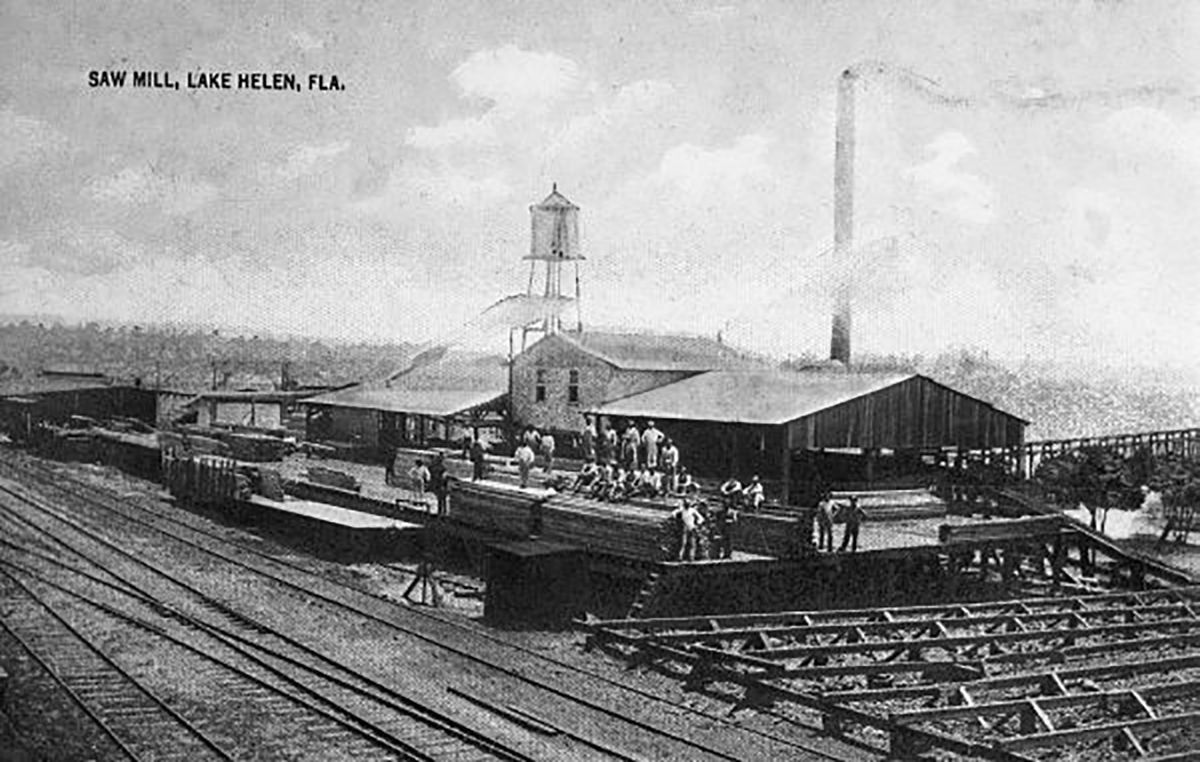 The industrial area of DeLand was once Downtown, in the middle of town. Lumberyards, bulk materials, gas delivery, etc., all were located within blocks of the city center.

These locations were served by a rail spur that ran from the main line on Old New York Avenue, which now connects us to the Amtrak Station. The terminus of this spur line was the present location of the College Arms Towers retirement high-rise at the corner of North Amelia Avenue and East New York Avenue.

Before the current Volusia County Courthouse was built on North Alabama Avenue, Fish Memorial Hospital stood on that site. Before that stood the College Arms Hotel.

The spur line delivered guests directly to the hotel via the hotel’s private rail station and platform. It was said that a passenger could “board in New York City and disembark in DeLand without ever having to deal with the mud of travel.”

I imagine that, in the early part of the 20th century, muddy roads were the rule rather than the exception.

In addition to the hotel, the train would nightly serve the various businesses along the line.

In my youth, the College Arms Hotel station was converted to a feed store, with boxcars lined up along North Amelia Avenue.

What’s now a park at Painter’s Pond on East Wisconsin Avenue was the location of the printing company, a large wooden structure with bold lettering on its side identifying the business.

The rail ran along the north side of the pond. Parts of this line still exist to the west, but it is seldom used.

Where the rail crossed North Amelia Avenue (on its way to the feed store) was an African American community called Red City. It was a mini-Downtown area with businesses and various storefronts.

The area offered modest frame homes, some of which are still in existence. Most of them have been absorbed by Stetson University’s expansion.

On hot nights, sleeping could be a challenge. Many nights I lay awake, turning the pillow for the cool spot and listening to the train.

With open windows and little noise from the town, you could hear the clack of the wheels and the uncoupling of the rail cars. The line ran three blocks from my home, but the humid night air carried the sound very clearly.

It is one of the more reassuring memories for me. Without a sealed and silent house, we could hear, smell the orange blossoms, and truly experience DeLand in the dead of night.

My hope is that, even today, a child who can’t sleep, with open windows, hears the very breath of our community and imagines a future life full of hope and ambition.

In years to come, that child may be sharing memories of a special time in his or her life, in a DeLand far different from the one that we all love today.