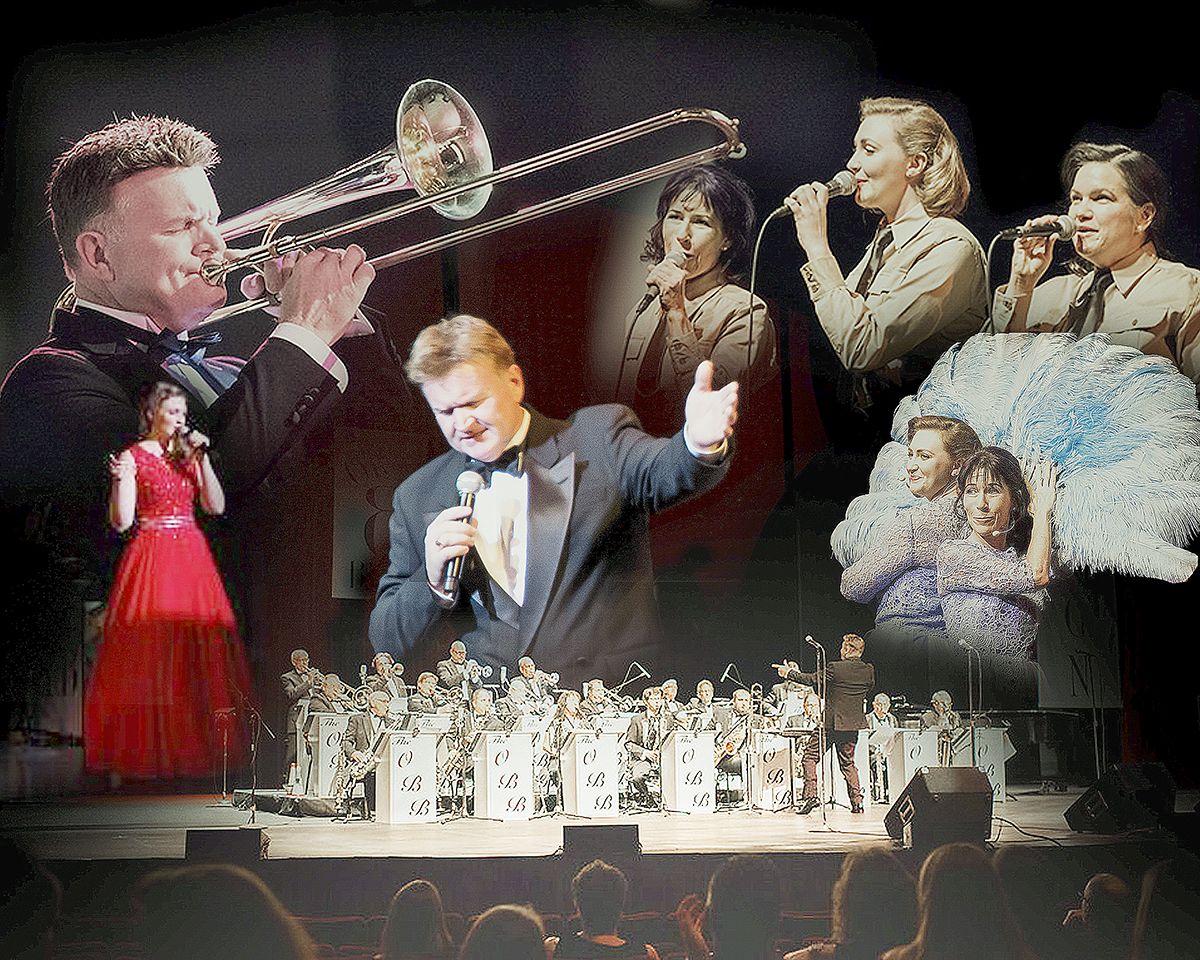 The Athens Theatre in DeLand is bringing back the big-band era Saturday, June 15, with one swingin’ concert by The Orlando Big Band. The show is called “Swingtime in the Springtime.”

You don’t need to be a “Big Spender” or get your outfit at “Tuxedo Junction” to find this band “Unforgettable,” so, even if you have to take the “Chattanooga Choo Choo,” you should “Shoo Shoo Baby” to the theater, because they’ll put you “In the Mood” for “All That Jazz!”

The Orlando Big Band began with the purpose of re-creating the live music of the Big Band Era with all the little details. The band members have been wowing audiences ever since with their dedication to the swingin’ classics that pulled America through some of the toughest years on record.

This impressively large band brings back the vintage sound and great tunes by Glenn Miller, The Andrews Sisters, Benny Goodman, Artie Shaw, Woody Herman, Cab Calloway and many others in true form. With the music having been transcribed from the originally pressed Decca and Bluebird recordings, each melody is an audio re-creation of the original live performance.

Band director and founder Bennett Harmon’s passion for this music is evident by all the extra little steps he has taken to perfect the band’s performances. Because of efforts to re-create as much as possible the original inflections and dynamics, each tune takes on a life of its own.

The Orlando Big Band sports an ensemble of 19 musicians, four featured vocalists, and an Andrews Sisters tribute. It’s no wonder they have become one of the most active and sought-after bands in Florida.

“Swingtime in the Springtime” will be performed at 7:30 p.m. Saturday, June 15, at the historic Athens Theatre, 124 N. Florida Ave. in Downtown DeLand.

Tickets cost $25 for preferred reserved seating (rows A-E, center, and rows CC-DD balcony center); $22 for adults; $20 for senior citizens and veterans; and $10 for children. A $3-per-ticket processing charge and 6.5-percent sales tax will be added to each purchase.

All tickets are available online at the theater’s website www.AthensDeLand.com or by calling the box office at 386-736-1500. Box-office hours are 1-5 p.m. Wednesday-Saturday, and one-and-a-half hours before live performances.