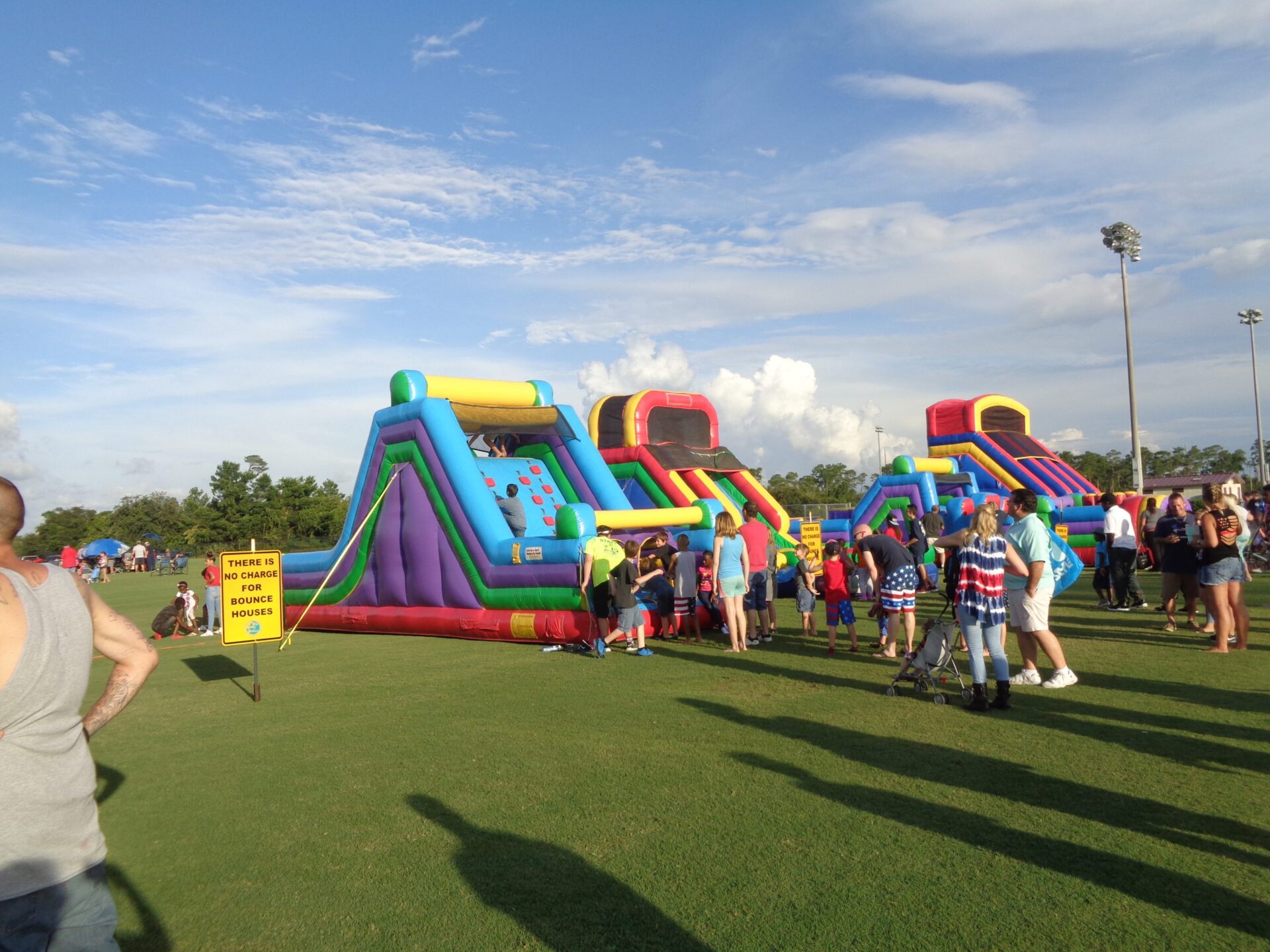 Citing fears they may be held responsible if someone gets hurt while playing, Volusia County officials have banned inflatable structures in their public parks.

The ban on such fun items as bounce houses and portable water slides comes as families prepare to celebrate July Fourth. Word of the decision came after The Beacon received a tip from DeBary officials that the county had decided to forbid the placement of the big toys in Gemini Springs Park, the site of one of the biggest public Independence Day holiday gatherings.

“The County Council has not adopted any policies on inflatable devices,” the county’s position statement reads. “However, the county staff has advised DeBary that based on the risk of traumatic head injury to young children, the risk of improper installation, a lack of on-site monitoring, and the unavailability of special events insurance, the county no longer allows such devices in county parks.”

That statement was released June 14 after delays in responding to The Beacon’s repeated requests for information about the reports of a prohibition on inflatables in county parks.

Calls to county staffers were not returned, but County Council Vice Chair Fred Lowry said June 11 he had heard from the county’s legal department that the ban was coming because of concerns about the county’s liability in the event of a personal injury. Thus far, county spokesman Kevin Captain said, there is no pending lawsuit against the county over inflatables in parks.

Lowry, nevertheless, said he intends to raise the issue at the council’s June 18 meeting.

“You know, we have such a wicked situation, where people will sue over almost anything,” he said.

The County Council, as a policymaking body, could override the administration’s decision and allow the inflatables to be set up in the parks.

DeBary City Manager Carmen Rosamonda said he first learned about the ban on inflatables in a meeting with county staffers in May.

“The county, based upon their opinion from their Risk Management [department] and their attorney, has decided that because they have liability, [and have] banned bounce houses,” he noted. “They have banned all inflatables.”

Rosamonda added he heard the decision from the county’s Parks and Recreation director, Tim Baylie. Baylie could not be reached for comment.

“We were caught off guard. We were planning on inflatables,” Rosamonda said.

The nonprofit group planning DeBary’s July Fourth festivities, known as Citizen Event Organizers, was likewise dismayed by the decision, according to Howard Gates, a member of CEO.

“We’ve had several meetings with the county and the city about this,” Gates said. “We were not told until May 9.”

With no bounce houses in sight, what alternative fun activities will be available for the younger children who feel a need to burn off excess energy while waiting for the fireworks?

“I don’t understand it,” he concluded, regarding the county’s decision.

What happens next? Stay tuned.