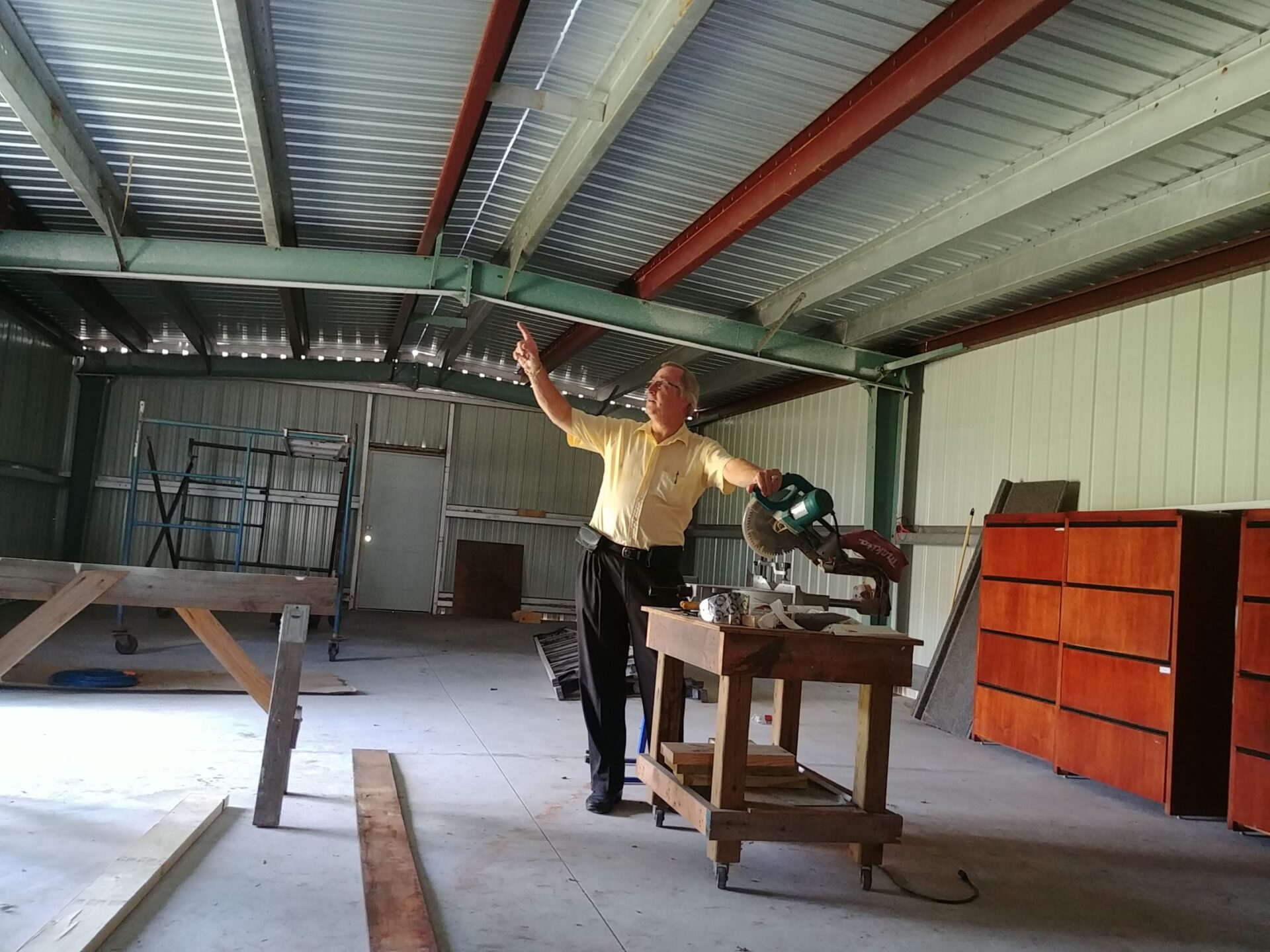 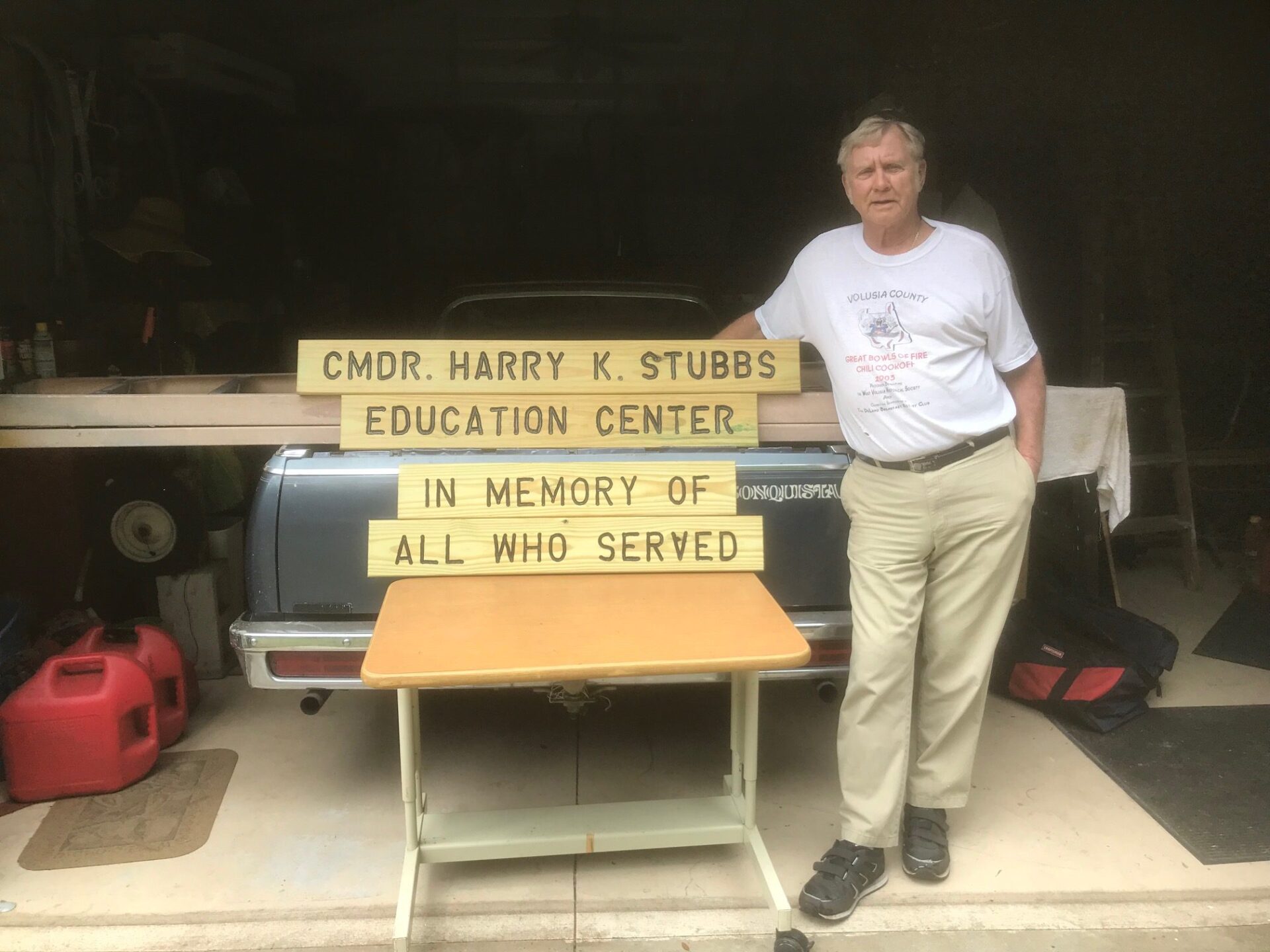 In 2018, the City of DeLand decreed that an old and deteriorated shed owned by the DeLand Naval Air Station Museum was worn out and would be bulldozed into scrap.

Museum members thought the steel-frame bones of the old building could be salvaged as the framework of a new classroom and display building, and declared their own Phoenix Project to save and reuse what they could, on a shoestring budget.

Thus began the story of a community and a selfless coming together of supportive volunteers and local businesses for a good cause.

First up was the City of DeLand, which held off the bulldozers so museum volunteers could take the framework apart to move it. The city also helped with the new building’s slab.

Enter Tom Bechtol of Bechtol Engineering to do the structural engineering on the new building, and help steer the project through the necessary engineering approvals and permits.

One of the NAS Museum’s goals is to bring a Sea Scout branch to DeLand, and have the new building be its headquarters. The building is also earmarked for some much-needed expansion of display space, so displays now in storage can be shown.

Scott Storz handles special projects for the DeLand Naval Air Station Museum, and his enthusiasm helped bring Bill Fraser of Bill Fraser Construction on board to help with roofing and siding, while Ron Herman of All Quality Products contributed doors and hardware.

Work has been done mostly by the museum’s 20 or so active members, with help from Embry-Riddle Aeronautical University’s Riddle Redeemers, a group of student volunteers.

Going under the title of “head gofer” is Stolz’s 95-year-old father, Gene, who is also an active docent at the museum.

“We’re hoping for anyone who has extra display cases to step up and donate them to our new display space,” Storz said.

When will the newly resurrected phoenix be ready for visitors? Storz shook his head.

“It is all volunteer labor, you know, so there is no firm timetable,” he said.

Still, the shell is up and dried in, so the heaviest lifting is behind them.

The new building sits behind the museum’s restored PT boat at 910 Biscayne Blvd. on the DeLand Municipal Airport.

The next step is to spray in blue foam insulation under the roof. Why blue?

Storz got a wistful look.

“Just think how all our airplane models will look against that blue sky foam,” he said.