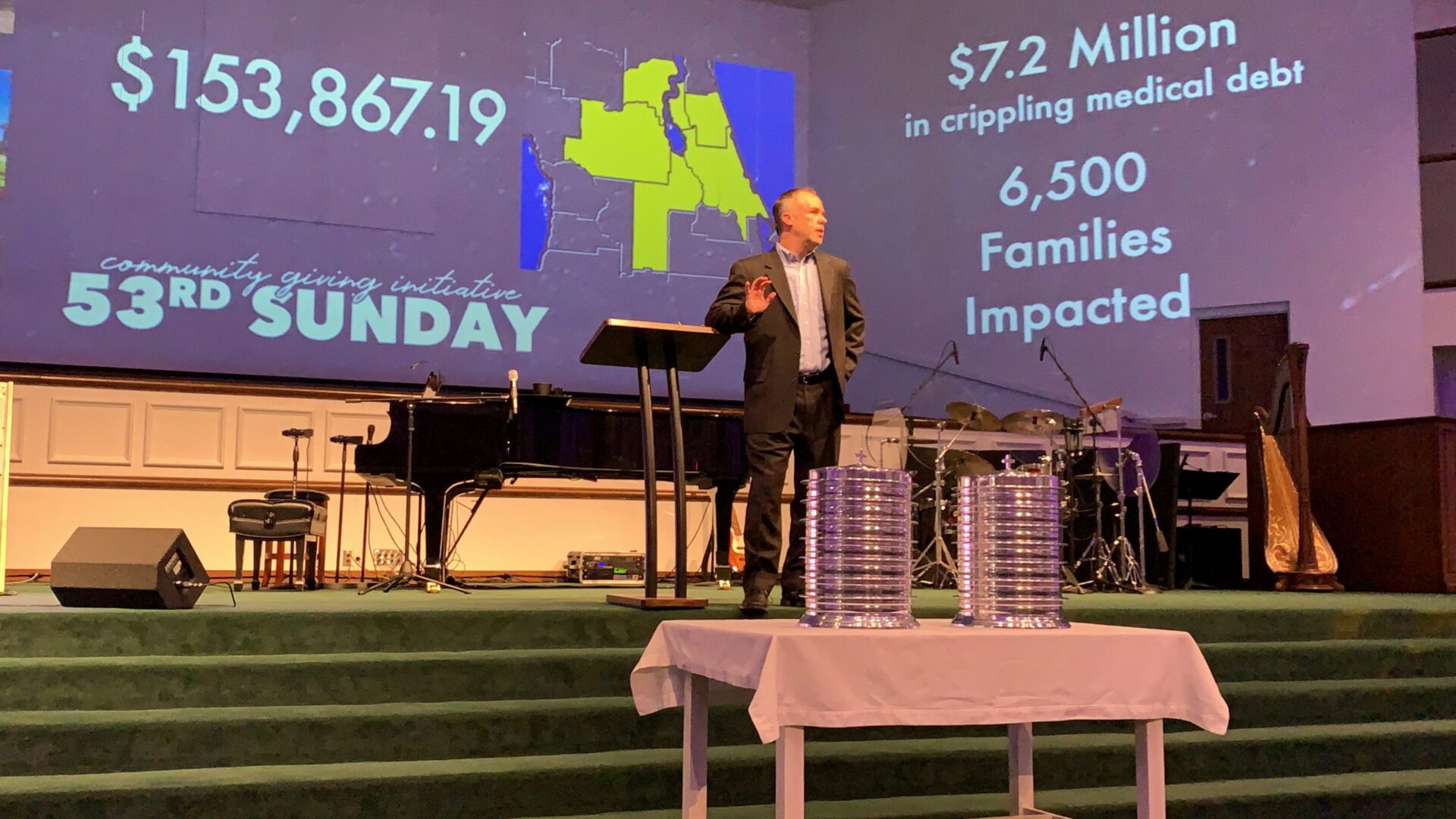 Thanks to donations made at a DeLand church, some 6,500 individuals and families in Central Florida will have their medical debt forgiven.

Through two nonprofit organizations, the amount is enough to fund three foster homes for a year, and wipe out $7.2 million in medical debt.

“To say that we are surprised is an understatement,” Stetson Baptist Church Senior Pastor Dr. Dan Glenn said, adding, “This is what the love of Christ looks like in a very practical way.”

Stetson Baptist operates on a July 1-June 30 fiscal year, and sets its budget based on 52 Sundays of giving.

When the church realized June 30, 2019, would be an “extra” Sunday, plans were made for a community-giving initiative, and two charities were chosen to support: RIP Medical Debt, and One More Child, also known as Florida Baptist Children’s Homes.

Through RIP Medical Debt, $100 of debt is forgiven for every $1 donated. Stetson Baptist had hoped to raise about $24,000 to wipe out the medical debt of near neighbors, but ended up helping far more people.

“Our goal was to give enough to abolish crippling medical debt in Volusia County, but God showed up through the sacrificial giving of all ages — children up to senior citizens,” Glenn said.

The funds raised will wipe out the debt of low-income RIP clients in Volusia, Lake, Putnam, Marion and Flagler counties.

RIP Medical Debt purchases a portfolio of medical debt and forgives the debts of people who earn less than two times the federal poverty level.

The other half of the money given will be used by One More Child to provide diapers for newborns, food for hungry children, safety for abused and trafficked children, and foster homes for children in crisis, church officials said.