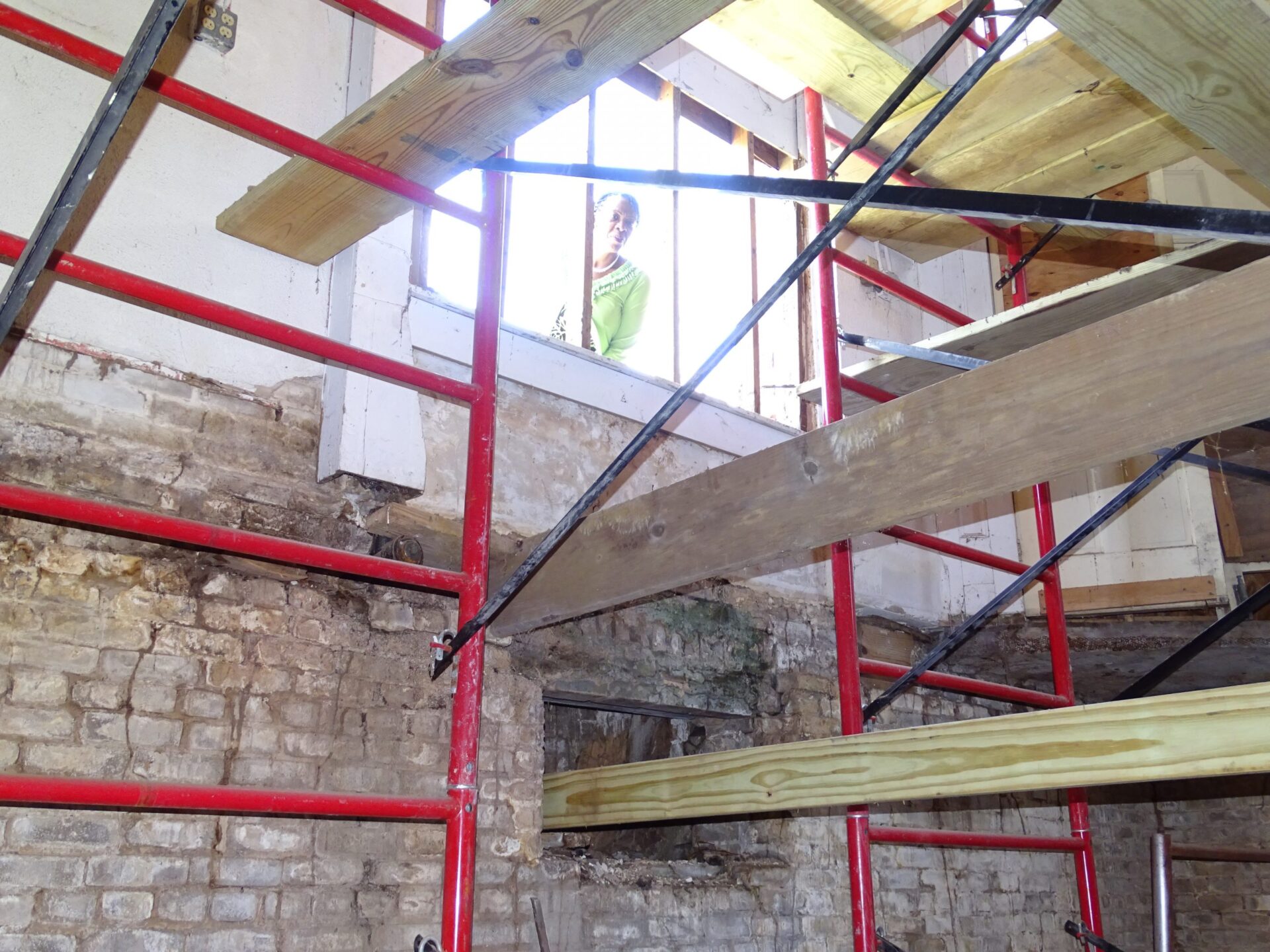 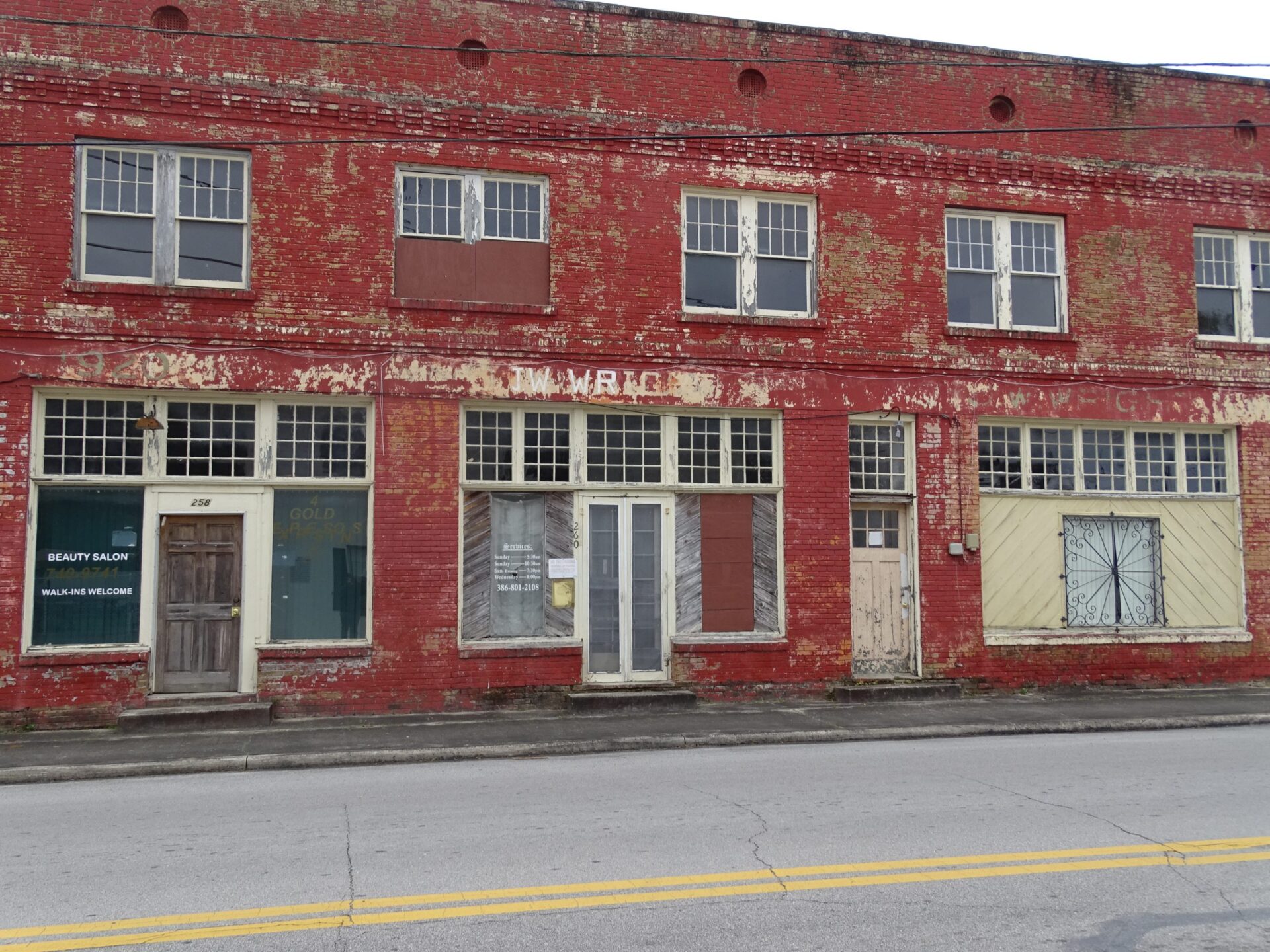 An effort to restore an ailing commercial building in what was once a booming African American business district got a six-figure boost recently.

Greater Union Life Center, which owns the J.W. Wright Building on the corner of West Voorhis and South Clara avenues in DeLand, announced July 5 that the project received a $100,000 grant from the National Trust for Historic Preservation.

The Wright Building was one of 22 sites and organizations nationwide that received funding from the National Trust’s African American Cultural Heritage Action Fund.

In late 2016, Greater Union First Baptist Church, also at the corner of Clara and Voorhis, purchased the building and transferred its ownership to the church’s charitable organization, Greater Union Life Center.

The Wright Building, constructed in 1920, has been vacant for at least a decade, and years of neglect, storms, vandalism and other ills caused it to fall into severe disrepair.

While the exterior structure of the building remained more-or-less fine, at the time the GULC acquired the building, interior portions of the once-bustling building were falling apart, with parts of the floor missing.

The Wright Building Restoration Project was chosen from a pool of more than 462 applications totaling over $40 million in requests for support from the Cultural Heritage Action Fund. In all, the fund has paid out $1.6 million this year to support efforts to preserve African American history.

The Greater Union Life Center hopes to transform the building into a place that hosts small businesses, a cultural-heritage museum, a community-focused grocery store, and an incubator that supports fledgling businesses.

The new owners are working with a committee of local people interested in historic preservation, including Mark Shuttleworth, owner of Florida Victorian Architectural Antiques.

The group behind the restoration had considered applying for a Volusia County ECHO grant to stabilize the building, but ultimately opted to hold off. ECHO is a special county fund providing grants for environmental, cultural, historic and outdoors-related capital projects.

Shuttleworth has been helping manage the project. He said the group was very pleased to be among those chosen to receive grants.

“When it came in, we were really surprised, particularly at the quality of the other organizations that were getting money,” he said. “So we’re with an honored group of leaders for black history. It’s nice to see DeLand included.”

Among the 22 projects, for example, is Harriet Tubman’s home in Auburn, New York.

Shuttleworth said some of the grant monies could be used as matching funds for a future ECHO grant.

Crews have been working for months to stabilize the building, which Shuttleworth said has been in a precarious condition for the past decade.

“We’re going to get serious in the next couple of weeks putting in floor joists,” he said.

Much work remains to be done, but those involved are optimistic. Shuttleworth also spoke highly of some of the partner organizations involved in the restoration project.

Among other groups, he said Stetson University’s Center for Community Engagement has been particularly helpful with the project.

“There’s a lot of work to do, but it’s real exciting,” Shuttleworth said.