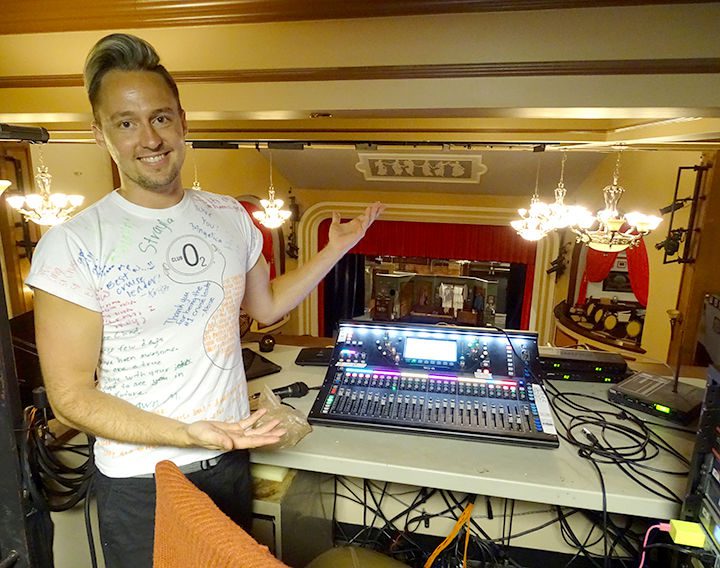 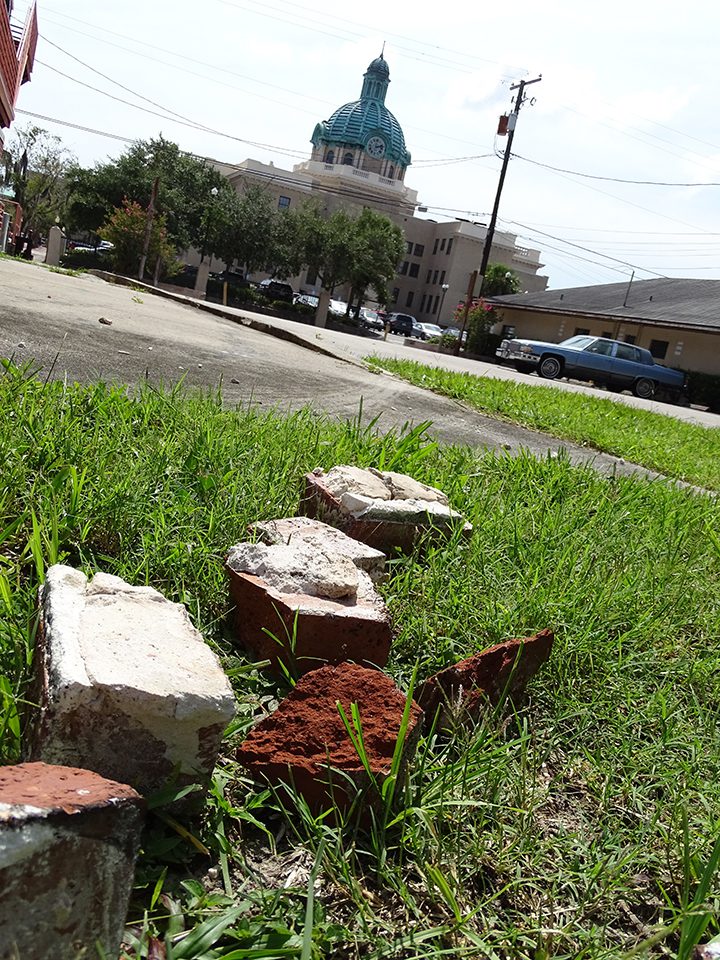 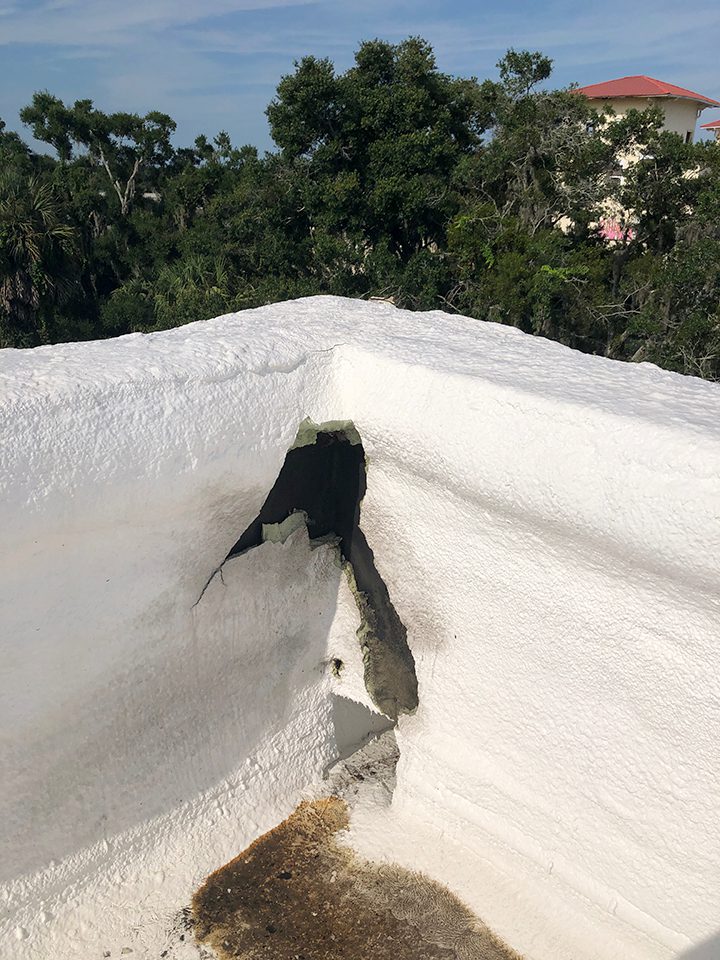 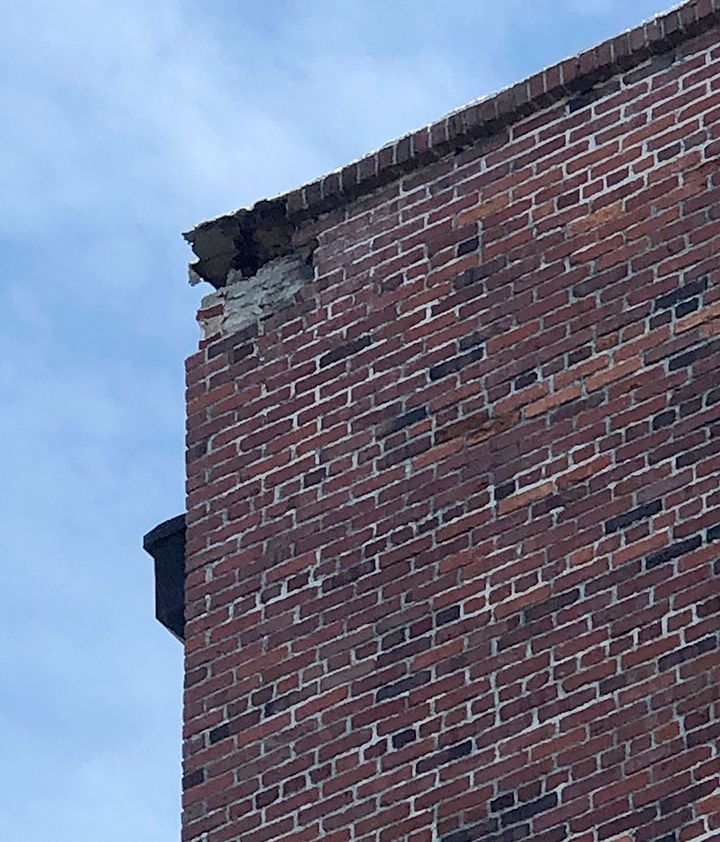 Lightning struck the Athens Theatre in Downtown DeLand during a spectacular evening storm July 17, blowing bricks off a top corner of the back side of the building.

“It shot it out almost like a cannon,” Athens marketing director Alexa A. Baldwin said.

Dress rehearsal for The Producers was underway shortly after 6 p.m. when the bolt struck the roof. No one was injured, but the power surge knocked out ports in the theater’s soundboard, in addition to scorching a hole through a fairly new membrane roof and shattering the bricks, which lay scattered on the ground behind the theater.

The Producers — the Athens’ first show of the season — opens to the public Friday evening, July 19.

“We’re starting off the season with a bang,” quipped Chad Erickson, director of lighting and sound for the Athens. He was in the basement of the theater when the lightning bolt hit.

“You could feel the static in the air, and there was like a mild frying sound, then a boom and the lights went out,” Erickson said.

He said the theater has comprehensive and well-rehearsed procedures for dealing with power outages and similar situations, and there were no problems. The lights came back after a few minutes.

“You’ve just got to roll with the punches,” Erickson said.

He said the sound will be functioning adequately for the play Friday evening.

The soundboard is fairly new and under warranty, because it had to be replaced in 2018 after lightning struck the building then, taking out the entire soundboard and four speakers.

Baldwin was hustling July 18 to get repairs going.