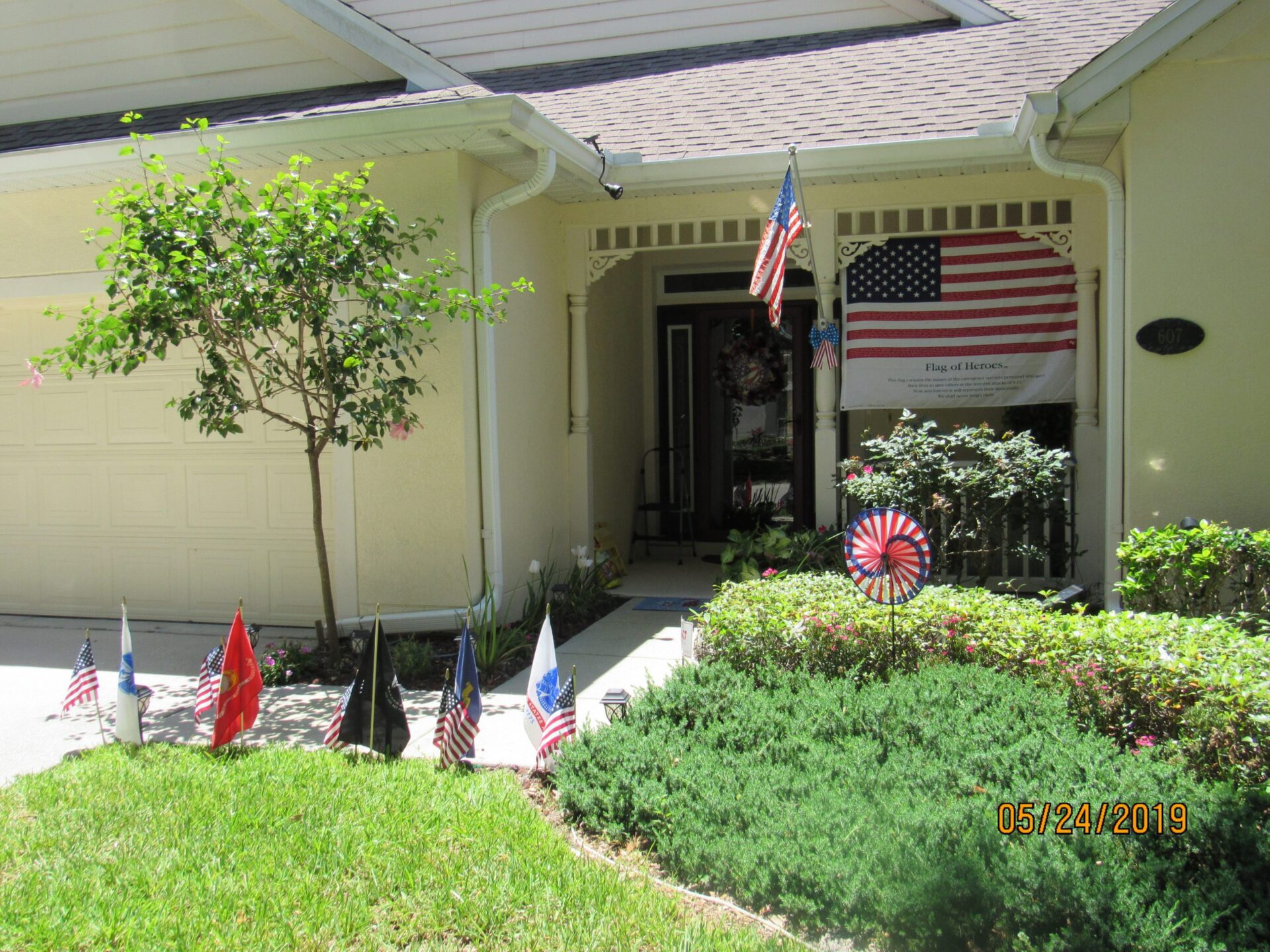 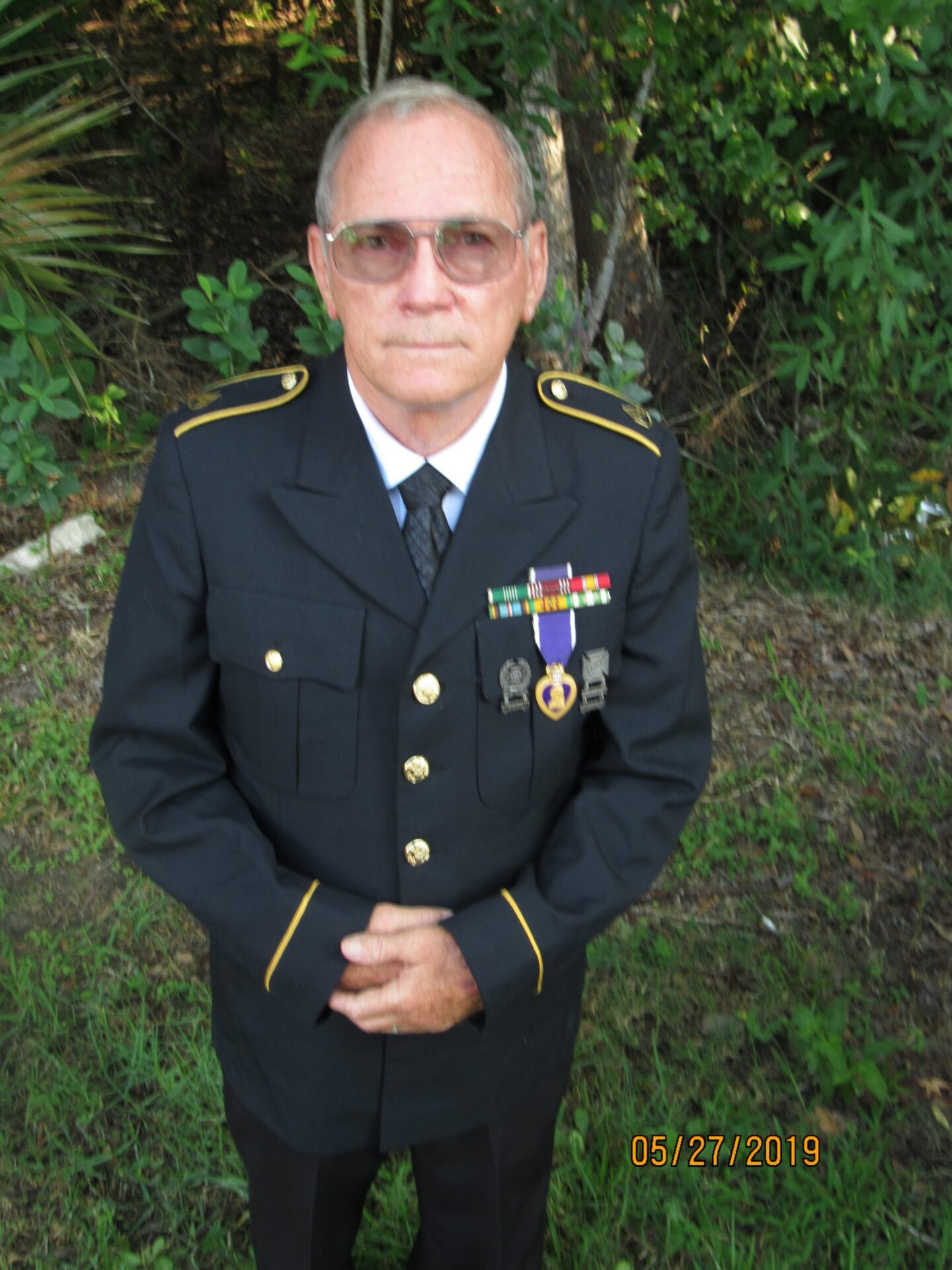 A DeLand veteran who served three tours in Vietnam and earned a Purple Heart was dismayed to learn his neighborhood’s homeowners association was giving him grief over flying the American flag.

Bruce Wasson, who lives in the Victoria Gardens section of Victoria Park, received a letter saying he needed to get a permit for the flag that hangs near his front door, or risk a fine.

The letter is from Evergreen Lifestyles Management, the company running the Victoria Gardens HOA.

The letter angered Wasson, who served a total of nine years between the U.S. Army and U.S. Navy and was awarded the Purple Heart after being injured in a helicopter crash.

“I’m angry as hell. Especially after serving my nation,” Wasson said. “Vietnam was useless, but my government sent me there, and I served well. To have somebody tell me I can’t fly the flag, after I bled for my country.”

Wasson is retired after serving as a Boy Scout chaplain for 37 years and as a hospital chaplain. He now serves as a volunteer chaplain for his church, Volusia County Baptist in Orange City.

He said the HOA is violating the federal Freedom to Display the American Flag Act of 2005.

The law says HOAs, condo associations and other similar groups may not “adopt or enforce any policy, or enter into any agreement, that would restrict or prevent a member of the association from displaying the flag of the United States on residential property within the association.”

Florida’s own state law regulating HOAs contains a similar provision, stating residents may fly a U.S. flag or Florida state flag, along with a flag of one of the U.S. military branches, “regardless of any covenants, restrictions, bylaws, rules, or requirements of the association,” as long as each flag is no larger than 6 feet by 4.5 feet.

Wasson doesn’t believe his flag runs afoul of the law.

Clara Muñoz-Feliciano of Evergreen Lifestyles Management, the community-standards administrator for the HOA, said the HOA has no problem with Wasson having a flag, but required documentation.

“I issued a friendly reminder letter to Dr. Wasson regarding his flag and other additional items he has on his property. We are well aware of the state statutes,” she said. “The letter states to submit an ARC application for his additions. We request this information so that we can document his additions and place it in his lot file. We did not tell him to remove it.”

Michelle Saunders, who serves as Victoria Park community manager at Evergreen, clarified that the application was just to verify that the size of the flag is within the limits of the law.

“This is just for documentation and to verify the size of the pole and flag are within the allowable limits as set by Florida Statute 720.304,” she said. “As an Active Adult Community, Victoria Gardens has many veterans which we have the highest respect for and hold several functions throughout the year to honor our resident veterans.”

Wasson said he’s counted no fewer than 19 other American flags flying on his street, and said the neighbors he’s spoken to haven’t been made to submit applications for their flags, apart from those with stand-alone flagpoles in their yard.

In addition to the troubles around the flag at his own home, Wasson said he had also noticed the flag in front of the Victoria Gardens clubhouse was not being properly lowered to half-staff when necessary.

He took it upon himself to raise and lower it as needed — something he said the clubhouse staff were thankful for — but he recently noticed a lock was placed on the flagpole, so he can no longer do it.

Wasson thinks he may be getting singled out because of this or other disputes with the HOA, including a lawsuit he filed over a portion of sidewalk where he tripped in 2017. One section of the sidewalk is 4 inches higher than the next section, because of tree roots growing under it, Wasson said.

“It’s still not fixed, and neither am I,” he said.

Wasson said he has consulted with his attorney about the flag letter, and doesn’t plan to file the requested application with the HOA.