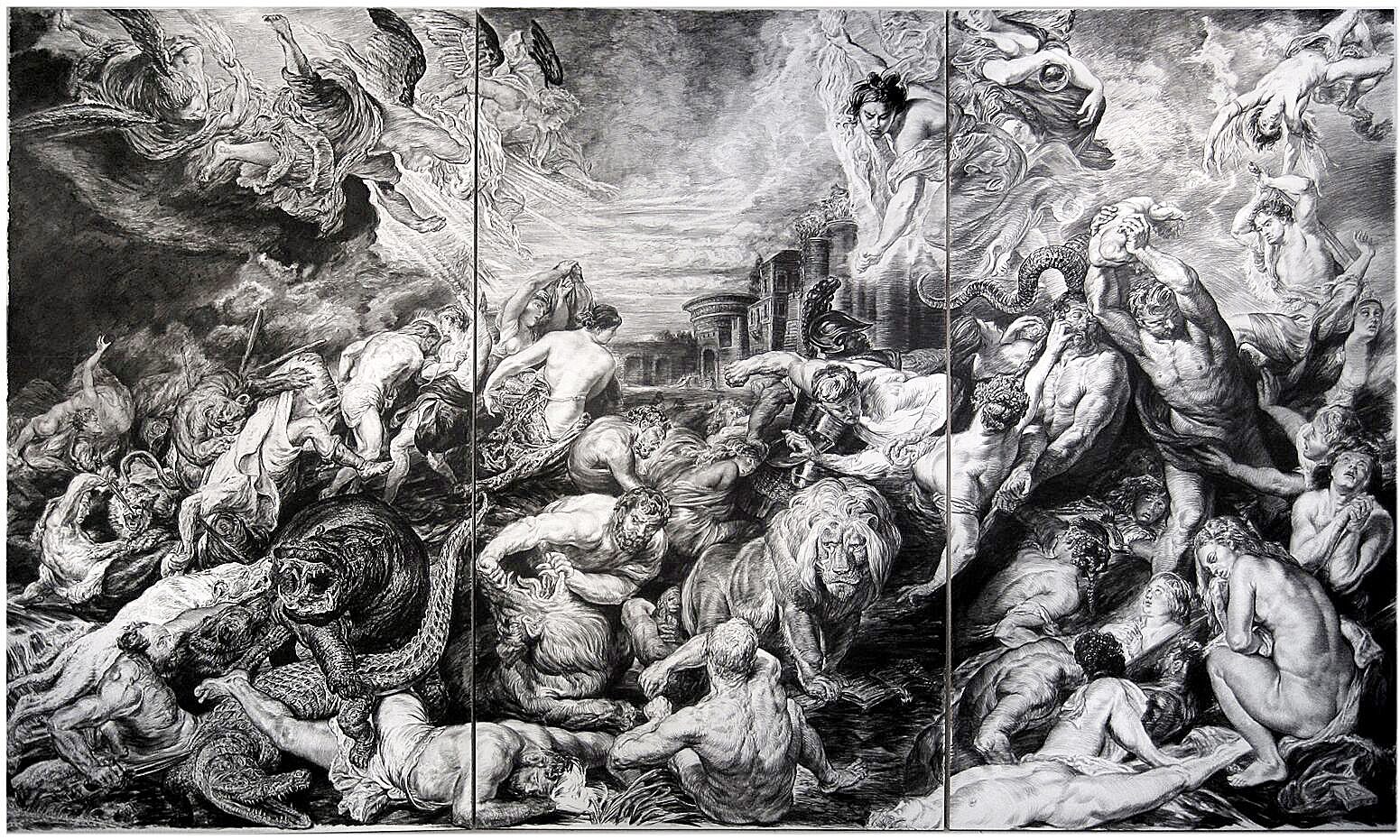 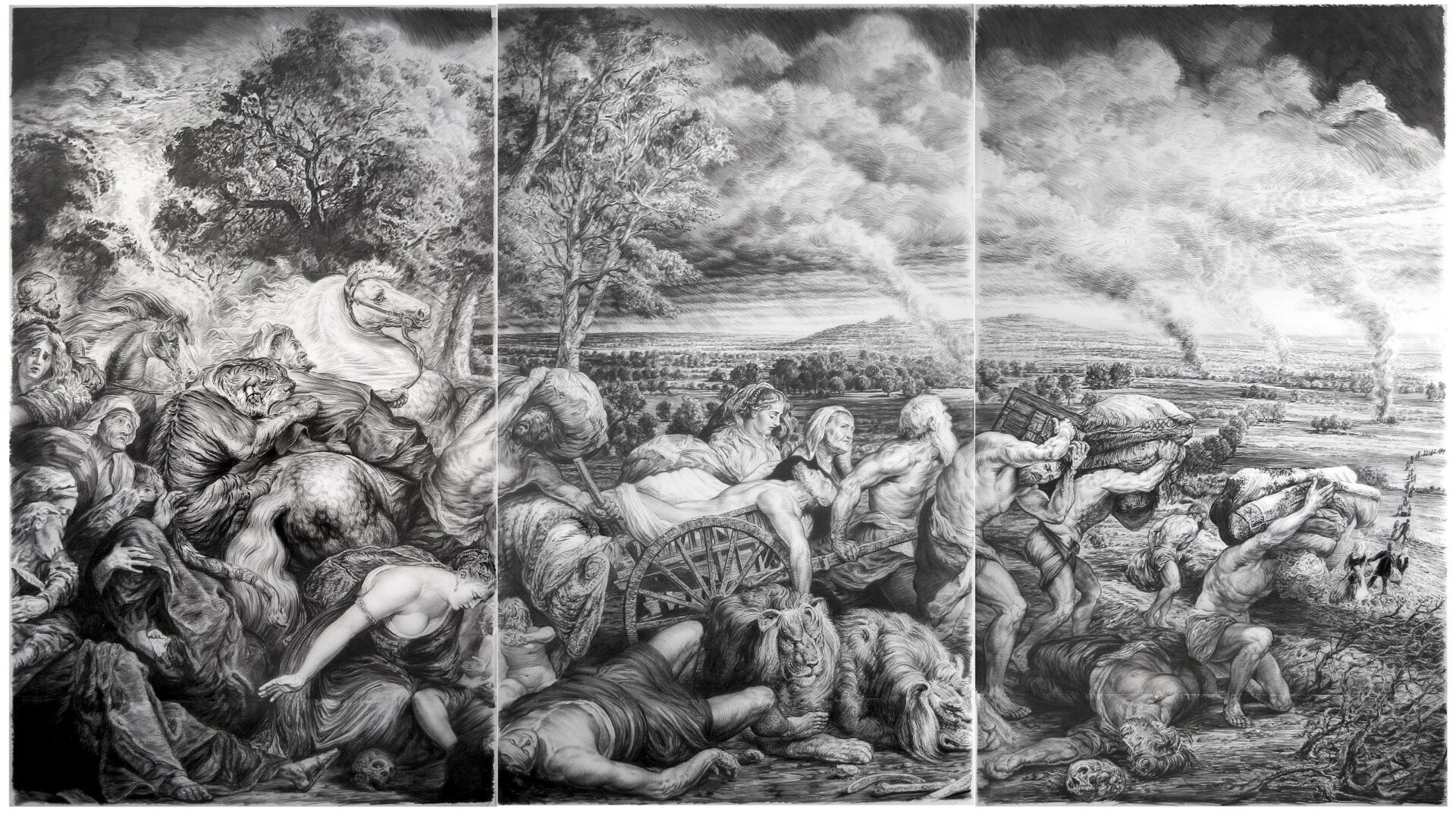 Throughout history, people have fled their homes because of war, government corruption, religious conflicts or natural disasters. The forced displacement of these individuals or refugees continues in the world today.

In 2018, the number of people worldwide who had been driven out of their home and country as a result of persecution, violence or human-rights violations reached 70.8 million, according to the United Nations High Commissioner for Refugees (UNHCR). The number of people displaced increased by 2.3 million people from the previous year, a record high.

Artist Rick Shaefer’s reactions to the international refugee crisis are featured in his large-scale, charcoal triptych drawings that portray people of ancient times fleeing by land or water and experiencing the conflicts at borders, in three thematic panel scenes.

The Hand Art Center is at 139 E. Michigan Ave. in DeLand.

Admission to the Hand Art Center is free and open to the public.