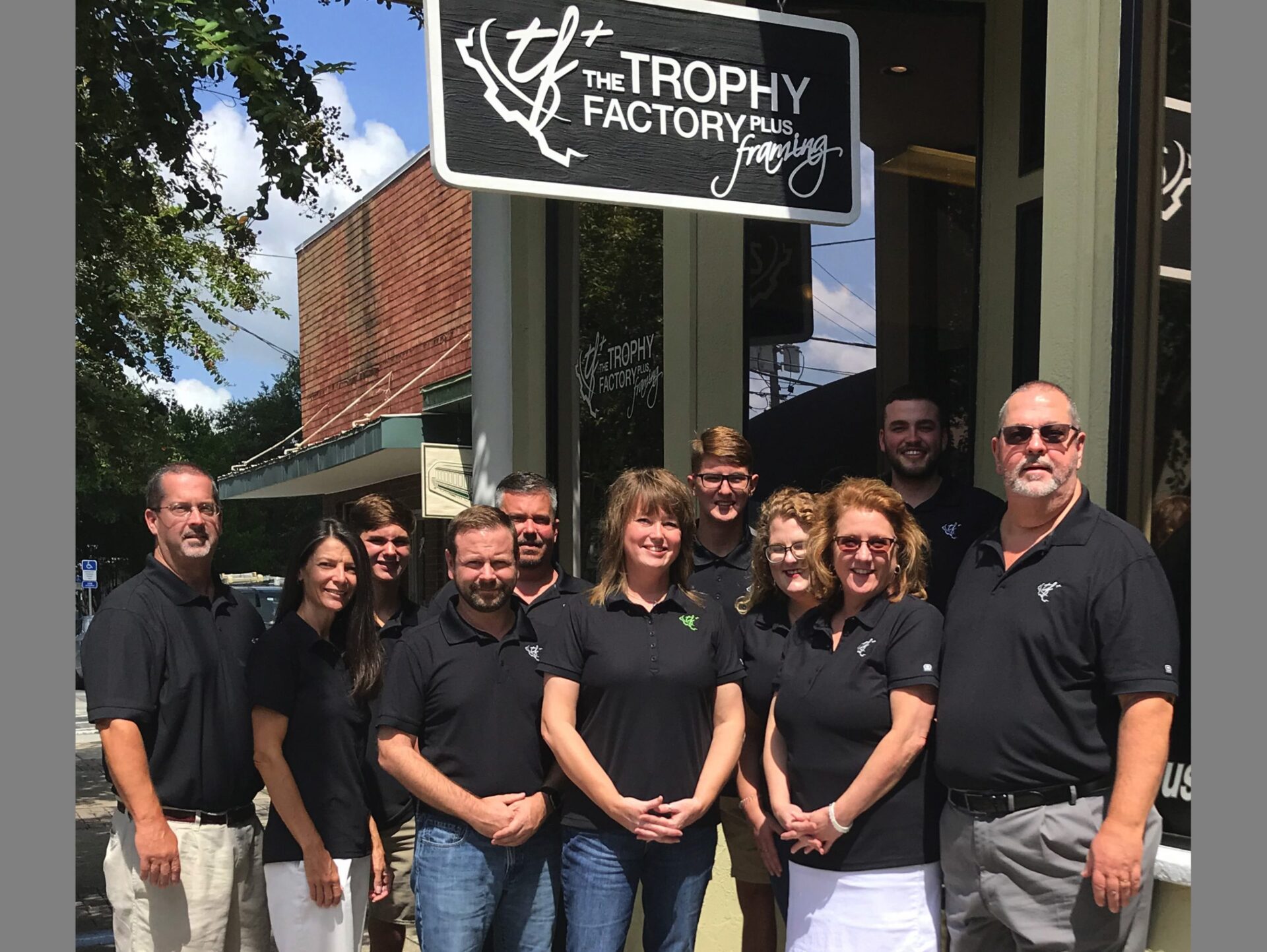 Trophy Factory Plus Framing, a leading producer of laser-engraved products, trophies, framing and promotional items in Downtown DeLand since the early 1970s, is under new ownership.

DeLand natives Jeffrey and Mark Johnston, who also own and operate the E.O. Painter Printing Co. in DeLeon Springs, took over Trophy Factory Plus effective Aug. 1.

The brothers’ top priorities are to continue the excellence in customer service, and to maintain high product standards as well as strong community involvement.

“We believe the strength and experience of the current staff will be the cornerstone for the future legacy of the business,” the brothers said in a news release. “We are excited and optimistic that we can be positive stewards of the vision of the previous owners.”

Trophy Factory Plus Framing was previously owned and operated by Brad Strickland, who was a strong presence in West Volusia, brought the business to the current Downtown location, and expanded the business into framing. Strickland died suddenly last August at age 43.

In a later interview, Jeff Johnston said buying Trophy Factory Plus could complement the family’s printing business, which has been in continuous operation in West Volusia since 1886.

“It seemed like a good opportunity to expand our approach to our legacy business and rekindle our roots with Downtown DeLand,” Jeff Johnston said. “These are two separate businesses for us. Some synergies may be possible in the future, but both companies are very viable.”

The Johnston brothers will both split time at each business, but their approach will remain united.

“We think alike and support each other in our decisions,” Jeff said.

Jeff Johnston was excited that the Trophy Factory Plus product list is so extensive, much more so than it could be for the printing company.

“There are probably a million products Trophy Factory Plus can sell,” he said with just a touch of hyperbole. “Options are more limited in print.”

No changes are planned at Trophy Factory Plus, Johnston said. The hours will remain the same, 8:30 a.m.-5 p.m. Monday-Friday, and the current staff will remain in place.

“We want to continue to grow the business, and we wanted to ensure the existing staff was committed to staying,” he said.