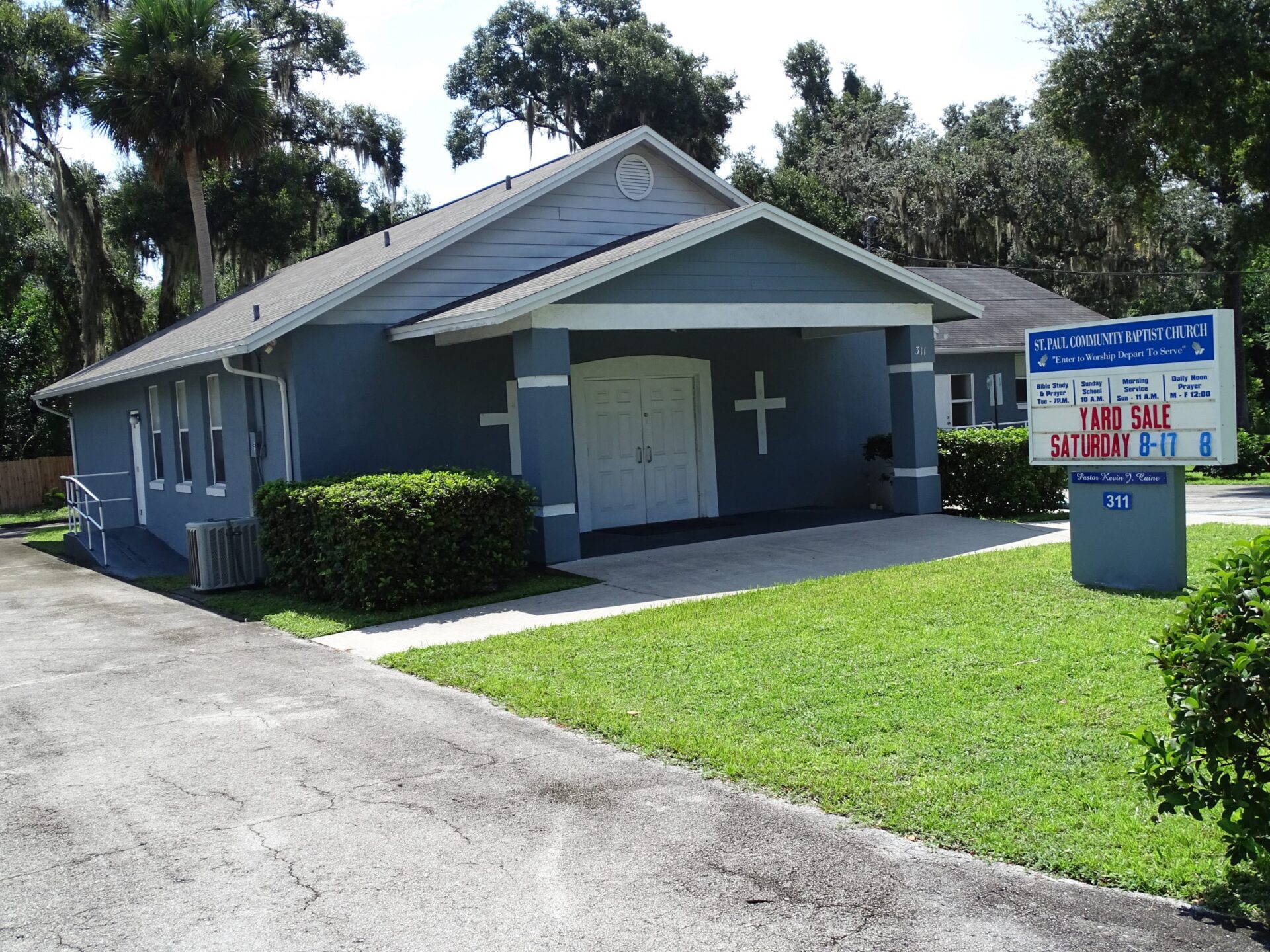 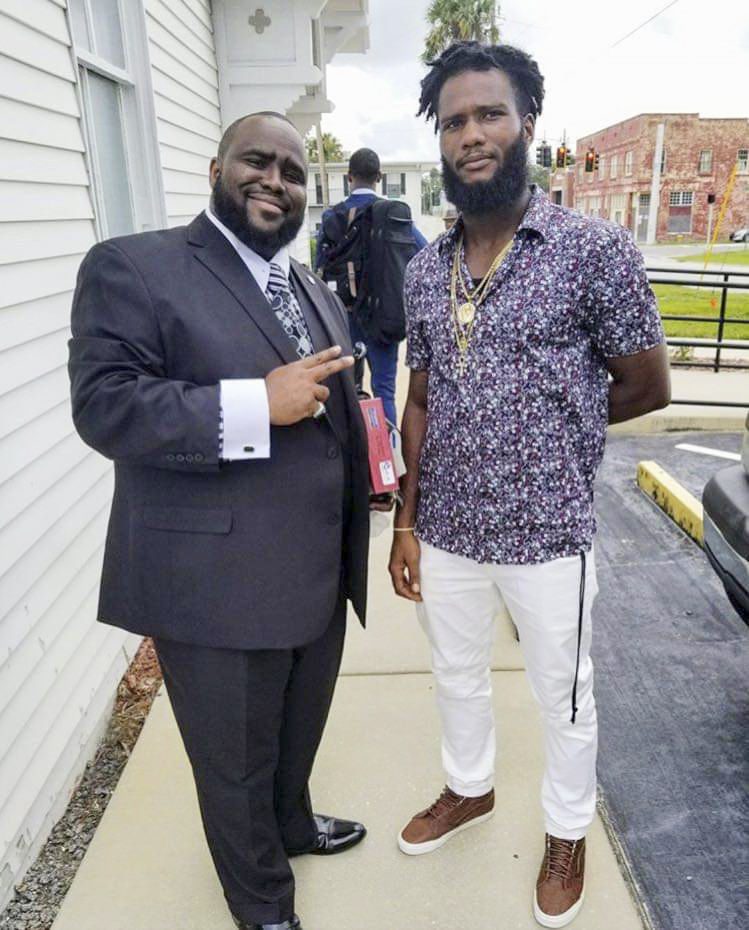 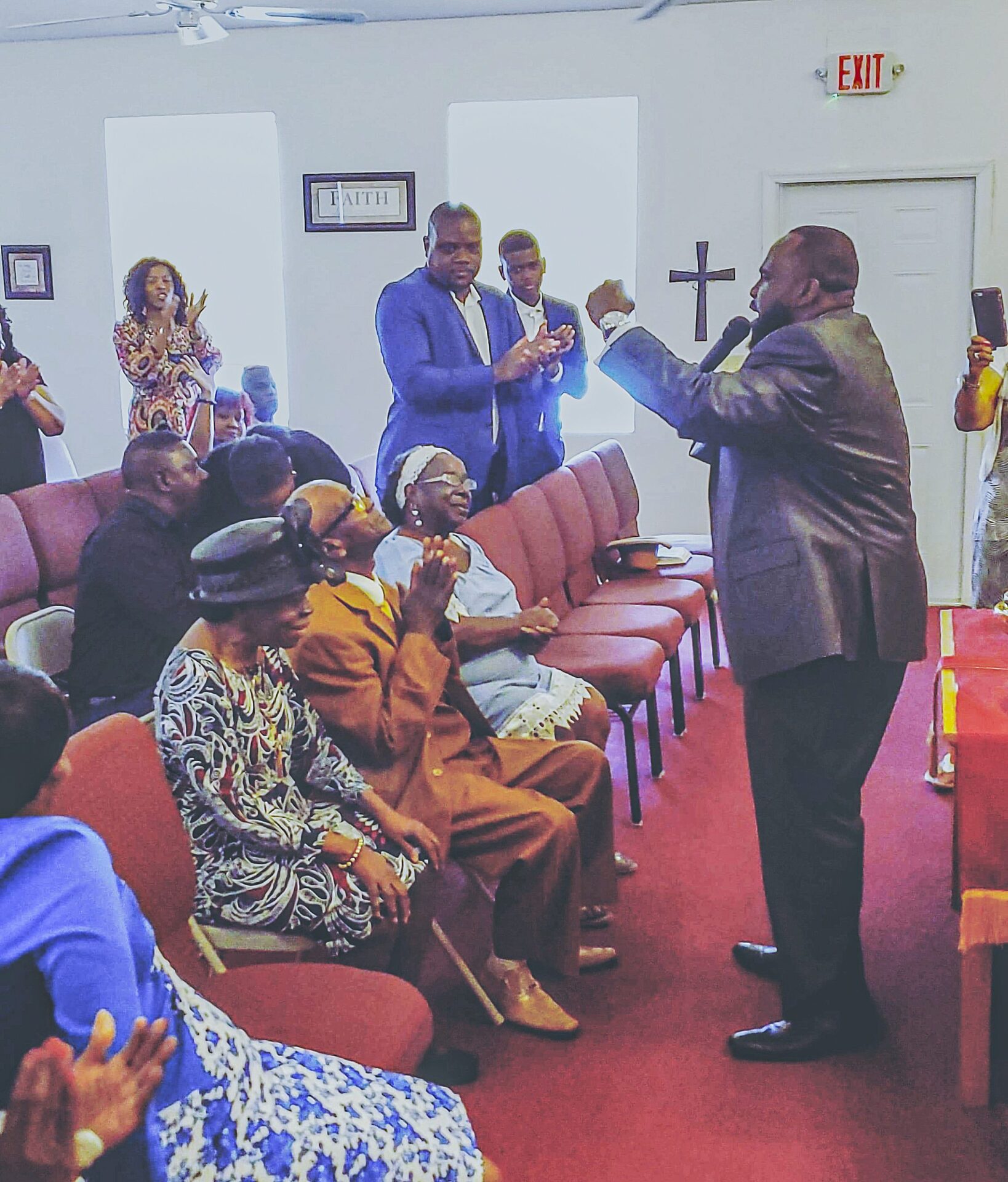 Another grand-praise report is upon us, as we welcome Pastor Kevin Caine as the new proud pastor of St. Paul Community Baptist Church in DeLand.

As a community advocate, Caine has served as a mentor for many young men, starting when he was a young adult, and continuing as a YMCA youth counselor and member of BASIC (Brothers Advocating Service Inspiration in the Community).

“I truly thank God for these mighty men of God! They taught me so much,” Caine said.

After graduating from DeLand High School in 2000, Caine went on to Daytona State College and Bethune-Cookman University. In 2010, he became a licensed minister under the leadership of his spiritual father, Pastor Terry Brown.

“I always had the passion and desire to preach, since I was a little boy. They used to call me Preacher Boy growing up in the projects in DeLand,” Caine said. “I used to preach on top of cars, and my dream was always to become a preacher. It was a strong calling in my life.”

The church, which was established in 1922 and rebuilt in 1996, saw its original building purchased by Warner Bros. for use in the film Rosewood.

Being compelled to Christ, Caine continues to help others of all ages. He is interested in developing their spirituality through many community initiatives, such as the Concerned Clergy Coalition.

Most recently, his father, Deacon George Caine, and his stepmother, Nora Caine, became members of his church Aug. 11.