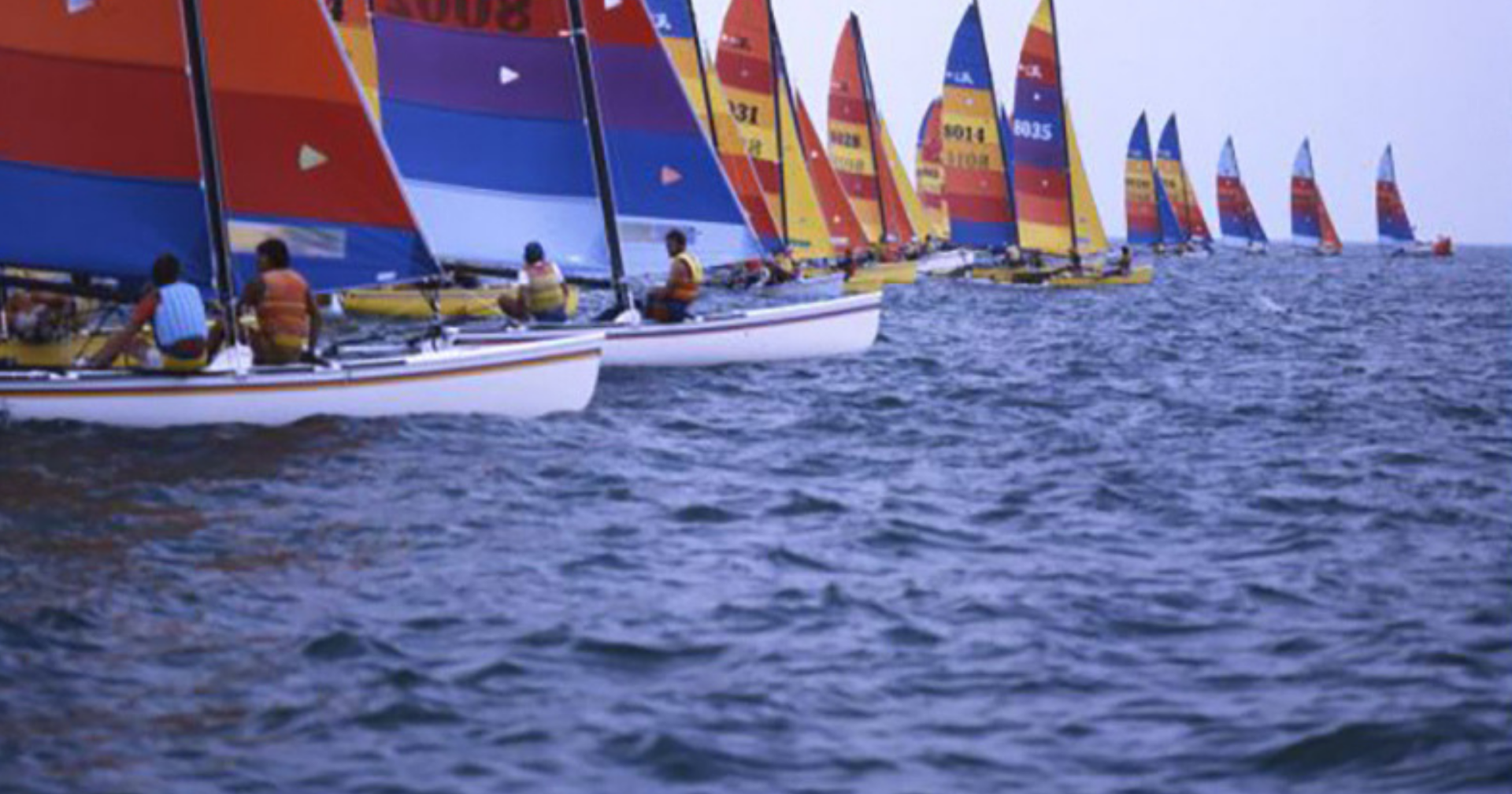 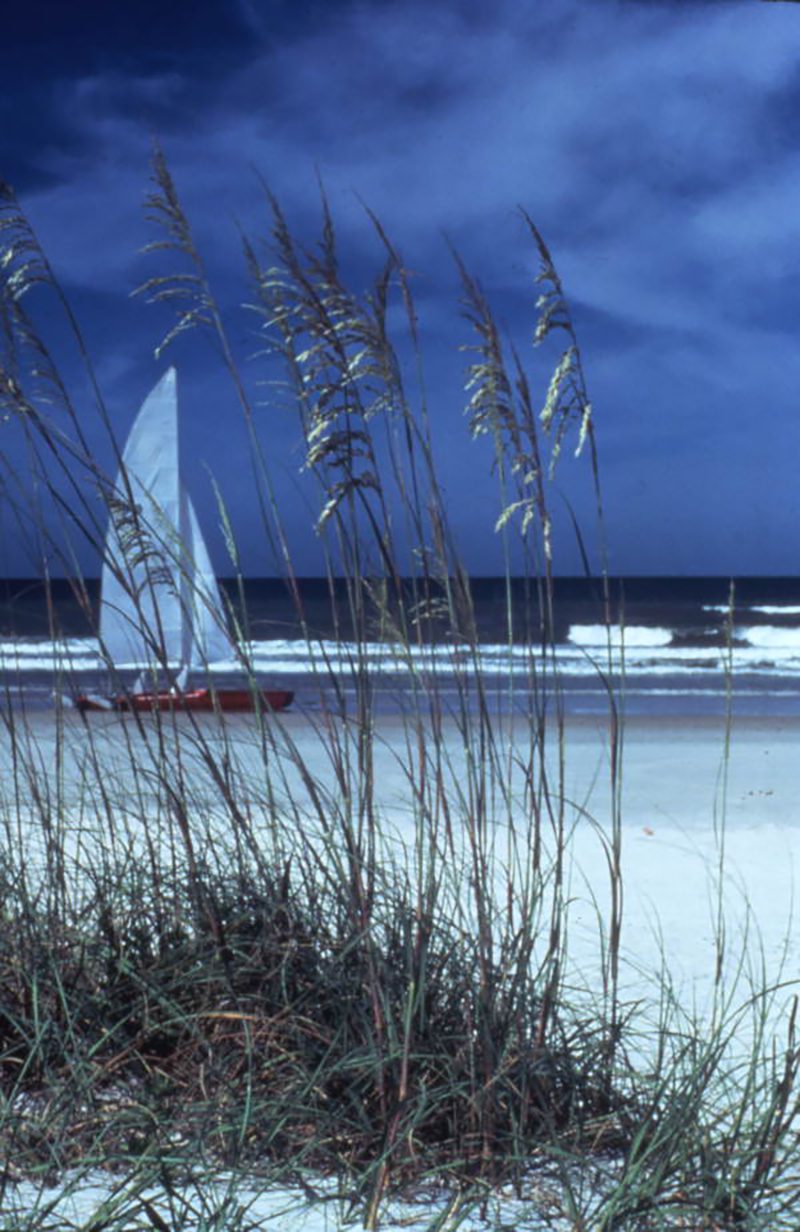 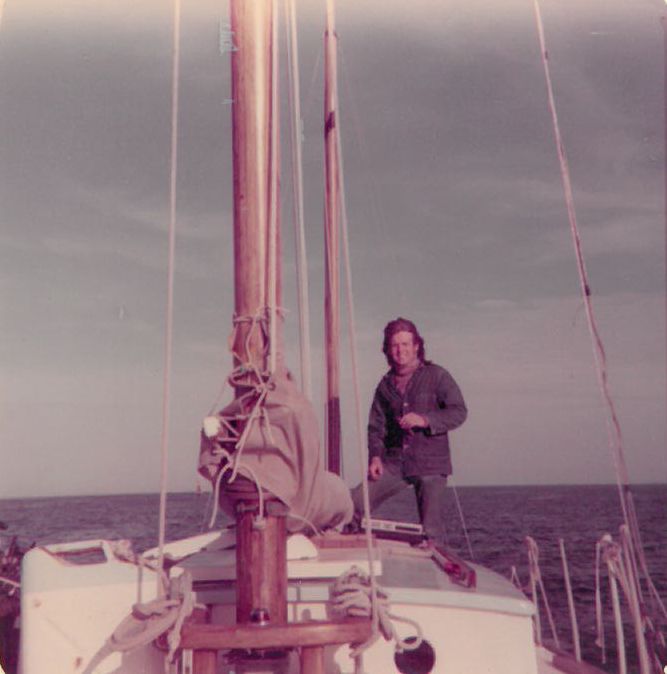 Old sailboats have always fascinated me. The beauty of the wood and design are hard to duplicate. This column recalls a very special sailboat-related memory of three cold nights in late December 1977.

At the time, we were living in a little home on Lake Beresford. I had been looking for a sailboat to purchase and found the perfect “fixer-upper” in Daytona Beach. It was a 27-foot Seabird yawl design, constructed around 1950 in teak, holly and spruce. It was a “gaff rig” sail type, meaning the sails were connected with wooden hoops around the masts, rather than affixed to the masts.

I had always liked this design, and felt very lucky to have found one in good condition. To prove the design, a brave sailor had crossed the Atlantic in a Seabird yawl in the 1920s.

The Seabird yawl design is interesting. Construction plans were printed in the first Rudder Magazine around the early 1900s in a serialized version. You had to keep buying the magazine to get the next plans.

My boat bore the name Mizpah. My plan was to sail her from Daytona Beach to Lake Beresford and work on renovations at my dock. But I had to get her there first.

My friend Bruce Rae volunteered to go with me. For a motor, Mizpah had an old 6.5-horsepower outboard affixed to a bracket in back. For a backup, we lashed Bruce’s 5 HP to the deck.

The Atlantic Ocean can be iffy in December. I didn’t trust my sailing skills or the boat to sail offshore to Jacksonville, so we elected to travel up the Intracoastal Waterway (we call it the ditch) to Mayport, and run up the St. Johns River to DeLand.

The only time we could both spare was just four days before Christmas. We promised our young wives that we would be home for Christmas Eve, and we set off.

At that time, Florida could get cold. If you added low temps, brisk wind and our usual humidity, Florida could get very cold. The boat did not have a heater or electricity. Running lights, interior lights and masthead light were all kerosene. Very cool.

The first day went smoothly, and we made it to the St. Augustine city marina under power. The interior of the boat was all constructed in holly, with a curved ceiling. To each side of the interior were padded bunks, aside a center board structure for a small table. Steps down from the cockpit and a small chart table rounded out the cabin.

It reminded me of the interior of an old Gypsy trailer from the movies. That night, we sat on the top of the cabin and marveled at the cold, clear sky, the old Bridge of Lions, and the lights of the city.

We considered running out the St. Augustine Inlet and sailing the leg to Mayport, but the wind and seas were still a bit active, so we continued motoring up the ditch.

After about an hour, the old 6.5-horsepower motor died for good. Bruce’s spare motor saved the trip, but it was even slower going. As we progressed north, we passed many larger boats heading south for the winter. It seemed they all could not help pointing out that we were going the wrong way.

The river is very wide at Mayport, and we decided to raise the sails. With a wind from the northeast, we had an easy time sailing west toward Jacksonville.

By the time we reached downtown, it was very late. It’s hard to describe what it is like to sail through downtown Jacksonville on a cold, clear night with only kerosene running lights, the quiet creaking of our wooden spars, and the lights of the city on both sides. It’s something I will never forget. If there is such a thing as last fleeting memories at the end of life, I hope that moment is among mine.

Just north of Green Cove Springs, the river narrows, and we knew that we would have to go back to the outboard, so we decided to anchor just off the west shore. We figured, arriving before Christmas Eve might be in doubt.

At that time, there were no cellphones, only pay phones. The first order of business was to phone the girls and check in. On the west shore, we noticed a small marina with lots of masts. It was very late in the evening, but we figured they had to have a pay phone somewhere.

We tied up and walked ashore. Once we left the marina, we realized we had come ashore at the Jacksonville Naval Air Station. We knew that because we saw a sign that said “Restricted area, no trespassing. JNAS.”

Like a couple of ninjas, we slinked around until we found a pay phone and made our calls. The news was not well received.

The next day, we slowly made our way to Georgetown, just north of Lake George. We tied up at a fish camp for the night. We got up early and made our push across Lake George (too shallow to sail and tack) and arrived in time for Christmas Eve.

All in all, it was a great time and is a wonderful memory.

I restored Mizpah and had many wonderful hours aboard, finally selling her to another wooden-boat enthusiast.

If you are a boater or just want a short adventure, I highly recommend a boat trip via the St. Johns River to Daytona Beach. Or the other way around.

Someone once said, “There is nothing better than messing around in boats.” My only advice is to use a motor bigger than 5-horsepower, and stay out of restricted military bases.

— Mancinik is a fifth-generation Floridian and a native of DeLand. He has been an active Realtor for more than 40 years. If his column inspires you to share your memories of West Volusia, send us 600 words or so via email to info@beacononlinenews.com.