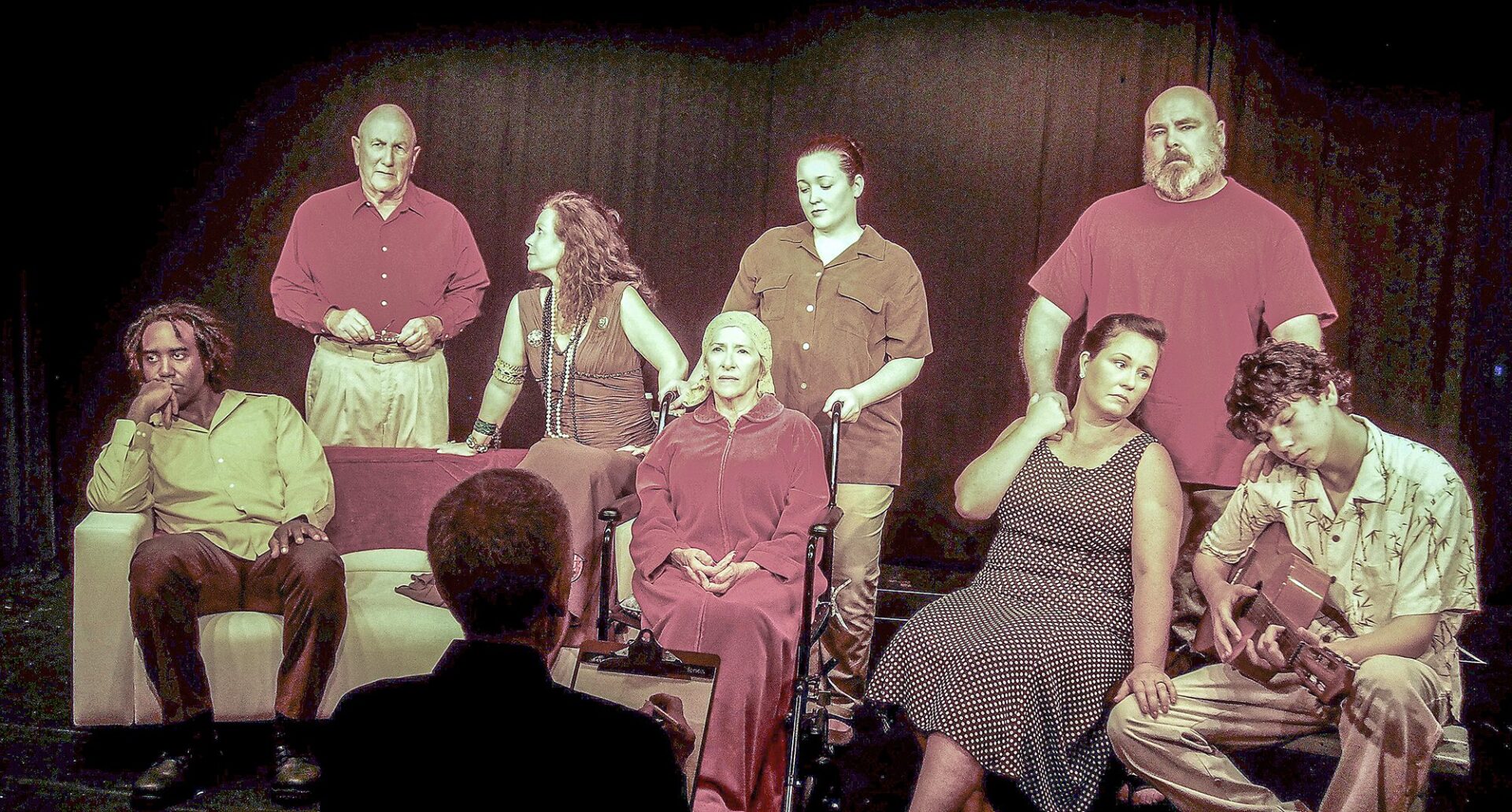 The Shadow Box by Michael Cristofer, which opens Thursday, Sept. 5, at Shoestring Theatre in Lake Helen, was first performed on Broadway in 1977 to rave reviews, receiving a Tony Award for Best Play and the Pulitzer Prize for Drama.

Cristofer drew on the personal experiences of two close friends dying of cancer, and reviewers agree that it is an honest, objective study of death. Anne Sollien, producer of The Shadow Box and a past president of Shoestring Theatre, said of Shoestring’s choice to perform this play: “… Cancer has touched every person in some way, and we saw this as an opportunity to shine a light on how people and families cope.”

The Shadow Box is not so much a depressing play about death, but rather a touching recognition of the fighting spirit, acceptance and love that the battle brings out in us.

The location of the play centers on the grounds of a large hospital. Cottages on the grounds provide a homey environment where patients spend time with their loved ones.

But it is not home, nor is love the only emotion. The one common denominator among the three groups we follow is the inevitable arrival of death. The stages a person will go through as he or she is faced with mortality are revealed and played out: denial, anger, bargaining, depression and, finally, acceptance.

But as one character says, “… It is not easy. Not easy at all. No matter what they tell you, you always think you have more time. And you don’t.”

We are first introduced to a nuclear family. Joe (played by Christopher McLeod) is a middle-aged father and husband who must convince his wife, Maggie (Deanna Oatley), that his cancer is terminal. Even more difficult, they must accept that truth and tell their teenage son, Steve (Tyler Mattocks).

The second group involves a mother and daughter (played respectively by Rockie Kobrin and Kristi Gibson) who struggle with the shadow of a long-gone member of their family.

The group that does not conform to a family norm includes Brian (Gary Norris), Beverly (Alix Miller), his ex-wife, and his newly acquired lover, Mark (Deshawn Warr), who together prove the old adage that two is company and three’s a crowd.

And to round out the cast, one faceless character, the interviewer (Mike Davis), gently taps into the emotional psyche of his patients.

Deshawn Warr, when asked what drew him to the play, said, “… From any acting standpoint, it’s definitely a challenge — digging that deep into the emotional loss.”

Shoestring Theatre may be stepping outside of its comfort zone with this powerful, dramatic piece. But Gary Norris, who plays Brian, and is a long-standing member of Central Florida’s theater scene, said, “I think it’s important that we take chances and tackle subject matter beyond the usual community-theater fare.”

We at Shoestring agree. As theater was created to reflect life and serve as a means of educating as well as entertaining, we proudly take on the challenge of bringing The Shadow Box to our stage.

The adult situations portrayed in the play are accompanied by adult language, and the realism of both make for a potent experience. Yet even in the face of their grim truth, some of the characters find the courage to laugh, to tease, to reminisce, and to share moments outside of that reality.

Shoestring Theatre is at 380 S. Goodwin St. in Lake Helen.