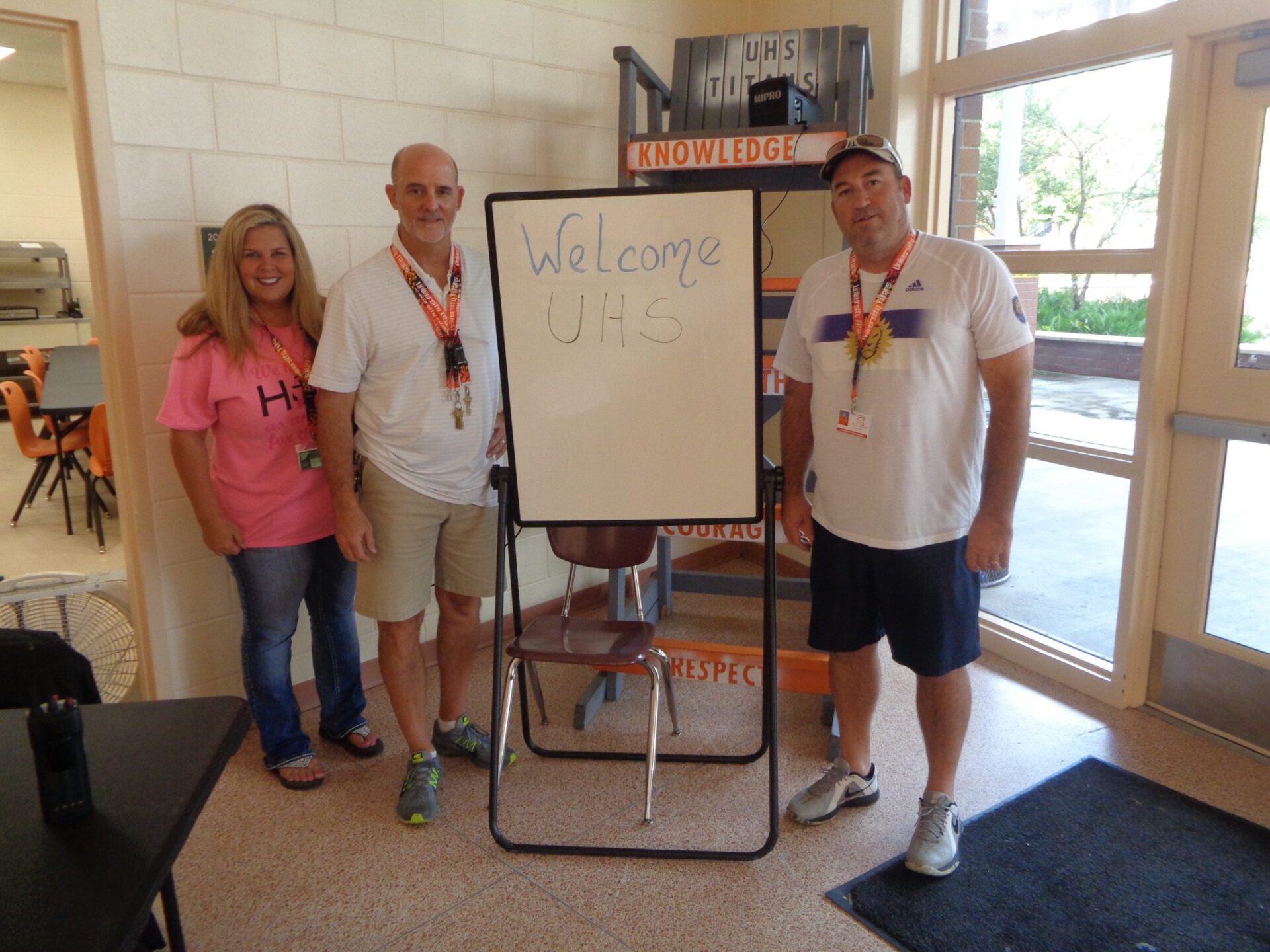 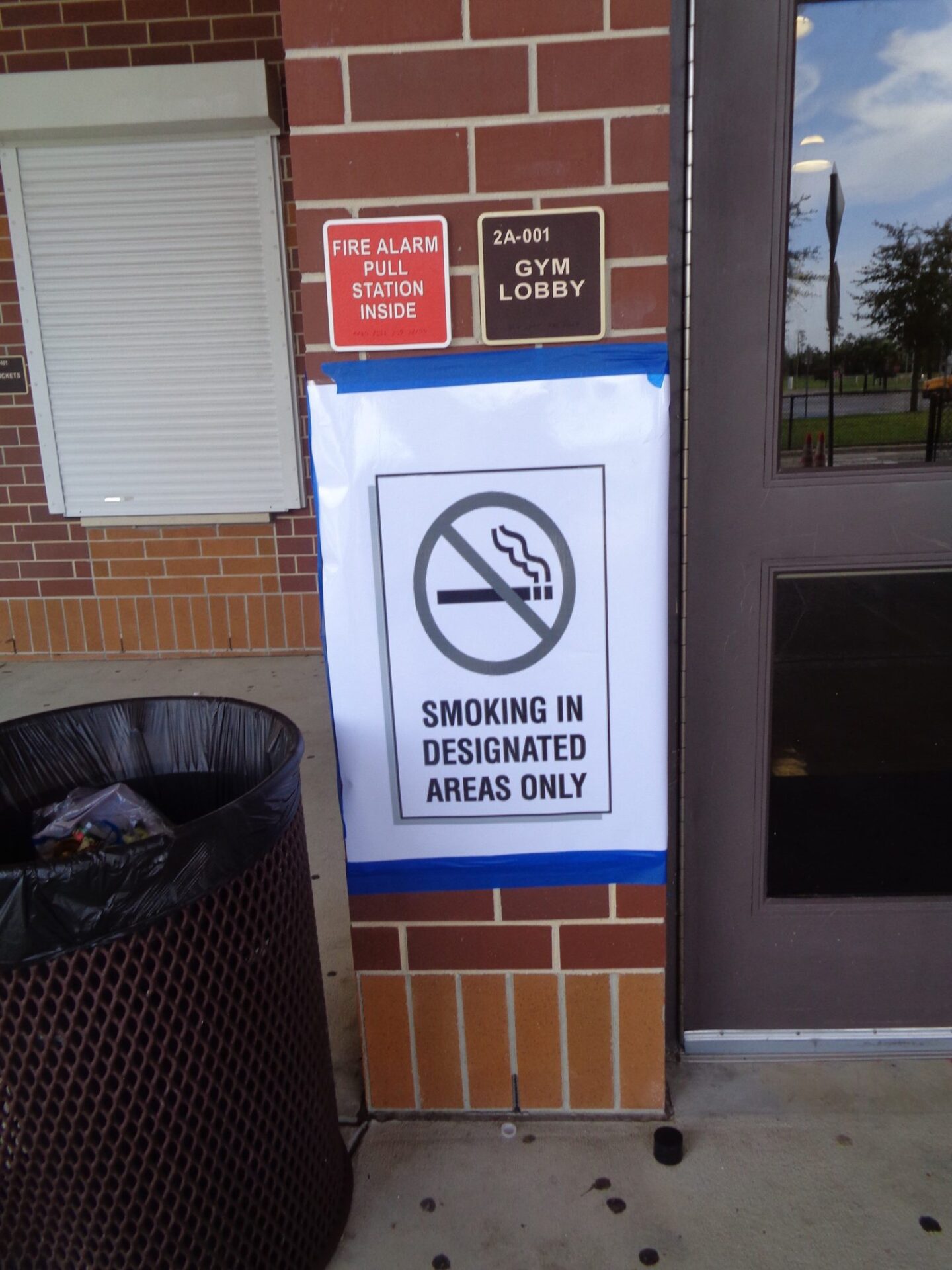 For Southwest Volusians and others who do not wish to stay in their homes as Hurricane Dorian approaches, University High School in Orange City has opened as a place of refuge from wind and rain — and perhaps from a lack of electricity and air-conditioning.

“The cafeteria will be the shelter,” University High Principal Dr. Julian Jones said.

As he led a tour of the facility, Jones warned that the shelter is limited. For example, no pets are allowed, and accommodations for some individuals may be lacking.

“It’s not a special-needs shelter,” he said.

Volusia County’s pet-friendly shelters are at Pine Ridge High School in Deltona and River Springs Middle School in Orange City, and the Volusia County Fairgrounds. Only at the Fairgrounds can people stay with their pets; the two schools offer pets and people accommodations in separate locations.

Like many Floridians, Principal Jones gave up his Labor Day holiday to handle the crisis posed by the storm that battered the Bahamas and is veering toward the Sunshine State. University High welcomed its first guest shortly after 10 a.m. Sept. 2.

“This is better than a hotel,” Charlotte Barnes, of Orange CIty, said joyfully. “These people are God-given. I never expected this.”

Jones said he has 18 staffers helping in the shelter duties. They include assistant principals, teachers and a school nurse. There are three eight-hour shifts, with six supervisors on each shift. Volusia County Sheriff’s deputies are also on hand.

Asked about the capacity of the cafeteria as a shelter, Jones replied, “The paperwork says we are able to have 400. The cafeteria [can accommodate as many as] 643.”

This is the third time University High has served as a hurricane shelter, and Jones was on hand for the two earlier events during Hurricane Matthew in October 2016 and Hurricane Irma in September 2017.

University High opened in 2010. For those earlier storms, Jones said, about 200 people sought shelter at the school.

To prepare the cafeteria to operate as a shelter, Jones pointed to spaces on the floor outlined with blue tape. Each space is supposed to be for two people, who must bring their own sheets, blankets and pillows for overnight stays.

“Sometimes they bring blow-up air mattresses,” he said. “Everything that they can fit in is fine.”

The shelter tries to provide a home away from home.

“We have coffee, water and lemonade,” Jones said. “They get their meals.”

The food is free, courtesy of the Volusia School District and the Federal Emergency Management Agency. FEMA reimburses the school district for the expenses of operating hurricane shelters.

One of the downsides of using a school is the lack of opportunity for visitors to bathe.

As the weather crisis builds, University High is also a stationing point for public-safety personnel and their equipment. Volusia County EVAC ambulances, fire trucks and law-enforcement officers will be on hand to respond to emergency calls close by.

Based on his experience, Jones said he does not expect any serious trouble in the shelter.

“We’ve had a lot of really nice, good people,” he said.

Occasionally, he noted, someone does attempt to sneak in alcoholic beverages, and that person may be removed.

At this writing, the Volusia County public schools are supposed to be closed through Thursday.

Jones noted school officials need time between the storm’s exit and the reopening of schools.

“The school will have to be cleaned, and everything put back,” he said.