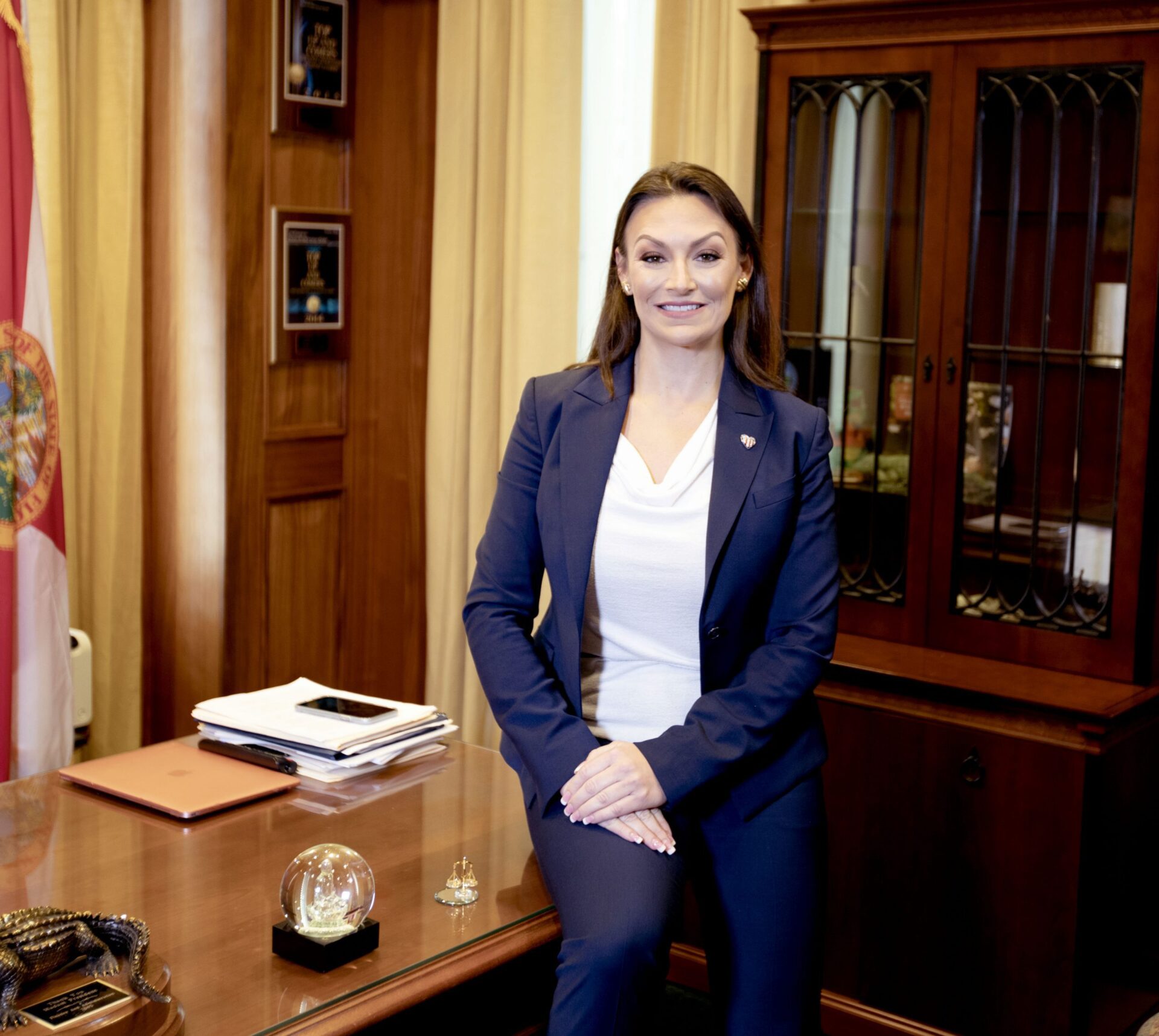 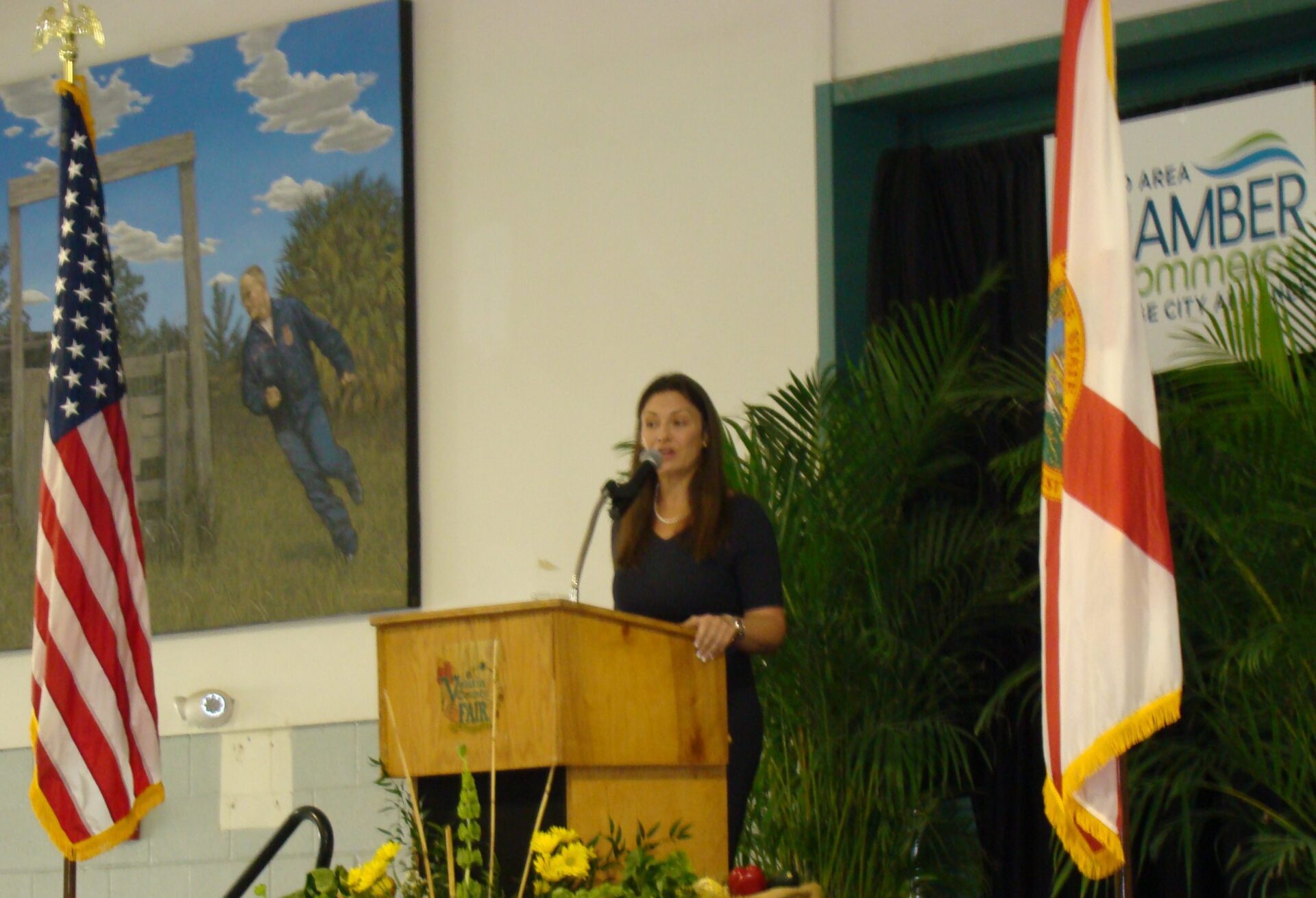 Nikki Fried, elected last year as commissioner of the Florida Department of Agriculture and Consumer Services, or FDACS, says nearly 3 million people in the state — about a third of whom are school-age children — don’t know where their next meal is coming from. And she wants to address that.

Fried was the speaker Sept. 12 at the West Volusia Means Business luncheon sponsored by the DeLand Area Chamber of Commerce & Orange City Alliance. The event was held at the Volusia County Fairgrounds.

“This is a major issue of statewide concern that we are working to address,” Fried said of widespread chronic hunger. “Our department administers the national school lunch and breakfast programs in Florida, a $1.3 billion endeavor serving 3 million children in our state. We also oversee the Summer BreakSpot program, which ensures low-income children can access healthy meals throughout the summer between school years.”

Fried opened her wide-ranging message — focused mostly on agriculture, since that was the theme of the luncheon — by noting that agriculture has a $132 billion impact statewide, producing 2 million jobs and $4 billion in exports. In Volusia County, the ag industry has a $781 million economic impact and accounts for 20 percent of the county’s jobs, she said.

But Florida’s businesses, the state and agriculture in general face challenges with the economy, the environment, and industry innovations.

Fried found some solutions on a trade mission to Israel, she said, when she met with leading businesses on agriculture, water conservation, drone technology and medical marijuana.

Fried also has established the Ag Innovation Committee within her department, which is tasked with supporting agribusiness with new tools and strategies for a changing economy. And an Energy Office, also within FDACS, is tackling climate change, promoting energy efficiency and creation of good, new and clean energy jobs, she said.

The department’s Ag Water Policy is taking on toxic algae and red tide, and working to find real solutions to water issues. Toxic algae and red tide have been an ongoing problem, primarily off the Southwest Florida coast but also showing up near Volusia County’s shore and the Indian River Lagoon.

“Industrial hemp has billions in economic potential, and may create tens of thousands of jobs and new products,” she told the crowd. “We are also pushing for increased access to medical marijuana.”

Fried also is standing up to NAFTA and USMCA, the trilateral trade deals the U.S. has with Mexico and Canada.

“Those deals could cost Florida farms 8,000 jobs and almost $400 million in losses,” she said, adding the problem goes much further. “Tariffs and trade wars are hurting our businesses and agriculture producers.”

Fried also said she’s fighting for consumers through the non-ag part of FDACS.

Fried closed by promising to continue to work for all Floridians.

“I want to be your ally in Tallahassee,” she said. “Together, we will keep Florida growing!”