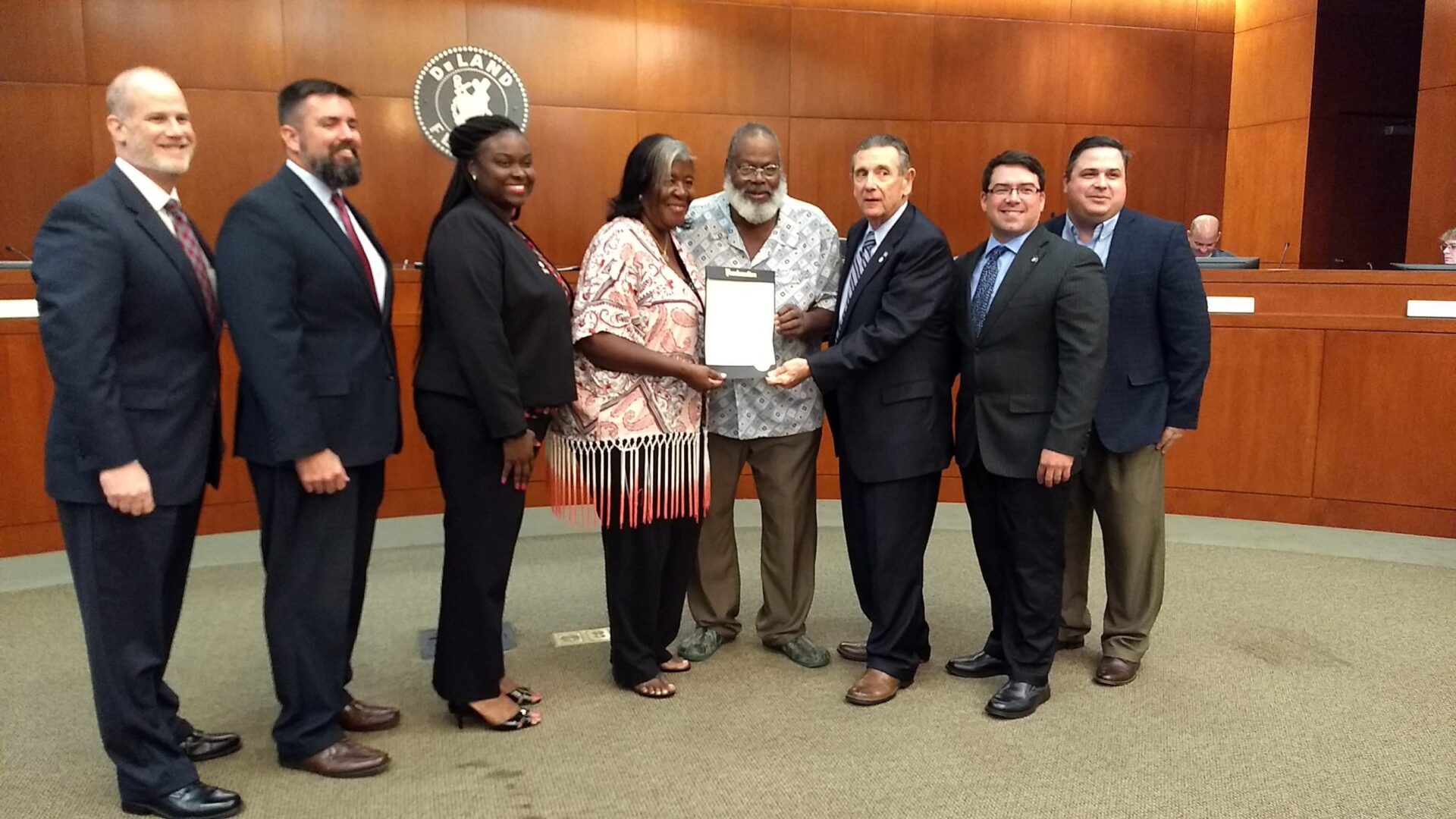 A popular community park in a predominantly African American section of DeLand has officially been renamed in honor of one of the city’s most athletically distinguished sons.

The park at the corner of East Voorhis and South Frankfort avenues, officially known only as Eastside Park, has been renamed Tra Thomas Park, after the DeLand High School grad-turned-pro-footballer.

Thomas was drafted by the Philadelphia Eagles in 1998, and he played offensive tackle for the team from 1998 through 2008. Thomas also had short stints with the Jacksonville Jaguars and San Diego Chargers, before officially retiring from the NFL as an Eagle in 2012.

His parents, William and Ethel Thomas, lobbied the DeLand City Commission for the change at its Aug. 5 meeting. The board officially presented the Thomases a resolution renaming the park at its Sept. 16 meeting.

The move to rename the park passed the commission unanimously.

Apart from its former official name of Eastside Park, the small recreation area is commonly called Dunn’s Bottom Park, after a historical name for the predominantly black neighborhood surrounding the park.

Tra Thomas himself was unable to be at Monday’s meeting, but he expressed his gratitude through a short video message he recorded in Philadelphia, where he is a personality on sports-talk radio.

“I want to apologize for not being able to make it down … I just want to thank the City of DeLand, Mayor Bob Apgar … [and] the city manager, Michael Pleus, for this honor,” he said. “I also want to thank the other community leaders, my friends, my family, and especially my parents.”

He said he looks forward to coming down to DeLand sometime during the upcoming Martin Luther King Jr. Day weekend in January.

City staff will begin the process to design and permit new signage at the park, reflecting its new name, in the near future.