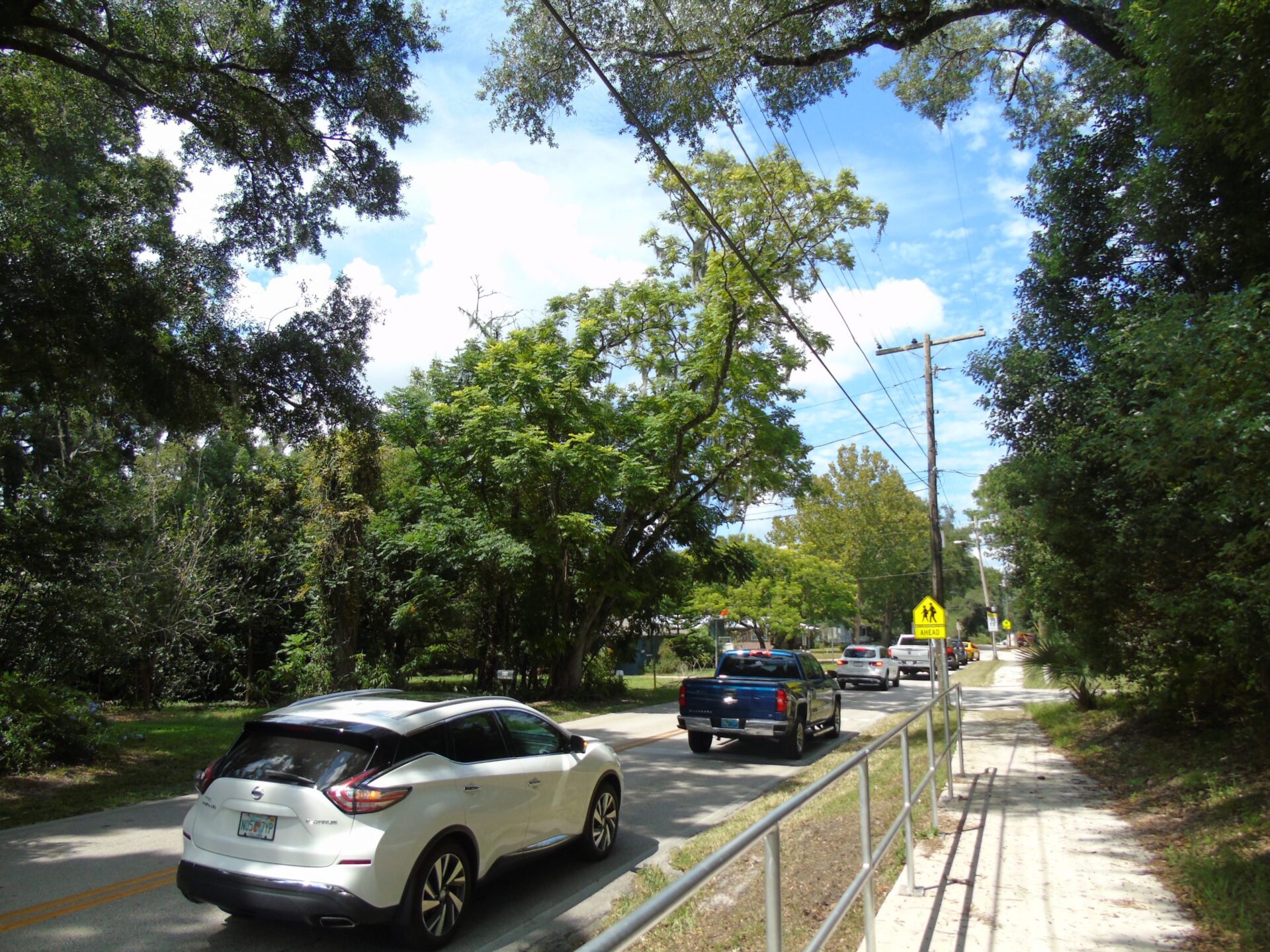 Nearly every weekday, at around 2:30 p.m., hundreds of students eager to finish their school day pour out of George Marks Elementary School in DeLand.

Many get onto buses for the trip home, but others wait for their parents to pick them up — a process that can snarl traffic on North Amelia Avenue.

People who live in the nearby neighborhood have expressed concern about inconsiderate behavior on the part of some motorists caught in the queue, who do things like use front lawns to make U-turns and sometimes inadvertently knock over mailboxes or trash receptacles in the process.

The residents of a tiny street known as Ballard Avenue — the first block south of the school — have been particularly affected, because some parents use their street to turn around or to travel between Garfield and Amelia avenues.

Volusia County Sheriff’s Office spokesman Andrew Gant said his agency is aware of some of the problems, and deputies are trying to enforce the law where they can. The area isn’t within DeLand city limits, so the DeLand Police Department doesn’t have jurisdiction.

“They’re aware of the complaints, and they’ve sent patrol and motor units out there to address the issues that are enforceable and to see what we can do,” Gant said. “But the traffic issues are the kind that aren’t necessarily unique to just this location.”

Deputies haven’t witnessed any drivers using people’s front lawns to make U-turns, Gant said, but they are aware of people using the shoulders of the road and driveways to turn around.

Ultimately, how traffic flows during pickup and drop-off times is the school’s responsibility, Gant added.

“The school manages the traffic pattern for entry and exit,” he said.

One George Marks parent, Nicole Harper, said some parents wait only part way up the school driveway so they can drop off their kids at a particular spot on campus, further constraining how many queuing cars can fit without spilling out onto the road.

“One issue is that in the morning, people don’t pull all the way up through the drive because they want to drop their child off at the cafe, which is now the only entrance other than [the] office,” she said. “It’s at the beginning of the drive, and so it really allows two or three people to drop off instead of 10.”

School district spokeswoman Kelly Schulz said the district has examined the situation, in response to concerns from the neighborhood.

“We have worked with [Volusia County] Public Works to assist in the determination of best practices in getting parents in and out of this school,” she said. “Many school messages have been sent home to parents explaining the process and their cooperation.”

Part of the problem involves parents arriving at the school a bit too early.

“The team did a recent traffic observation at George Marks Elementary the first week of school, conducted by a [Volusia County Schools] staff member and Volusia County Traffic Engineering Department,” Schulz said. “The findings were that parents are arriving at the school an hour to two hours before dismissal, thus causing a backup in the parent loop and onto the roadway.”

On top of that, she said, some parents of children who qualify for bus service instead choose to chauffeur their children.

A more modern $19.5 million school should be ready for students when they return to school next August, but for now, students are largely attending classes in a series of trailerlike portable buildings.

The traffic problems aren’t related to the construction. A dedicated entrance for large construction vehicles exists farther north on Amelia Avenue from where parents line up to pick up and drop off their children.