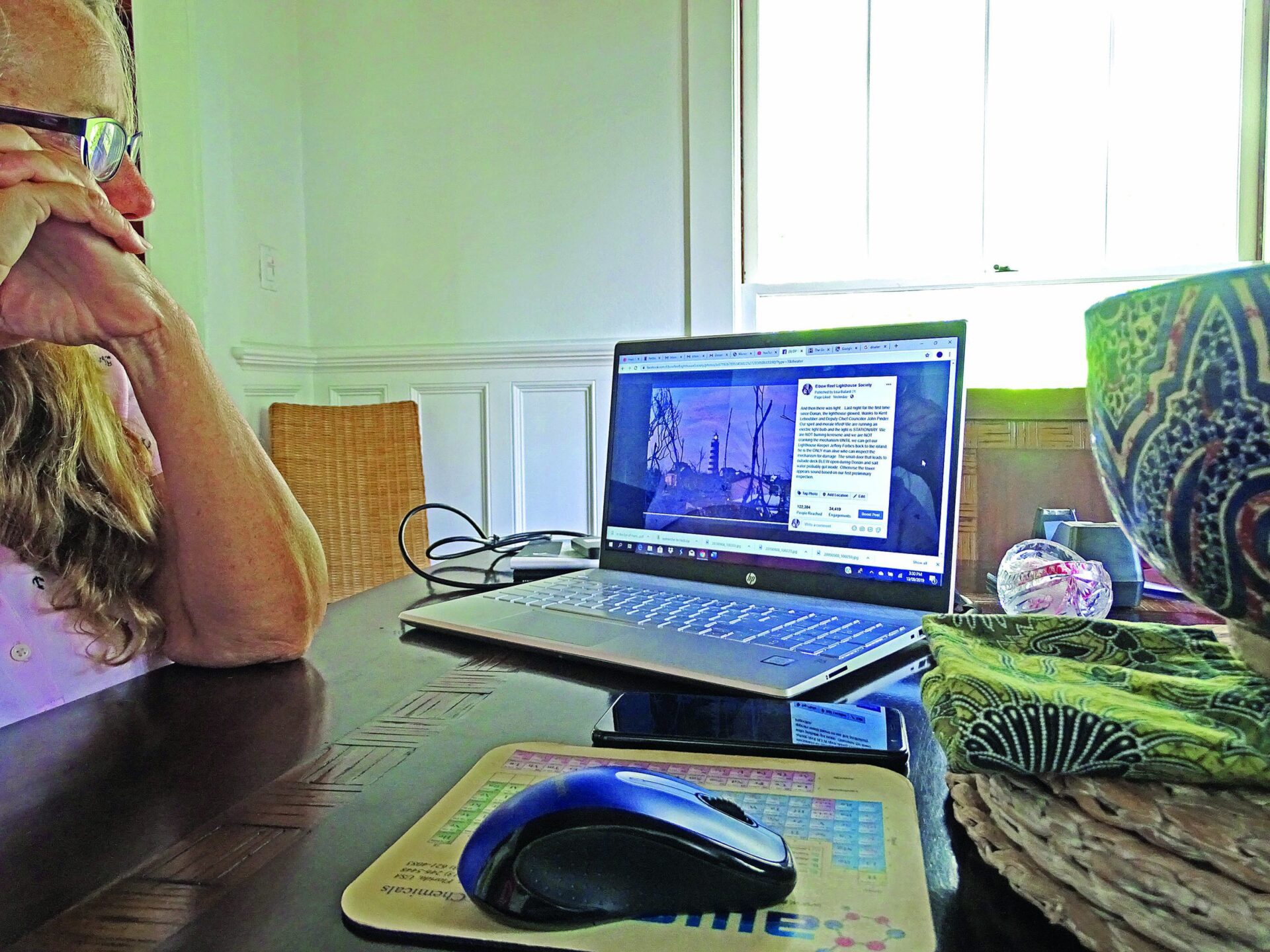 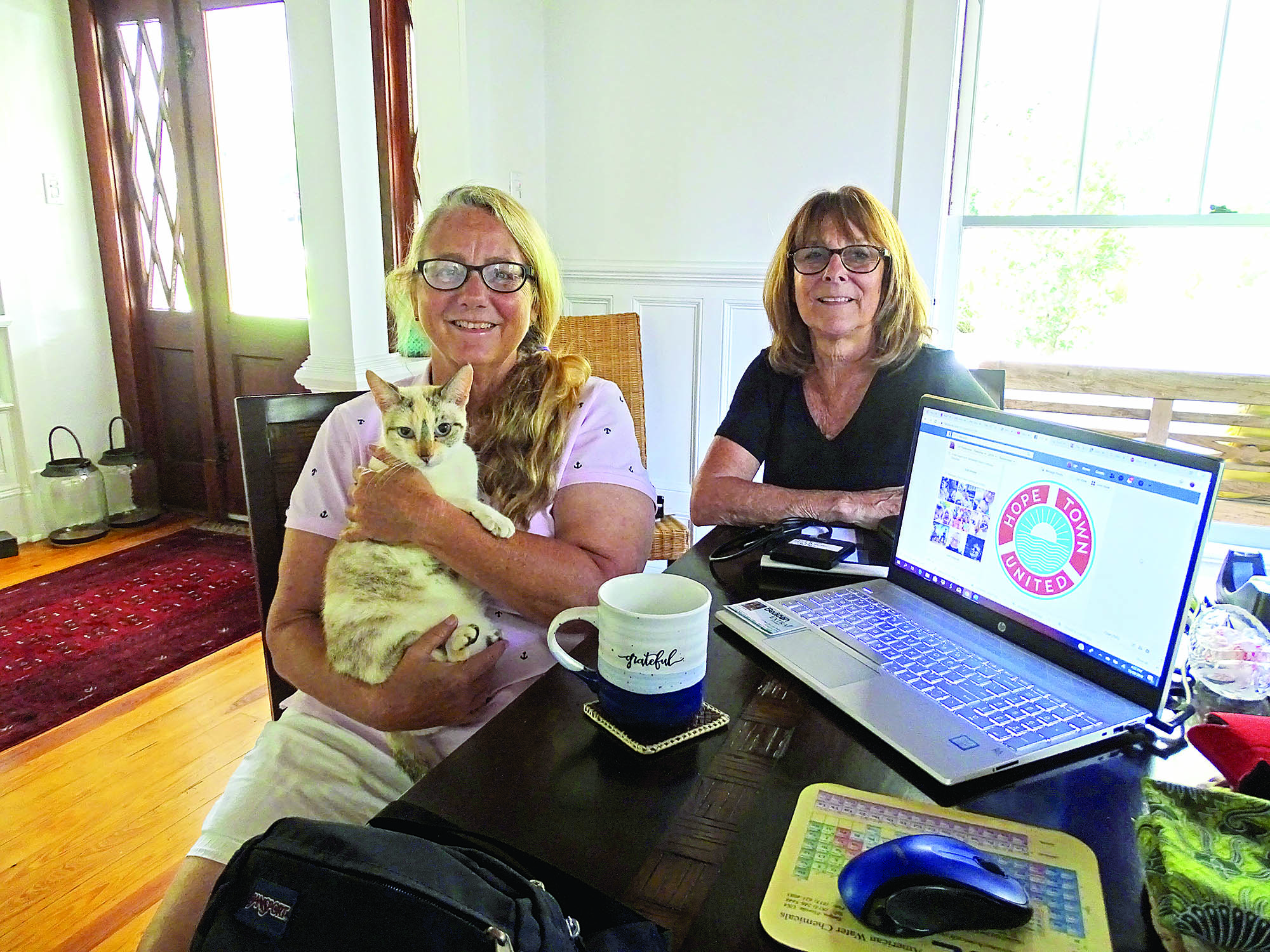 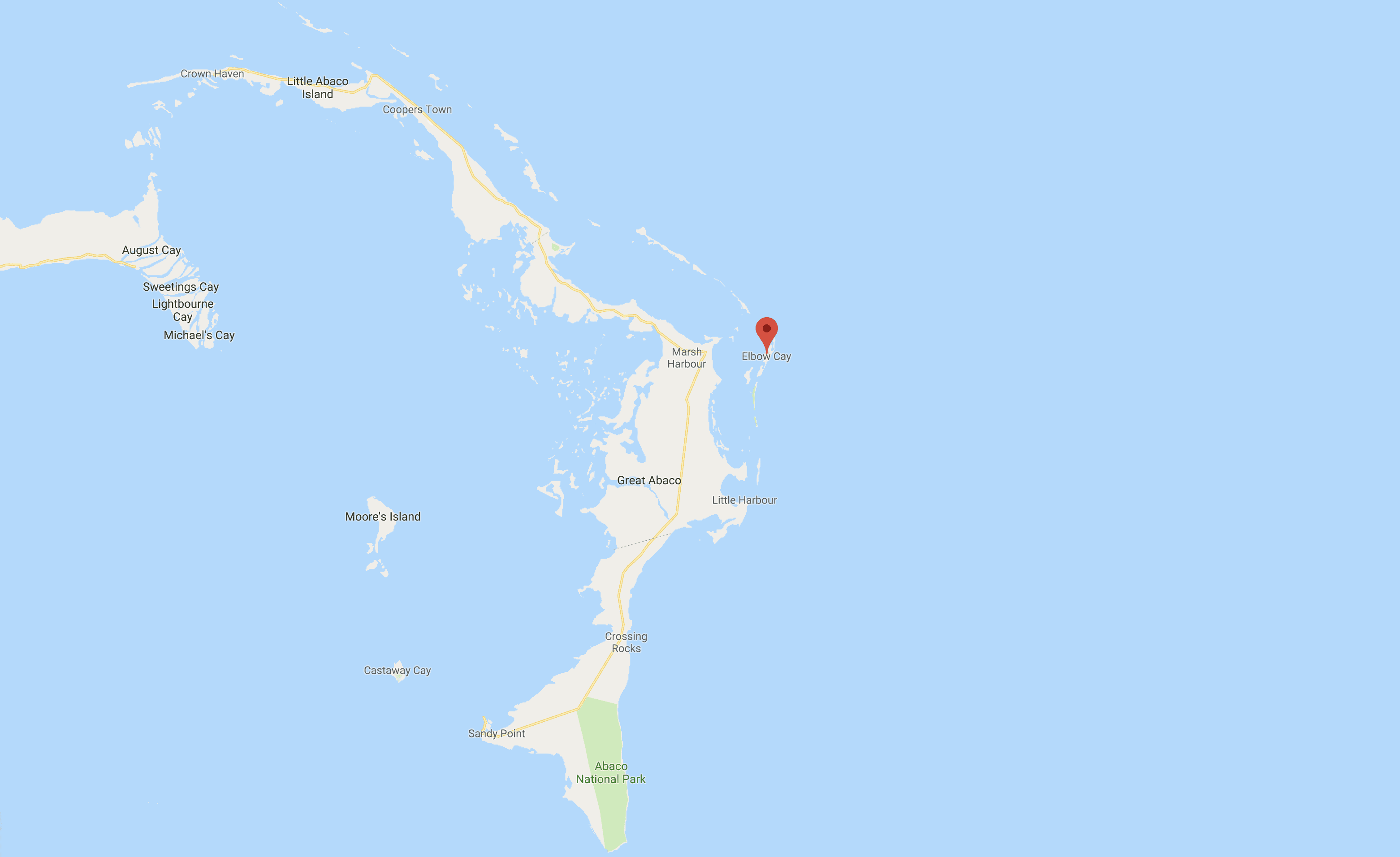 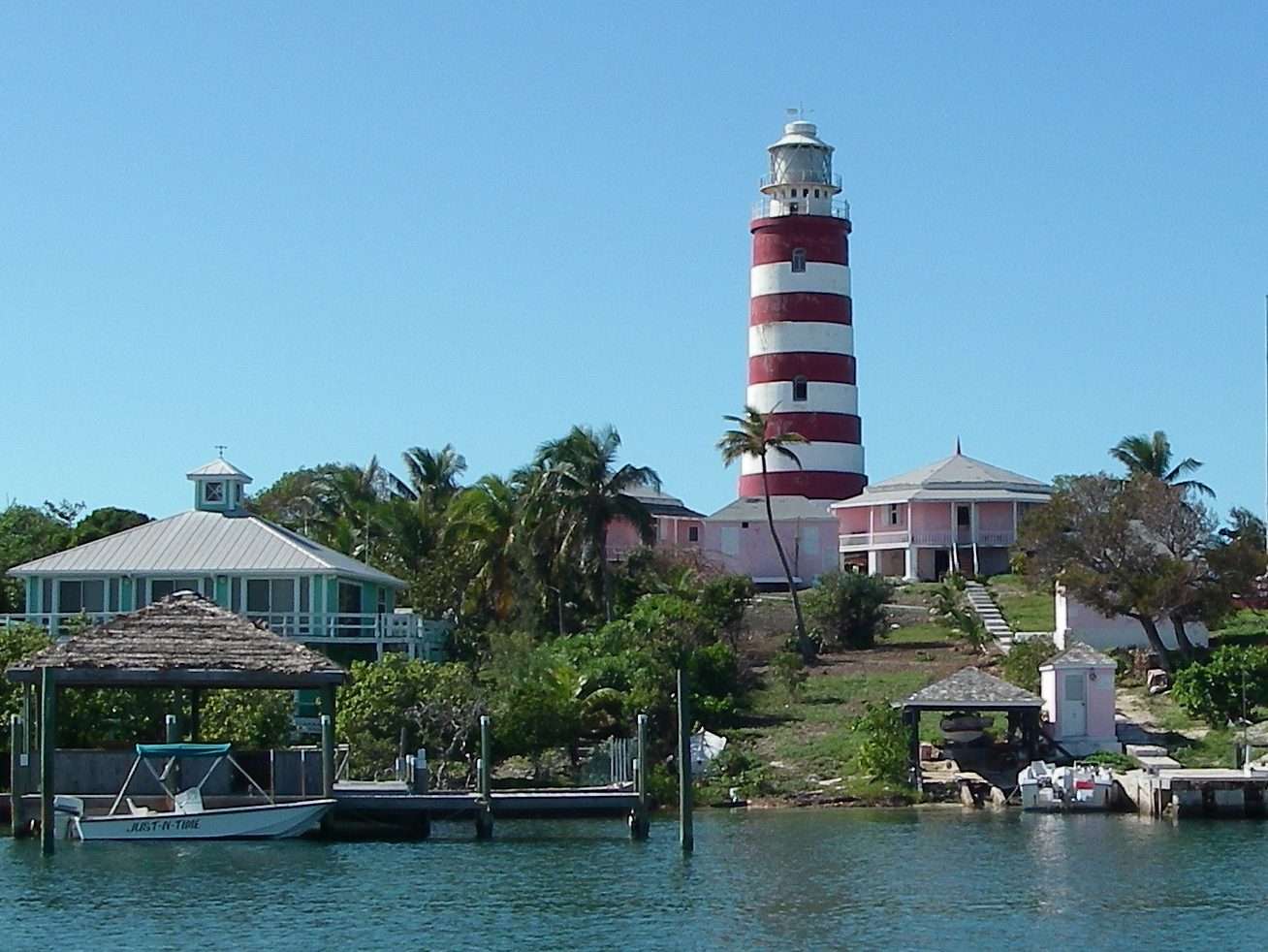 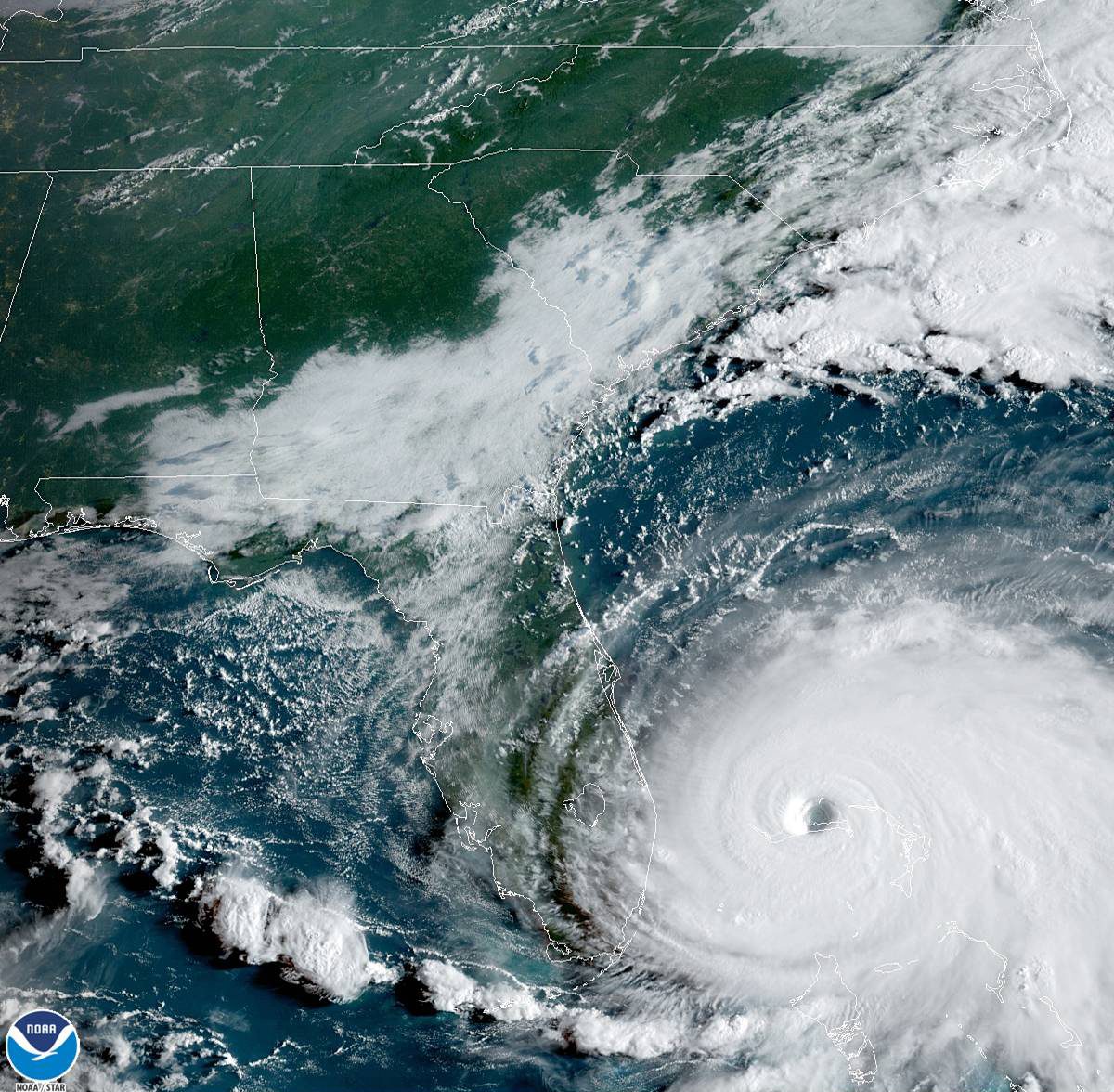 Ten days after Hurricane Dorian pounded the Bahamas with apocalyptic wind and rain, the lighthouse on the Abaco Islands’ Elbow Reef shone its beacon of light once again.

The 155-year-old lighthouse is the last remaining kerosene-fueled and hand-cranked lighthouse in the world. Deborah “DP” Patterson, a Bahamian currently visiting Lake Helen for respite, told how the light was restored.

“They got a lightbulb, powered off of a generator, to raise morale,” Patterson said.

She is an eighth-generation resident of the Bahamas and a member of the Elbow Reef Lighthouse Society. She also serves on the Hope Town District Council.

Since Sept. 8, Patterson has been coordinating progress in Elbow Cay from Volusia County, from the home of her friends Dave Robertson and Arlene Raffa, longtime Lake Helen residents who own a second home in Elbow Cay.

Bahamians who stayed on the islands during the hurricane, like Patterson, originally assumed Dorian couldn’t be worse than what they had been through during Hurricane Floyd, the massive 580-mile-diameter hurricane that struck the islands 20 years ago.

Knowing what they know now though, “We’d rather have 10 Floyds than one Dorian,” Patterson said.

Like people in Volusia County before the storm, Patterson and fellow residents prepared as best they could. They spent the days before Dorian gassing up generators, covering windows with storm shutters, and making plans for where they would ride out the storm.

Patterson and her half-Siamese cat, Beauty, went to the nearby house of friends. The house was more than 30 feet above sea level on a cliff, and had three floors, and — most importantly — a concrete bottom floor.

She was with the owners, Heather and Andrew Prosa, and their two children, 12-year-old Luke and 8-year-old Fina. Along with the cat Beauty, there were two dogs.

As water began to seep in through sliding glass doors on the morning of Sept. 1, Patterson and Beauty, along with Heather and Fina Prosa, retreated to a windowless bathroom. In the adjacent room, Andrew and Luke Prosa and the two dogs sat atop coolers.

“We were in there for hours,” Patterson said.

Eight-year-old Fina played on an iPad in the shower stall. The others tried to play a game, but Patterson couldn’t focus.

“The only place the water didn’t leak on us was in the small shower stall that we had Fina in — it poured in biblical proportions everywhere else,” Patterson said.

In the short amount of time the eye was over Elbow Cay, they emerged to check the upper stories of the house.

“I can’t remember what we did,” Patterson said. “We were doing whatever we thought we could do.”

Because there were leaks everywhere, they unplugged everything. They found some plastic sheeting to cover themselves and an already-sodden mattress, before returning to the first floor.

The generator began to have problems — the oil-pressure warning light flashed, so they turned the generator off. Later, they found out there wasn’t anything mechanically wrong — instead, the extremely low barometric pressure in the eye of the storm had triggered mechanical warnings and errors across the island.

It would be another 12 hours before they would leave the bathroom again.

When Dorian finally passed, nearly 24 hours after they took shelter, Andrew Prosa forced open the basement door, which was covered in debris, so they could exit the house. It was Monday morning, Sept. 2.

The trees, which had previously been the lushest they’d seen in 15 years, were bare. The neighbors’ house was tilting, the roof heavily damaged. Storm shutters were just gone. At one house, a section of plywood that had been used to cover a window stuck straight out of a roof.

The enormity of the destruction was unthinkable.

The storm had stalled over Grand Bahama Island, just to the west of them.

Looking out the front door, even wandering through the neighborhood, they still couldn’t see the overall picture, Patterson said.

Luckily, one of the two local phone providers was still operating. They were able to check Facebook, and let friends and family know they had survived. Other residents began to upload pictures of the damage across Elbow Cay.

“It was seeing the pictures — that’s when we started to understand,” Patterson said.

The next day, Tuesday, Sept. 3, a small-propeller airplane showed up. It was their first sign of the squadron of rescue efforts about to descend.

“I got goose bumps — it was so relieving,” Patterson said. “We knew we were in trouble, and the plane signaled an ability to get out. It was like the beginning of the end.”

Soon, ships and planes from the U.S. Coast Guard and Navy, the British Royal Navy, and the Royal Bahamas Defence Force, and assorted public and private boats and small aircraft, began to fill the sky and the waters of Hope Town.

The local fire department held a meeting at 1:30 p.m. that day in its command center. The residents who had remained through the storm met to coordinate and begin the long process of recovering.

But even with the support and coordination, day-to-day life was firmly in survival mode. They devised a multi-part system with bins of rainwater in order to wash clothes.

“It was just like — this is how we’re going to live now,” Patterson said. “We fell into a pattern.”

“We were overlooking that we had been in a trauma.”

Patterson had decided to stay and rebuild, and for the next week, she did. Her rental house had only one room still with a roof — her bedroom. Her clothes and belongings were intact, and her family heirlooms, in Tupperware bins in a storage area, were unharmed.

She carried the digital archives of the local historical museum and the lighthouse in an external hard drive in a plastic bag in a fanny pack she always wore.

But there was nowhere to stay that had electricity, and people around her were starting to burn out from emotional and physical toil. Beauty, for the most part, was stuck in the same cat carrier she had ridden out the storm in.

In the time after the storm, everyone flew into action.

“Everything was high with drama and trauma. It’s easy to forget to take care of yourself,” Patterson said.

She realized she was exhausted.

On Sept. 8, she drove through the neighborhood. She played the song “Time to Say Goodbye” by Andrea Bocelli and Sarah Brightman on her phone. She took a photo of herself weeping, and wrote a Facebook post.

“Before I left, I walked around Hope Town. By the time I got to the end of the road, I was a mess, I decided to take a picture, I share it with you because this is real. I know we all feel the same way and healthy grieving is how we will heal our spirits and rebuild our lives,” the post reads.

A seaplane dropped off a group of people, including two private security officers, and picked up Patterson.

As she approached Florida, it was like leaving a war zone, and entering a science-fiction future, she said.

“The lights of the continent felt like a space station,” Patterson said.

Because her travel documents were in order, her passport was stamped with a six-month tourist pass.

Now, safe and sound in Lake Helen, Patterson and Beauty have their own command center at their friends’ kitchen table.

On Sept. 12, she got word that the lighthouse society had organized to shine an electric bulb. The society’s Facebook post about that occurrence has nearly 3,000 likes.

To harness the donations that have poured into a GoFundMe account, Patterson and others have established an organization, Hope Town United, and are waiting for confirmation of 501(c)(3) charitable organization status.

Patterson spends most of her time coordinating efforts from here, although on a recent day she was able to take a break and do a little shopping. She picked up a mug at the store — the word “grateful” is etched across it.