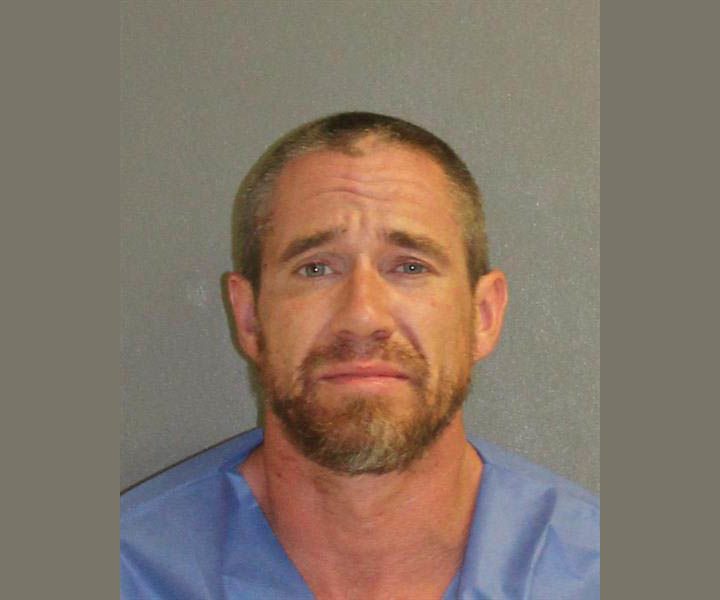 According to Lt. Jason Sampsell of the Orange City Police Department, officers responded to the Advance Auto Parts store on Enterprise Road at 2:41 p.m. Thursday in reference to a stolen vehicle parked in the store’s lot.

Police had received a report that a Ford F-250 truck stolen out of Lake County earlier in the day was backed into a spot at the auto-parts store.

“As officers approached the vehicle, it fled south bound behind the business and through the grass [and] backyards of the Orange City Flats residential apartments” located near the store, Sampsell said.

An Orange City officer pulled into the entrance of the apartment complex and was on foot to assist with responding to the incident.

“As the stolen truck exited the backyard, the truck sped towards the exit of the complex, and in doing so drove in the direction of the officer,” Sampsell said. “The officer discharged his weapon.”

A passenger in the front seat of the vehicle was hit in her buttocks area, Sampsell said.

Officers deployed spike strips, which the front right tire of the fleeing truck ran over. The truck continued fleeing, however, but it was found stopped several blocks away in the 700 block of Amhurst Drive by Orange City officers and Volusia County sheriff’s deputies.

“The driver had already fled the truck on foot as officers arrived, leaving an injured female in the passenger front seat,” Sampsell added. “The passenger suffered a wound to her right side hip/buttocks area, and she was transported to a local hospital for treatment. A handgun was located in the stolen vehicle.”

Officers and deputies, with the assistance of the Volusia County Sheriff’s Office Air One helicopter unit and K-9 units, continued searching for the driver, who was found and apprehended at 5:41 p.m. just north of where the stolen truck was found stopped.

Sampsell said the driver has been identified as Ryan Ladd, 40. Ladd received treatment for a dog bite after being taken into custody.

He has been charged with grand theft of a motor vehicle, aggravated assault on a law-enforcement officer, and possession of drug paraphernalia. Ladd also had an active Seminole County arrest warrant for driving without a license.

Ladd is currently being held at the Volusia County Branch Jail, with no bond allowed.

Sampsell said the officer involved in the shooting was not injured.

“As is standard protocol, the officer-involved shooting is being investigated by the Florida Department of Law Enforcement,” Sampsell said. “This remains an active investigation by that agency.”