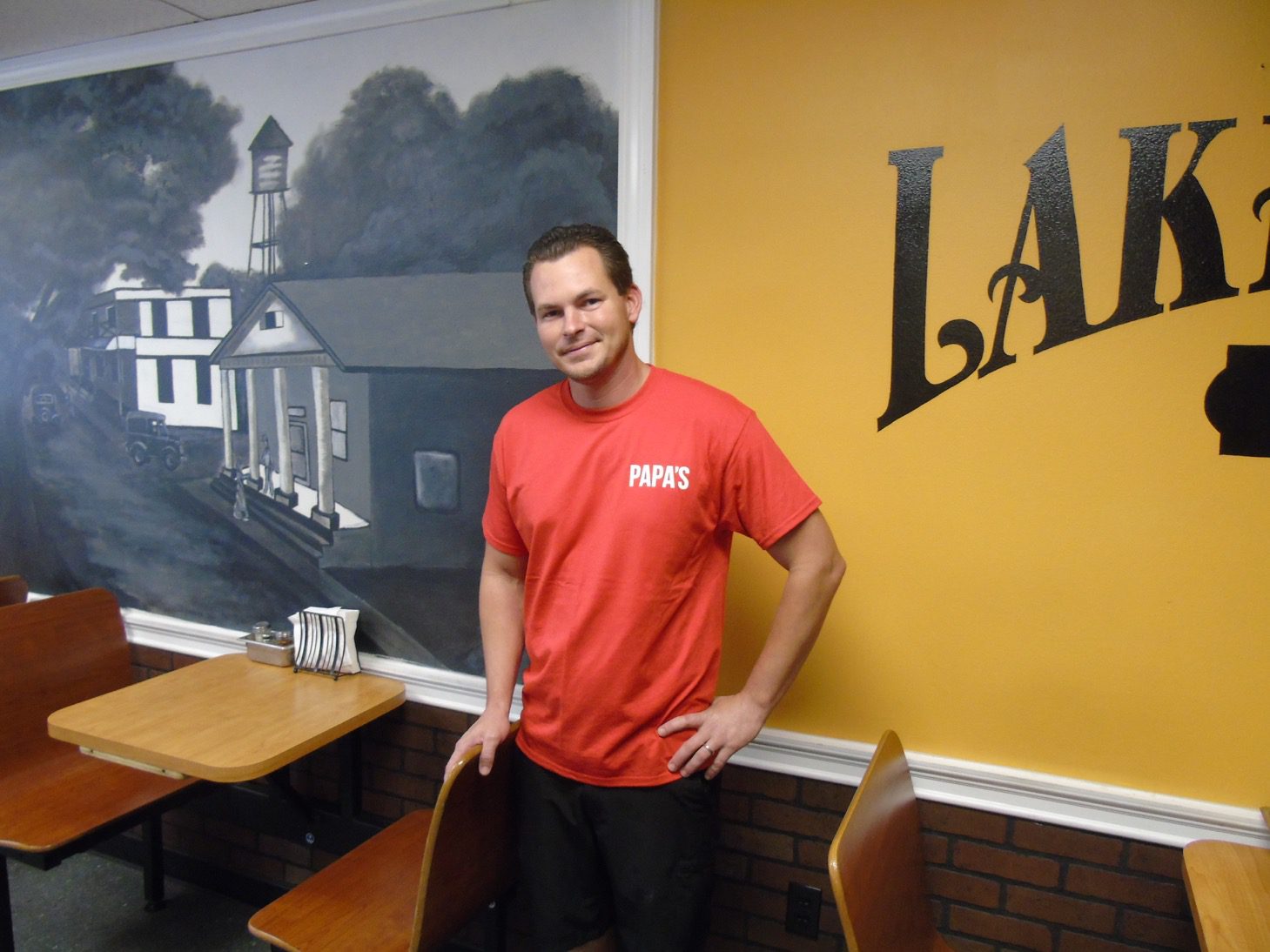 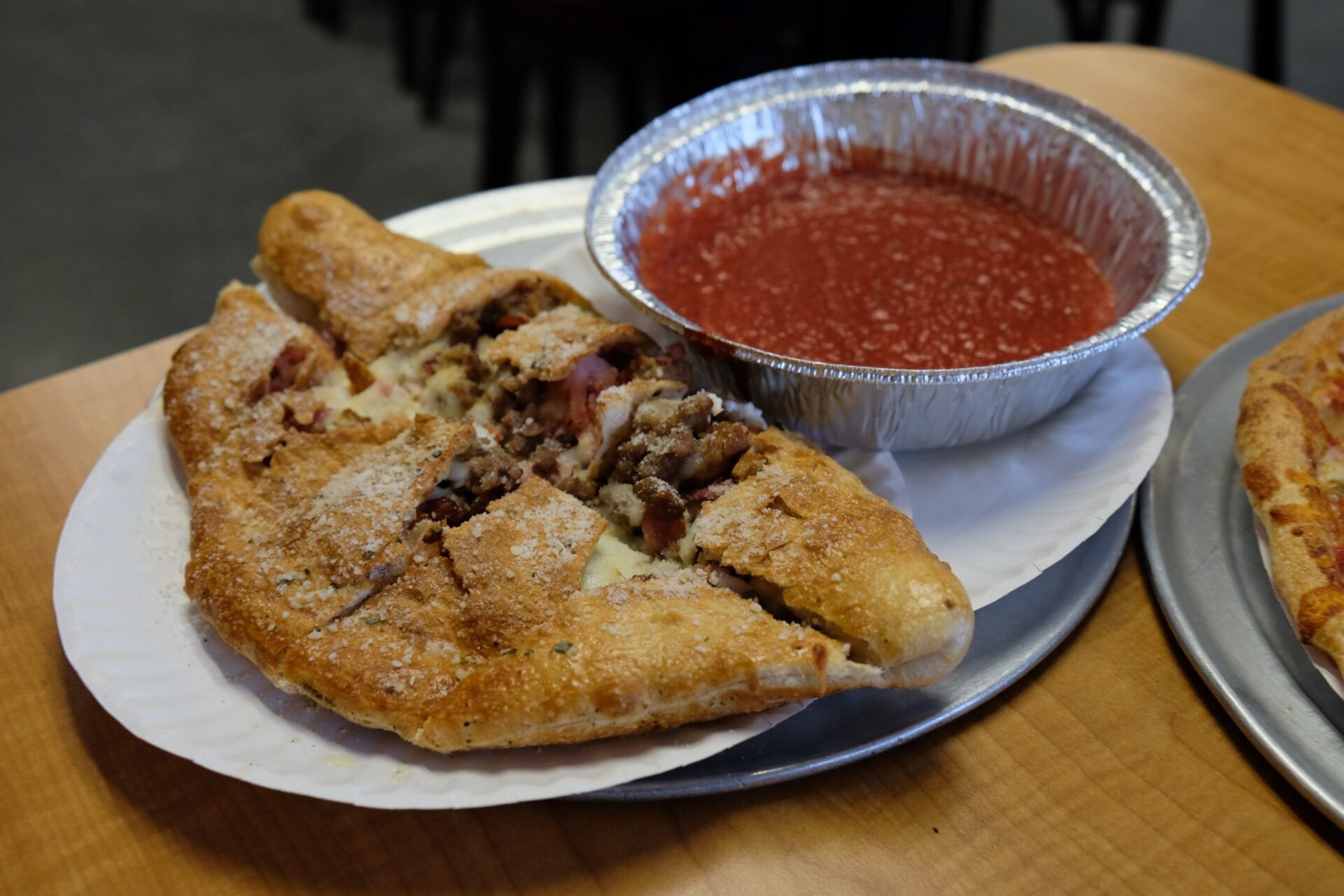 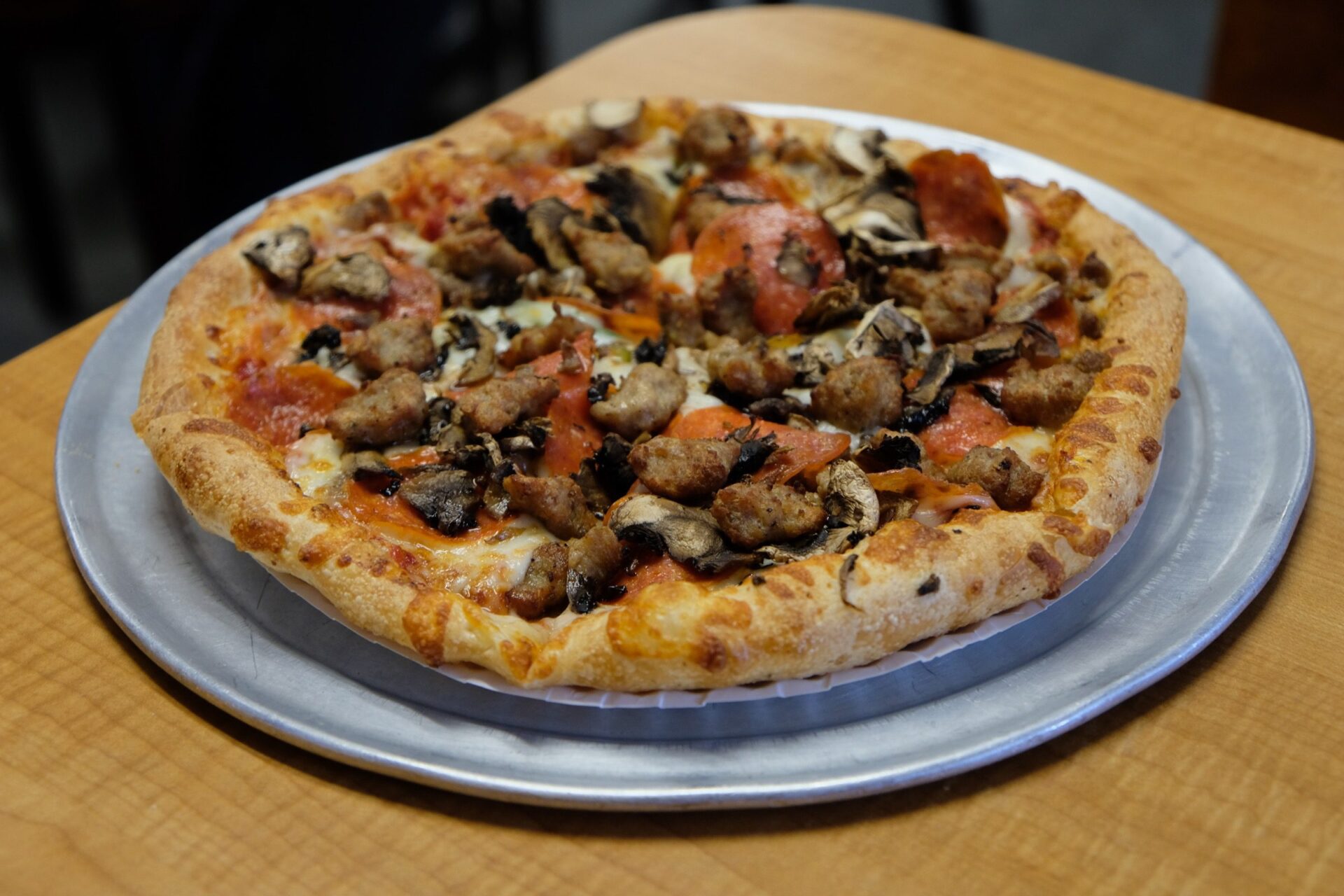 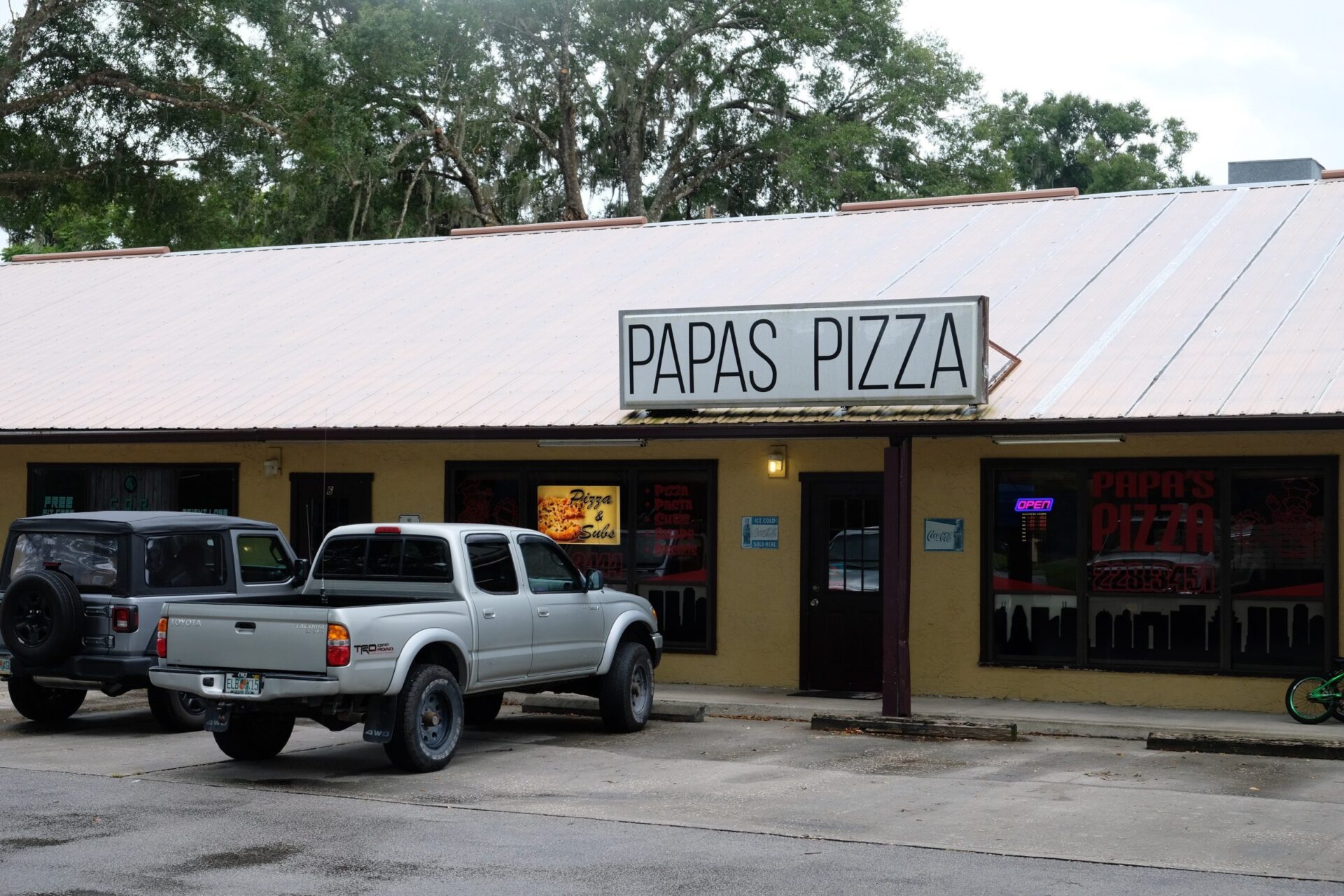 A couple of weeks ago, Lake Helen native and Mr. Virginia 1984 Raymond Long invited me to dinner at Papa’s Pizza & Subs before we both attended a City Commission meeting across the street in Lake Helen City Hall.

Because of a conflicting engagement, I wasn’t able to dine with Ray, but I decided to return to Lake Helen and give Papa’s a try.

I visited Papa’s Pizza at around noon, and it was packed for lunch. It’s a fairly small restaurant with about 35 seats, but it’s also comfortable and makes for a nice, casual place to eat.

On the wall are two TVs; one played a relaxing nature slideshow, and the other a Fox Sports channel.

On another wall is a large painting of a Lake Helen street, depicting it during the early 1900s. Beside that is a wall decal that reads “Lake Helen, Est. 1888.” Papa’s itself was established in 1987, but the inside looks like it’s been renovated maybe once or twice.

The menu has an appealing design, and I was quite impressed with it. I can only assume that Papa’s Pizza wanted the menu to be something people hold on to, especially with to-go orders being popular at pizza restaurants.

I ended up ordering a meat calzone and a small Deluxe Pizza for my guest. We also ordered a slice of cheesecake to share.

We were informed by an employee that the Deluxe Pizza is one of the more popular at Papa’s; however, there are quite a few pizza specialty options, including the white (with spinach, garlic, tomatoes and ham) and vegetarian. You can also create your own pizza by selecting a size and toppings.

Returning to my seat, I noticed most of the other people in the restaurant had ordered subs, which Papa’s is also known for. In a conversation with a co-worker later in the day, I learned that the meatball sub is fantastic. Give it a try, and let us know what you think.

Papa’s lunch combo adds a 16-ounce drink and a bag of chips to your meal for $1.75. This is good news for lovers of Miss Vickie’s chips, as Papa’s offers all of her chips, including jalapeño, which happens to be my favorite.

When the food arrived, I began to take apart my calzone. Inside was pepperoni, ham, sausage, bacon and beef, with ricotta and mozzarella making it quite cheesy. On the side, instead of on the inside, was tomato sauce, served in a small aluminum-foil pan.

It tasted very good, but this calzone was a bit messier than what I’m used to. The slices fell apart pretty easily, especially after dipping them in the sauce. Regardless, it was larger than your typical calzone, and was fun to eat.

The small Deluxe Pizza came with pepperoni, hamburger meat, sausage, mushrooms, green peppers and onions. The cheese seemed thicker than on other pizzas I’ve had.

The pizza was a little heavy on the sausage and pepperoni, which I didn’t mind, but I kind of wished for more veggies, since green peppers are one of my favorite toppings. However, the sausage had a really good flavor.

I was unable to interview owner Chen Cuda; he said he wants the food and service at Papa’s Pizza to speak for itself.

Judging from our brief exchange and the way I saw him working hard to please his customers during my visit, I’d say Cuda cares a lot about his restaurant and wants to see its success continue for another 32 years.

Many of the customers at Papa’s Pizza & Subs know each other and greet each other. At one point during our visit, there was a group conversation going on across a few different tables.

This is the kind of atmosphere Papa’s has: a friendly neighborhood pizza place (with more than just pizza!) that’s definitely a gem within the “Gem of Florida,” Lake Helen.