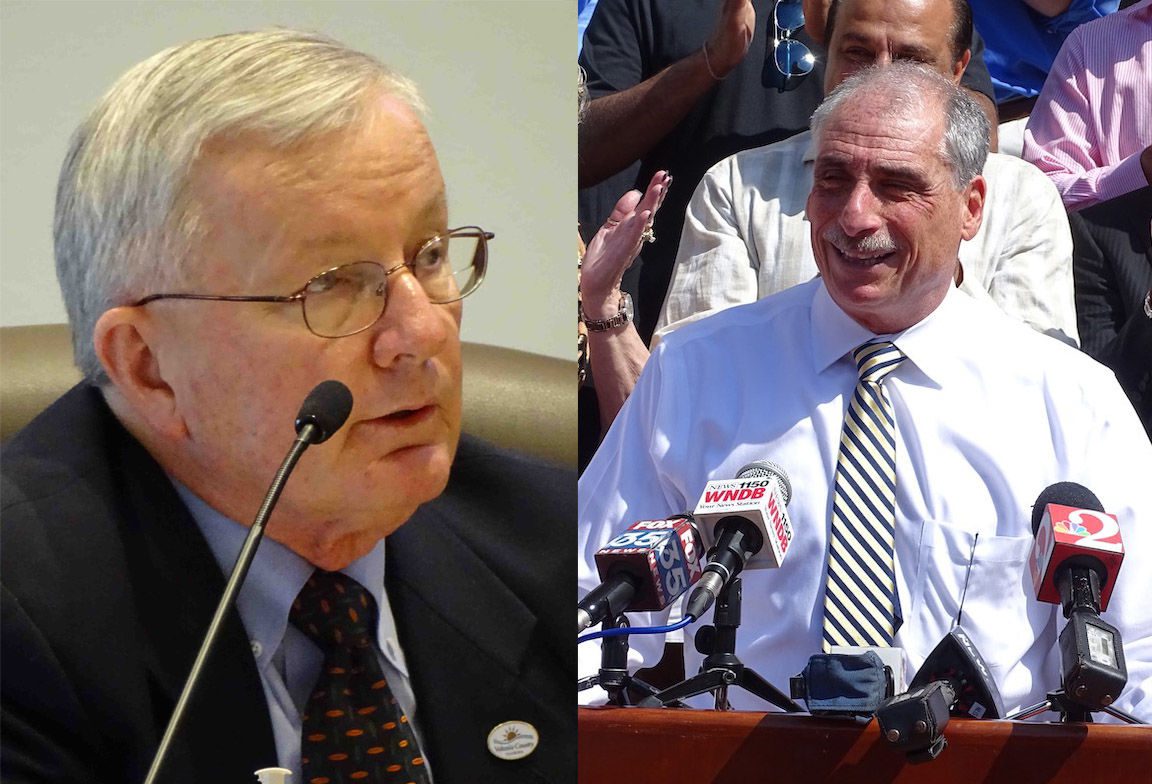 Volusia County’s effort to prevent a restructuring of our local county government goes to court once again in Tallahassee Oct. 3.

The county is appealing a lower-court ruling that upheld a state constitutional amendment approved by a supermajority of Florida voters in 2018. The amendment, known as Amendment 10 or Revision 10, would effectively void much of Volusia County’s home-rule charter.

For example, Amendment 10 would make the Sheriff’s Office a separate entity with autonomy over its budget and personnel rules, instead of a department of county government. A new office with an elected, independent tax collector would be created at taxpayers’ expense.

Attorneys for the opposing sides will argue their points before the 1st District Court of Appeal. County Attorney Dan Eckert will represent Volusia County in its bid to save the charter government it has known for almost five decades.

Both sides of the controversy point to the Florida Constitution for support.

The faction favoring Volusia’s charter says the constitution provides for home rule, and the 1970 charter predated Amendment 10. In other words, Volusia County should be “grandfathered in” and its charter government preserved.

Amendment 10 would apply only to Florida counties that have not yet changed to charter government.

Amendment 10’s backers say the Florida Constitution — as amended — is quite clear.

“There shall be elected by the electors of each county, for terms of four years, a sheriff, a tax collector, a property appraiser, a supervisor of elections, and a clerk of the circuit court,” reads Article VIII, Section 1(d).

Volusia County, according to Amendment 10 supporters, may not “leave intact provisions of its charter that violate the Florida Constitution.”

Judges will have to decide who wins the argument.

If proponents of Amendment 10 prevail, the changes will take effect in Volusia County next year, with the 2020 election cycle.

The appellate judges will likely rule at a later date, and a decision favoring either party could be appealed to the Florida Supreme Court.

How did we get here?

The legal battle actually began before the 2018 general election, when the county and two architects of its charter, Dr. P.T. Fleuchaus, a retired oral surgeon, and Dr. T. Wayne Bailey, a Stetson University political scientist, sued to stop the constitutional proposition known as Amendment 10 from being placed on the statewide ballot.

The proposition called for establishing the sheriff, elections supervisor, property appraiser, tax collector and clerk of the court in each of Florida’s 67 counties as constitutional officers, and further required that each of the offices be an elected post.

Under Volusia County’s charter, those officials — with the exception of tax collector — are already elected, but their departments operate under the county-government umbrella.

The plaintiffs sued to strike the proposition from the ballot, but the Florida Supreme Court ultimately cleared it for a statewide vote. Amendment 10 passed with 63 percent of the vote.

Opponents of the change in Volusia County again mounted a legal offensive, arguing the amendment, if implemented, would undo the charter government that a majority of the county’s voters approved almost a half-century earlier.

Volusia was one of the first counties to establish home rule, based on changes in the 1968 Florida Constitution. That basic law, the first wholesale revamping of state government since 1877, permitted counties to draft charters for greater local autonomy.

Counties without charters were governed wholly by the state constitution and the acts of the Legislature. The government in each of these counties consisted of a county commission, a sheriff, a property appraiser, an elections supervisor, a clerk of the court and a tax collector. Each of these offices was an elected position, and candidates ran with a partisan affiliation.

The Volusia County charter removed the constitutional status of the sheriff, the property appraiser and the elections supervisor.

Whereas these officials previously acted as state officials elected locally and could appeal to the governor if they were dissatisfied with the budget approved by the county commission, they became elected department heads within Volusia County’s administrative hierarchy.

The office of tax collector vanished over time, as that person’s responsibility was absorbed by the county’s Revenue Department.

The clerk of the court remained an elective position and a constitutional officer.

Bailey and county officials favoring the status quo contended that the Amendment 10 changes to the charter would set the county back, depriving, for example, some employees of the merit-system or civil-service protections they now have, regardless of who may be elected as their boss.

The return of constitutional status to key elected officials also means the partisan labels will be an integral part of future elections for county offices.

Since 1970, elections for Volusia County’s offices have been nonpartisan contests.

Critics warn that elected constitutional officers may build their own bureaucracies, creating their own legal, purchasing and personnel departments and freely expanding their staffs and offices and causing their budgets to balloon.

On the other hand, Sheriff Mike Chitwood, who supports the return of constitutional status to his post, said his agency will look for ways to save money.