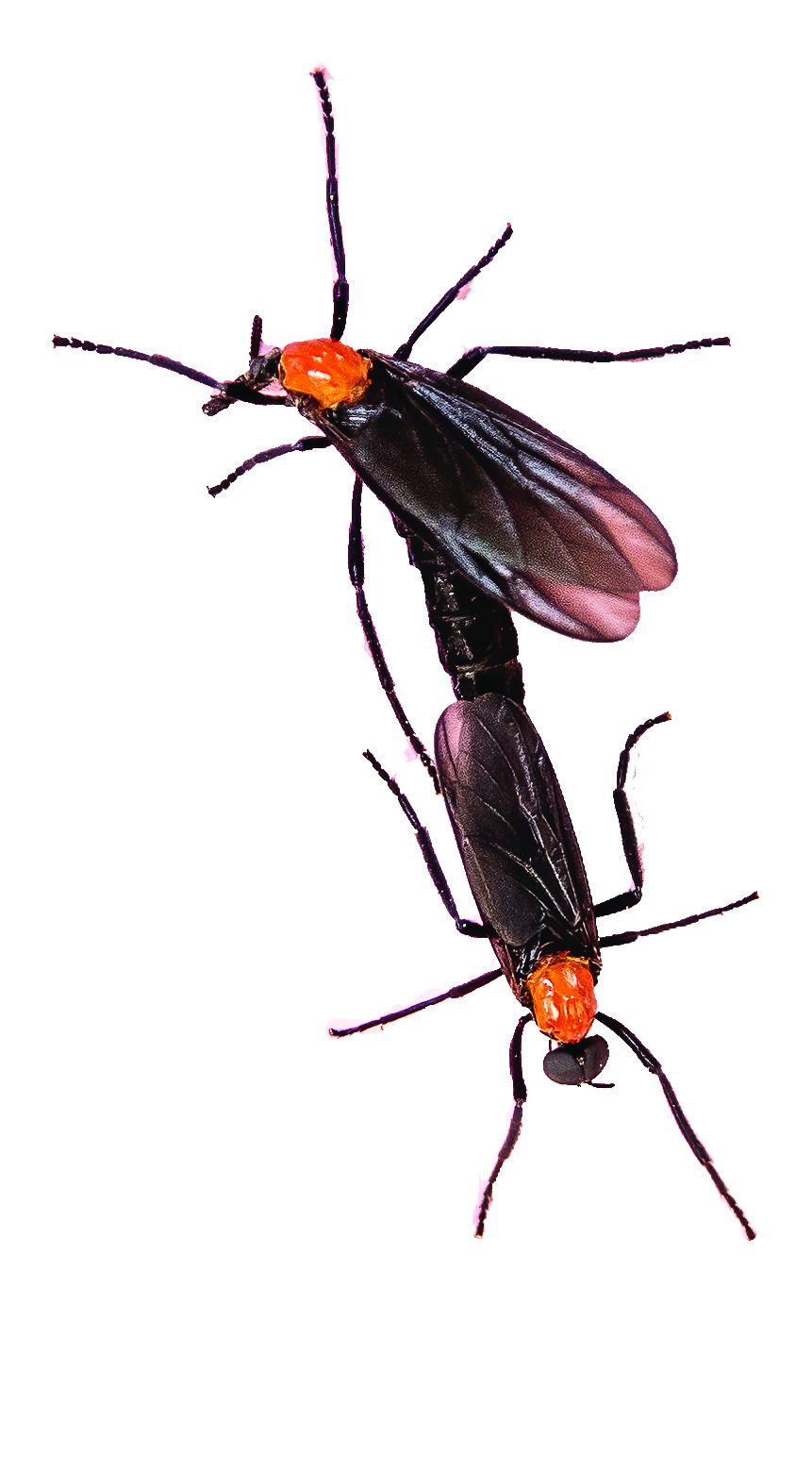 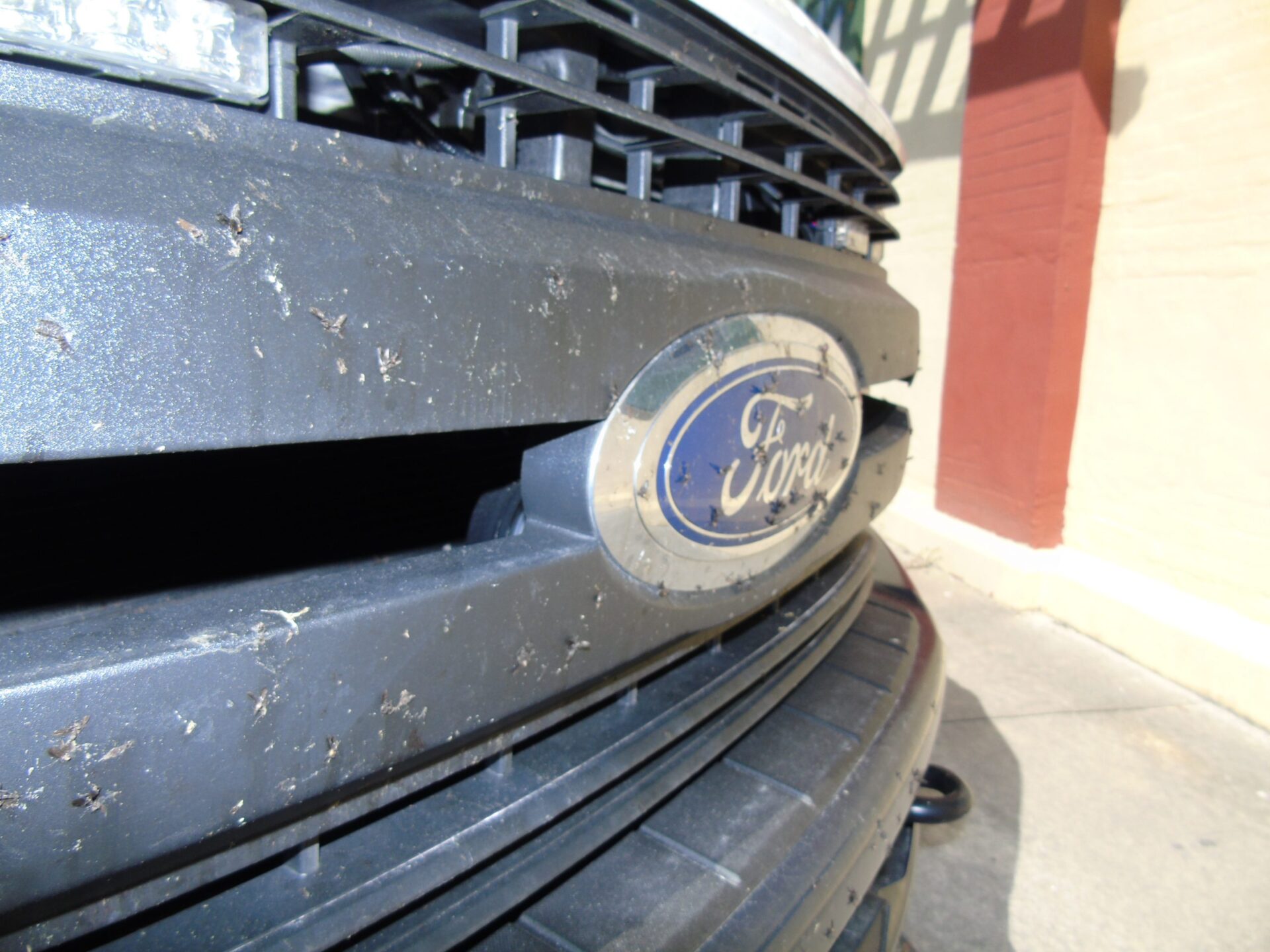 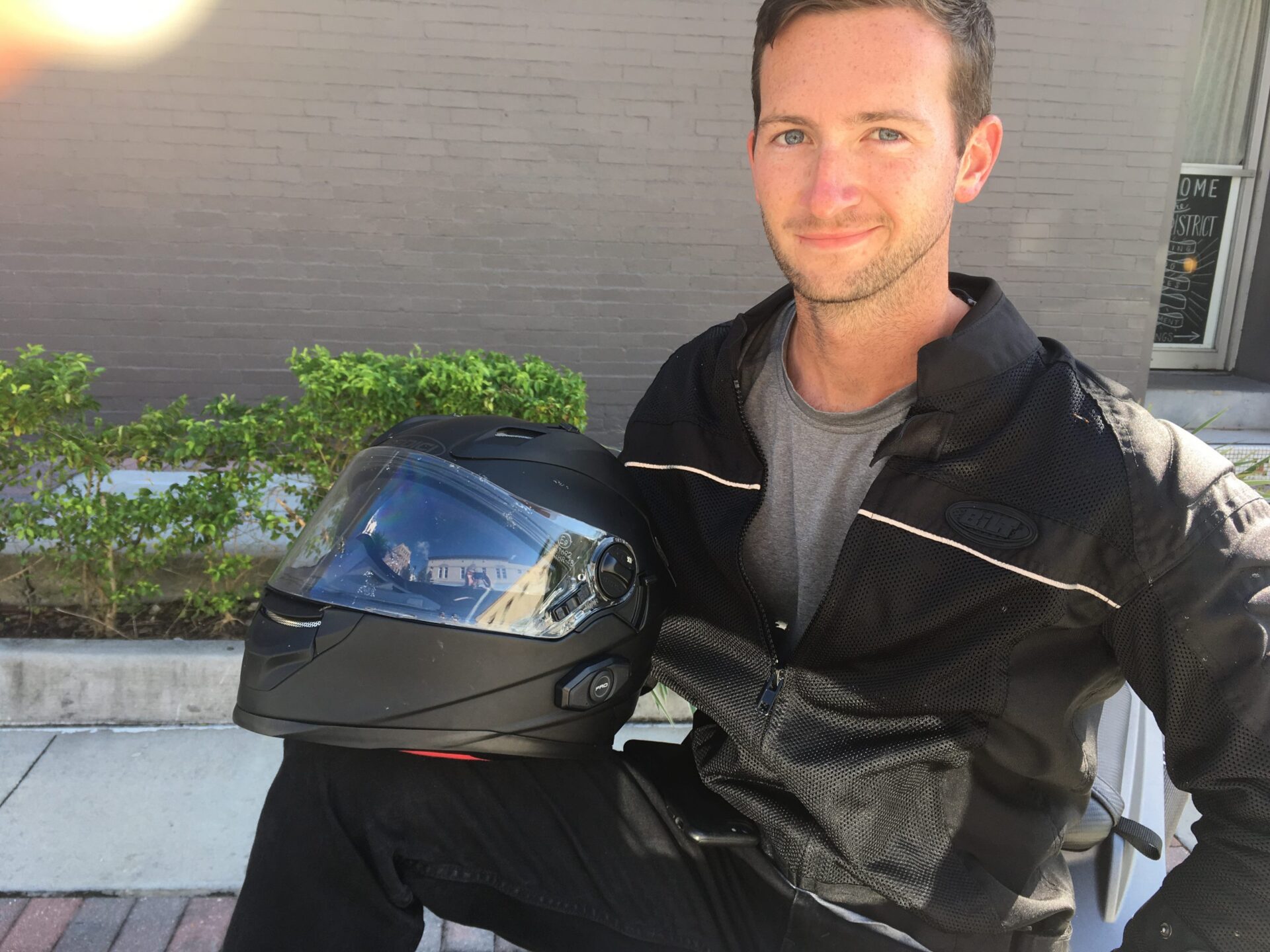 If you’ve gone on a lengthy drive recently, odds are, by the end of your journey, your car’s hood and windshield were covered in the corpses of unlucky lovebugs.

Two by two, the bugs have also been happy to ruin the day of anyone attempting to paint anything outdoors. And, if you’re not careful, a leisurely bike ride could land you with a face full.

Lovebugs, or Plecia nearctica, are a fact of life during late spring and late summer in West Volusia, as in much of the southeastern United States.

This year’s fall crop has been especially plentiful.

“This year, they seem to be worse than they have been,” said DeLand commercial painter Matt Pokol, who’s been working his schedule around the bugs for weeks.

He added, “It seems like they’ve been around for longer, too.”

Also known as the honeymoon fly or double-headed bug, lovebugs are largely harmless to humans, according to the University of Florida Institute of Food and Agricultural Sciences’ Integrated Pest Management program.

“They congregate in unbelievable numbers along highways, and the insects spatter on the windshields and grills of moving vehicles,” according to a UF IFAS fact sheet. “Windshields become covered with the fatty remains, and vision is obstructed. During flights, the flies clog radiator fins, causing cars to overheat.”

The problem is not limited to cars and trucks, as Nicholas McGuire noted, looking at the corpse-spattered visor on his helmet, which protected his face while he rode his motorcycle to DeLand from Daytona Beach.

“Every once in a while, you’ll have one pelt you in the neck,” McGuire said. “It feels like a paintball.”

Kurt Dye, owner of DeLand Nissan, said motorists have a number of options for protecting their cars. If your car is already spattered with dead bugs, a couple of common household items can easily remove them, like a dryer sheet dipped in water.

“A dryer sheet is one of the easiest tools to remove them from a car,” Dye said. “The other thing that I like to use are these Magic Erasers that they’ve come out with.”

There are also protective coatings that motorists can have applied to their vehicles. Nothing is completely foolproof, however.

“We have a product called Xzilon that protects paints. Ours does specifically guarantee against damage from lovebugs,” Dye said. “There is still a reasonable responsibility of the customer that they can’t just ignore it, and drive all lovebug season and expect them not to do any damage.”

Regular car washes are still a likely necessity, even with a protective coating. Lovebug bodies become slightly acidic when left to decay in the sun on a car.

Motorists should also keep an eye on their radiators, to ensure the bugs’ bodies aren’t clogging the radiator fins and impeding cooling.

Dye agreed the amount of lovebugs this season seems higher than usual, noting that the patio at his south DeLand car dealership has required regular washings each day to keep it bug-free.

The bugs have also been a major annoyance to Pokol. His painting crews have to work around the bugs’ schedules.

“We have to get up and start painting at dawn, at sunrise, and then at about 10, they start coming out,” Pokol said. “After that, you can’t do it anymore.”

The bugs seem to be attracted to white paint and bright colors, as well as by the noise from paint-spraying equipment.

Once the bugs come out in force, his crews are usually forced to paint inside, or to stop completely for the day.