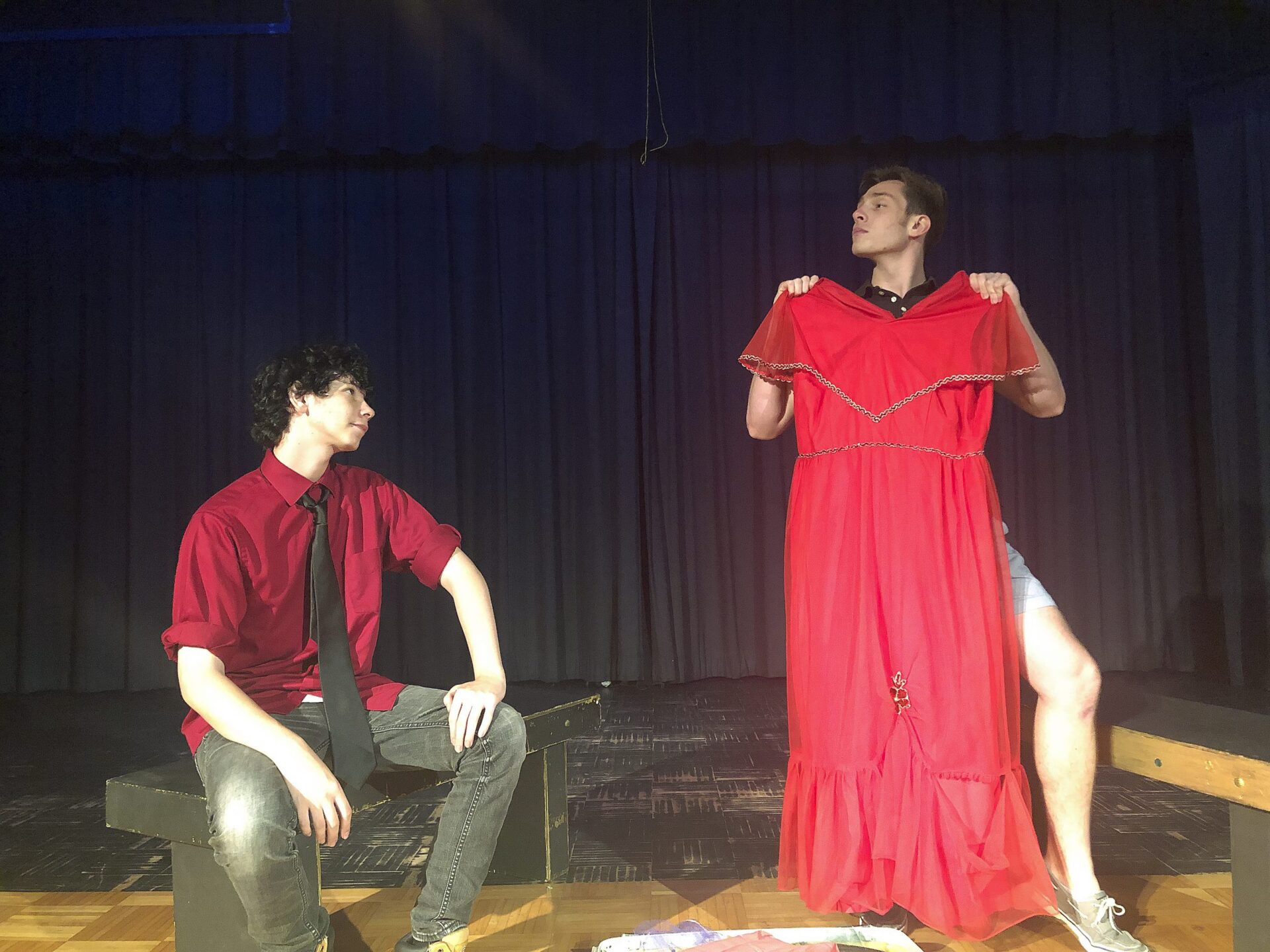 The play is set in York, Pennsylvania, circa 1958. Leo (played by Scotty Leavitt) and Jack (Tyler Mattocks) are English actors who have hit rock bottom in their careers. Desperate to keep working as actors, the pair find themselves doing Scenes From Shakespeare shows around the United States, playing Elks halls and Moose lodges for income. These gigs are not paying what the men need to survive in the U.S. or to get them back to England.

While on a train heading to York, the boys see a newspaper article that inspires what turns out to be the worst idea they’ve ever had, and the best thing that ever happened to their victims!

Meg (Brianna Gutierrez) is engaged to Duncan (Quentin Byerly), who is a minister much older than she is, and without a sense of humor. Meg has always dreamed of becoming an actress and loves to go to the theater as often as she can.

Duncan wants no part of this dream and reminds Meg that she is above such notions and should focus on becoming a minister’s wife instead.

Living in her dying Aunt Florence’s (Tanelisse Gonzalez) house, Meg is destined to inherit a large fortune, upon which Duncan has planned his future. What he hadn’t planned on was Florence holding a last-minute search for her late sister’s two children, whom she hasn’t seen in 30 years.

Placing ads in the world’s largest newspapers, Florence’s attempts lead to fruition when Leo and Jack see the article and decide to pose as the long-lost relatives of the spinster millionaire.

Meg is ecstatic over the news that her cousins have been found; but Duncan, not so much. Things get as out of hand as every Shakespeare comedy should. As always, they also get worked out and everyone lives happily ever after … or do they?

The cast is rounded out by Virgil Grogan as Doc, Hunter Wilkes as Butch, and Annika Dugo as Audrey.

Although the play is drawn from one of Shakespeare’s most popular comedies, audiences won’t need to be proficient in Shakespeare to understand or fall in love with all these characters. However, if you are familiar with Twelfth Night, we think you’ll love it even more, and appreciate how this award-winning playwright has blended his story with that of Shakespeare’s classic.

Leading Ladies will be performed in the DeLand High School Auditorium Wednesday-Friday, Oct. 2-4, with tickets available at the door. The address is 800 N. Hill Ave. in DeLand.

— Jenny Sejansky is the theater director at DeLand High School.