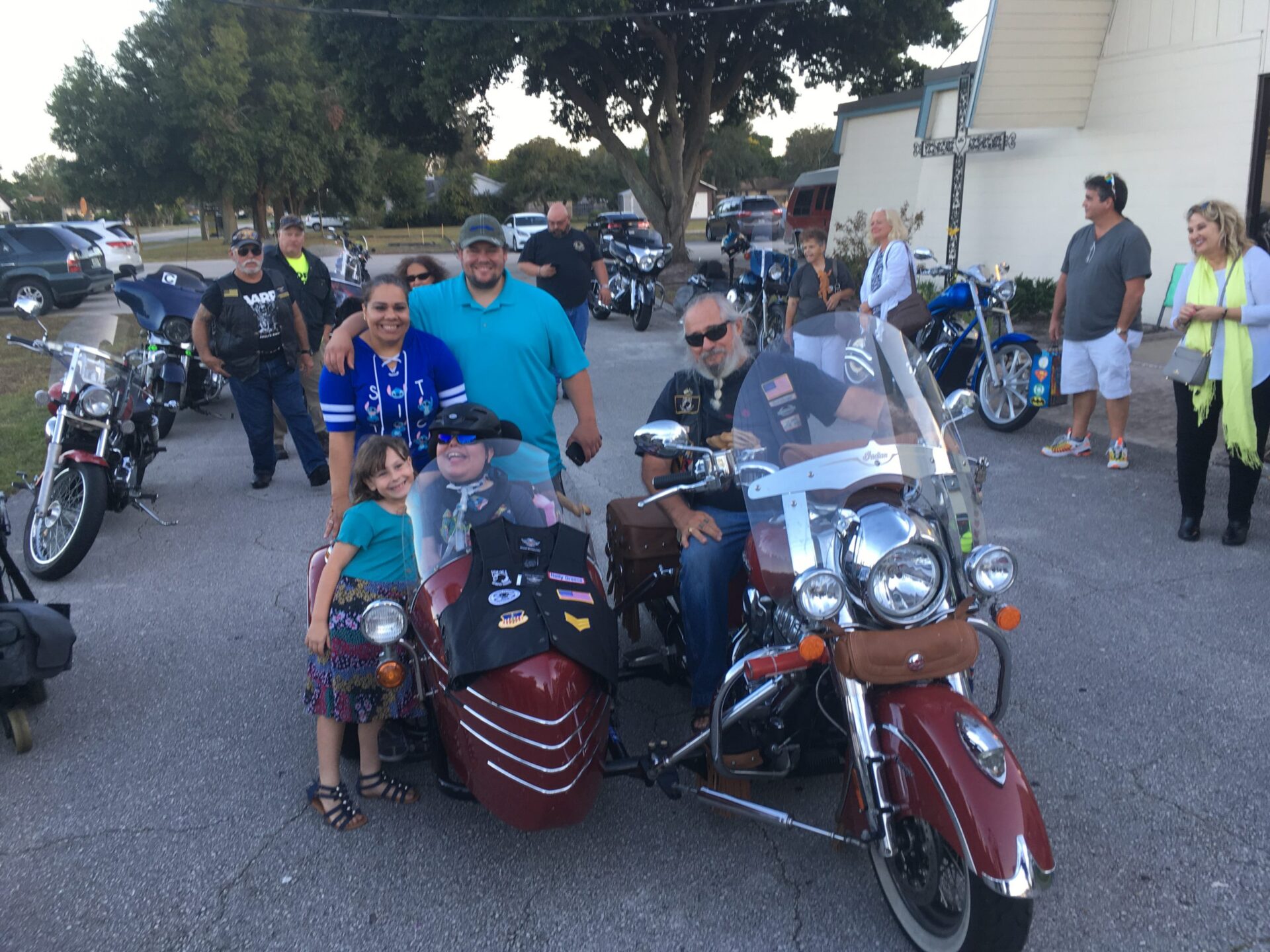 A severely disabled Deltona teen celebrated a milestone with a thrill ride, thanks to friends who made it possible on the eve of his 16th birthday.

Camilo Navas, who requires near-constant care and attention because of breathing difficulties and immobility, was treated to a motorcycle trip in the company of some of Deltona’s veteran bikers. Young Navas was the center of attention during and after his Oct. 5 odyssey through the heart of Deltona.

The teenager rode in the sidecar of Phil Loranger, a retired Army officer and founder of the Warfighters Motorcycle Club. Fellow bikers joined the iron-horse train that began at Providence Plaza, proceeded south along Providence Boulevard and Lake Monroe, and ended at the Community Life Center at 1045 E. Normandy Blvd.

“The doctor said when he was 4 months old he was not going to live past 1 year old. Tomorrow he will be 16 years old,” the boy’s mother, Yorelia Navas, said.

There were smiles in abundance and a few tears of joy, as others joined Camilo in celebrating his survival and the compassion of those who brought cheer to him and his family.