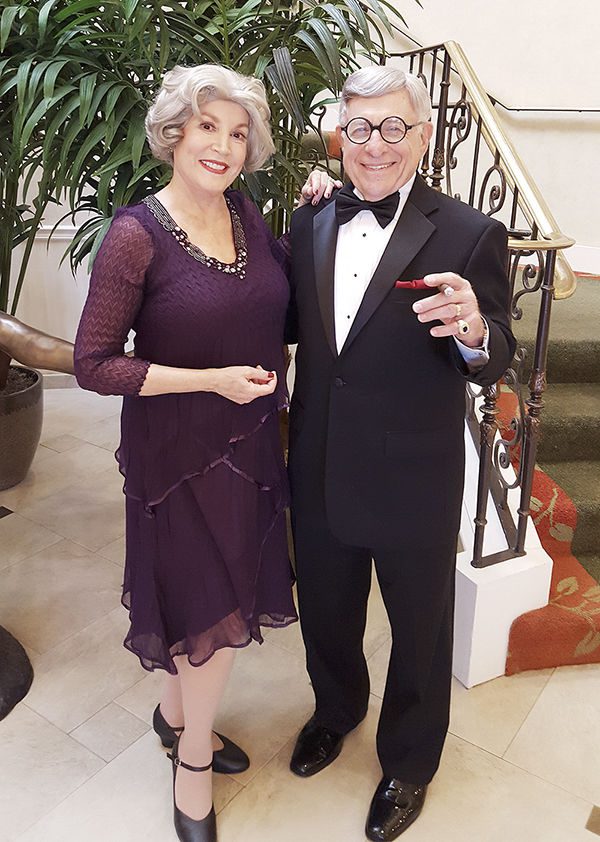 On Sunday, Nov. 10, Peter Salzer and Betsy Wickard will perform at the Athens Theatre in DeLand, resurrecting the humor, sketches and songs that made the dynamic duo of George Burns and Gracie Allen famous. Their tribute to George and Gracie, “Together Again,” will have you remembering a simpler time, and will have you laughing in a way you haven’t in years.

George Burns and Gracie Allen worked together as a successful comedy team that entertained vaudeville, film, radio and television audiences for more than 40 years.

Burns, from New York, started as a small-time vaudeville actor. Allen and her sisters performed as The Four Colleens, singing and dancing in shows on the West Coast.

When Gracie moved to the East Coast, she met Burns and they decided to do an act together, George the comedian, Gracie feeding him the straight lines. Once he realized that she was getting all the laughs, Burns rewrote the act and, for the next 40 years, Burns was Allen’s straight man.

Burns wrote “Lamb Chops,” the act that propelled them to top billing in the vaudeville circuit, with Gracie acting as the silly, lightheaded foil. Burns and Allen made a string of one-reel comedies and then appeared in the films The Big Broadcast and A Damsel in Distress, with Fred Astaire. At the same time, the Burns and Allen radio show became one of the most popular programs of the time.

On television, TheGeorge Burns and Gracie Allen Show put faces to the radio characters audiences had come to love. After Allen retired, Burns remained in show business. At the age of 79, he won an Academy Award for the movie The Sunshine Boys, and he gained greater stardom as God in the Oh, God! series. Burns entertained audiences to the ripe old age of 100 years.

When Peter Salzer walks on stage in “Together Again,” audiences see George Burns come back to life. With humor and song, audiences are reminded of the era when George Burns and Gracie Allen entertained millions.

Betsy Wickard is the perfect Gracie Allen in the sketches and songs that this talented duo bring to the stage. It is a show long-remembered.

To purchase tickets in advance or find out more specific information, visit the Athens Theatre website at www.AthensDeLand.com, or call the box office at 386-736-1500. Box-office hours are 1-5 p.m. Wednesday-Saturday, and one-and-a-half hours before live performances.