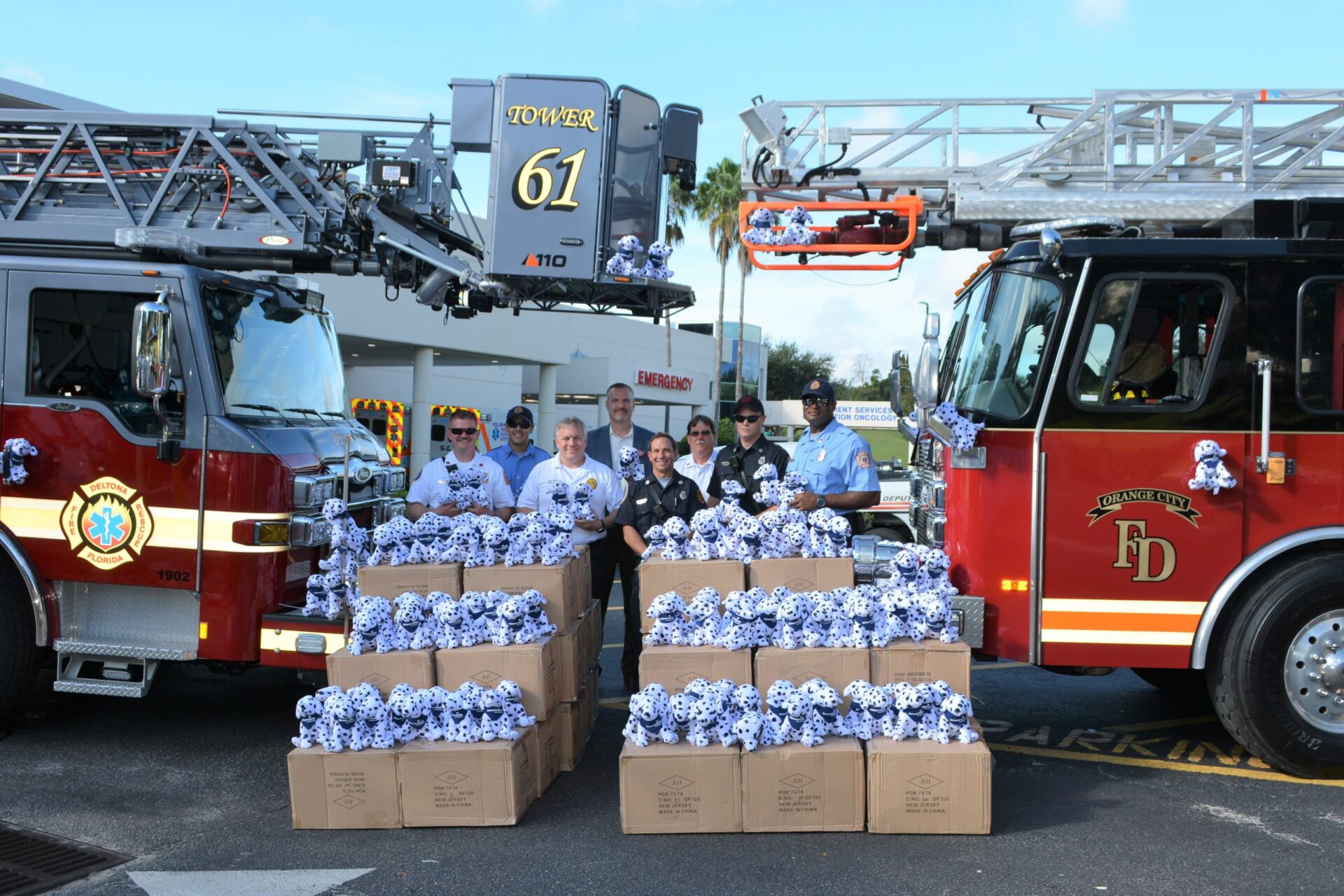 These fire departments receive nearly 20,000 calls a year, and the stuffed animals will be given to children at accident scenes.

This is the 10th year AdventHealth Fish Memorial has given Dalmatian dogs. Historically, the Orange City hospital gave teddy bears, but it transitioned to Dalmatians in 2010.

The tradition of Dalmatians in firehouses dates back more than 100 years.

Dalmatians were originally trained to be coach dogs and run in front of the fire cart, clearing a path and guiding horse-drawn fire carriages toward a fire.

Even after horse-drawn fire carriages were phased out by motorized fire engines, Dalmatians have remained in firehouses as guard dogs and mascots.