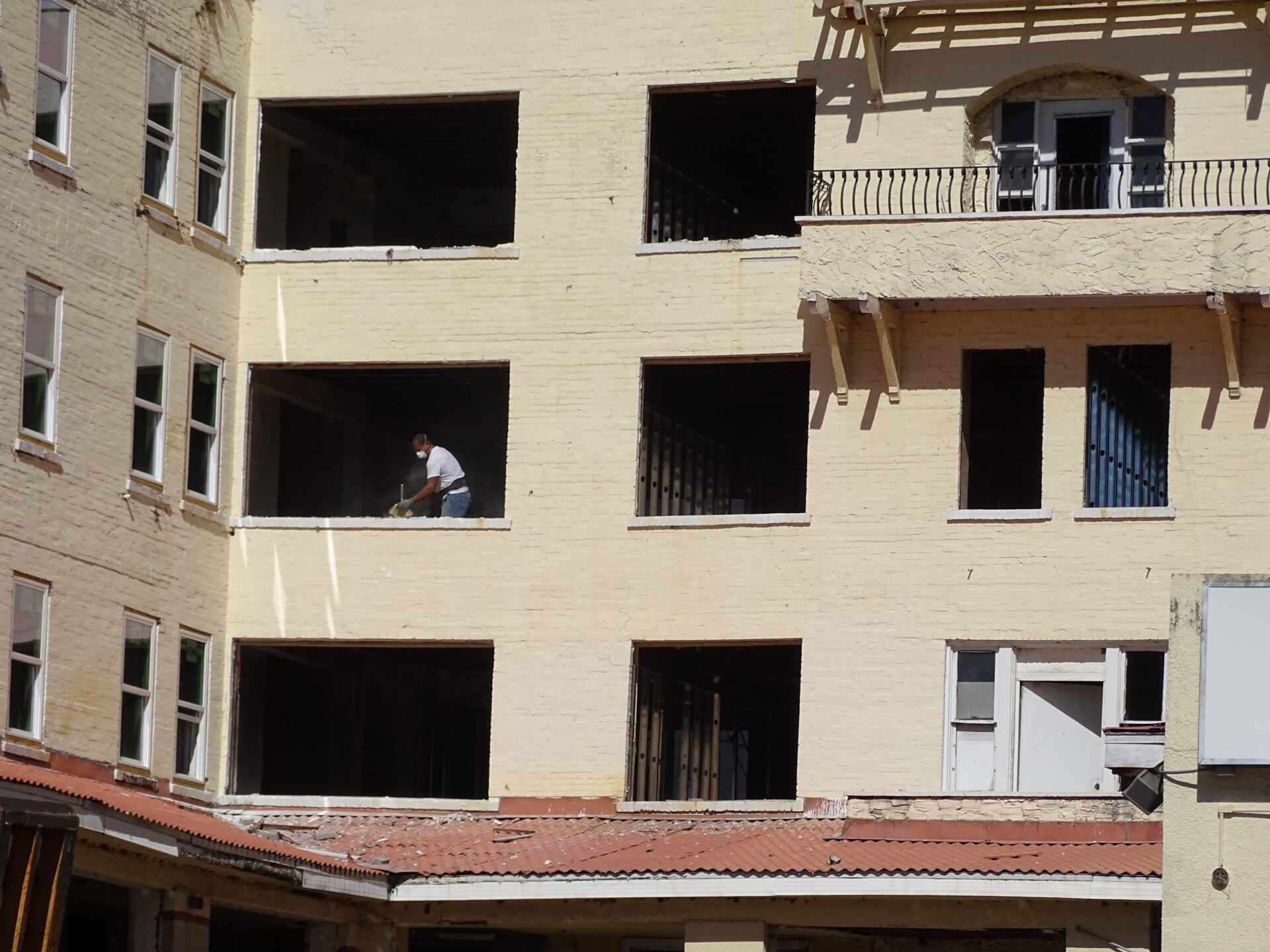 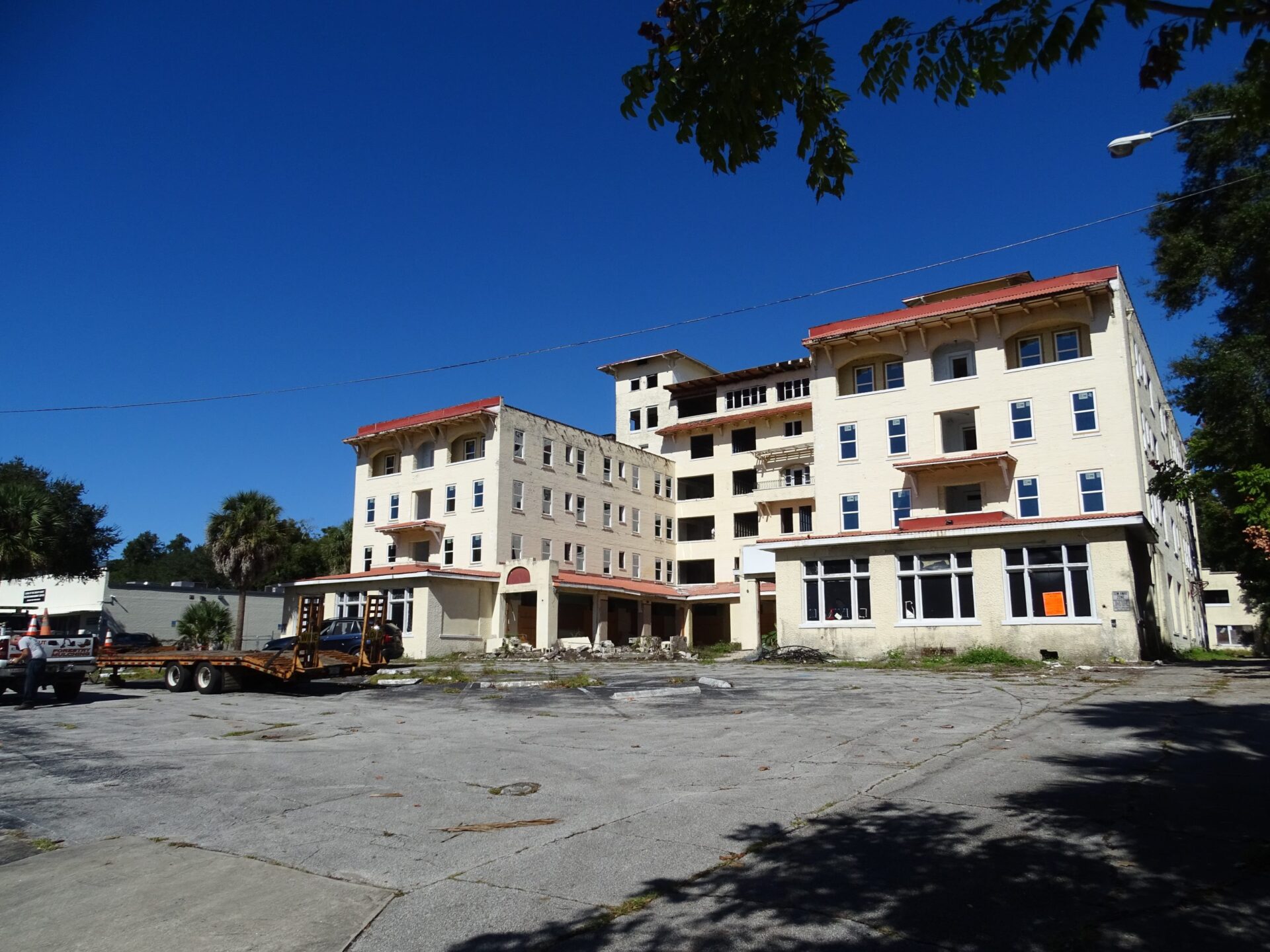 Work to restore the historic Hotel Putnam to something resembling its former glory is continuing at a steady, if slow, pace, despite a few recent hurdles.

Owner Mohamed Rashad, who purchased the 1923 hotel in March 2018 through his company Big Bubba Investments LLC, said he remains committed in his quest to transform the long-neglected structure into 60 apartments.

The inn’s courtyard has been cleaned up and returned to its original design. Several arched entryways that were added later in the building’s life — which formerly served as entrances to two nightclubs — were removed in recent months.

Rashad’s crews have also been hard at work installing dozens of new windows.

It hasn’t all been smooth sailing, however.

Vandals got inside the hotel last month, and threw windows awaiting installation out of a second-floor window.

“I think it was just a bunch of kids,” Rashad said. “They threw two, and they bashed like three more inside.”

No suspects have been found, according to the DeLand Police Department. Still, Rashad isn’t letting the vandalism get in the way of progress.

“We have about 120 windows installed, and we have another 120 staged right now ready to go,” he said.

“Then you have about 80 more smaller windows, like the ones in the kitchens and bathrooms,” he said.

Once the windows are all installed, Rashad said, his architect will submit more detailed plans for the interior of the building. If city officials approve, work on “the trades” — refurbishing things like plumbing and electrical connections — would then begin.

“Hopefully, things should move a lot quicker,” Rashad said. “My idea was that I wanted to finish the windows and secure the building.”

As for keeping the building secure from future vandals, Rashad said he’s purchased a property directly north of the Putnam for added parking space in the future.

“I can have people stay there and keep an eye on the building from there,” he said.

Rashad said keeping out vandals can be a losing battle. In the past, he’s tried boarding up entryways, but vandals seem to kick in the boards and get into the building, anyway.

At this point, his focus is more on making sure nobody gets hurt on the property.

“He has been really really great, him and the whole department there,” he said.

Assuming all goes well and city approvals come quickly, Rashad is currently aiming to have the building ready for use by the end of 2020 or early 2021.