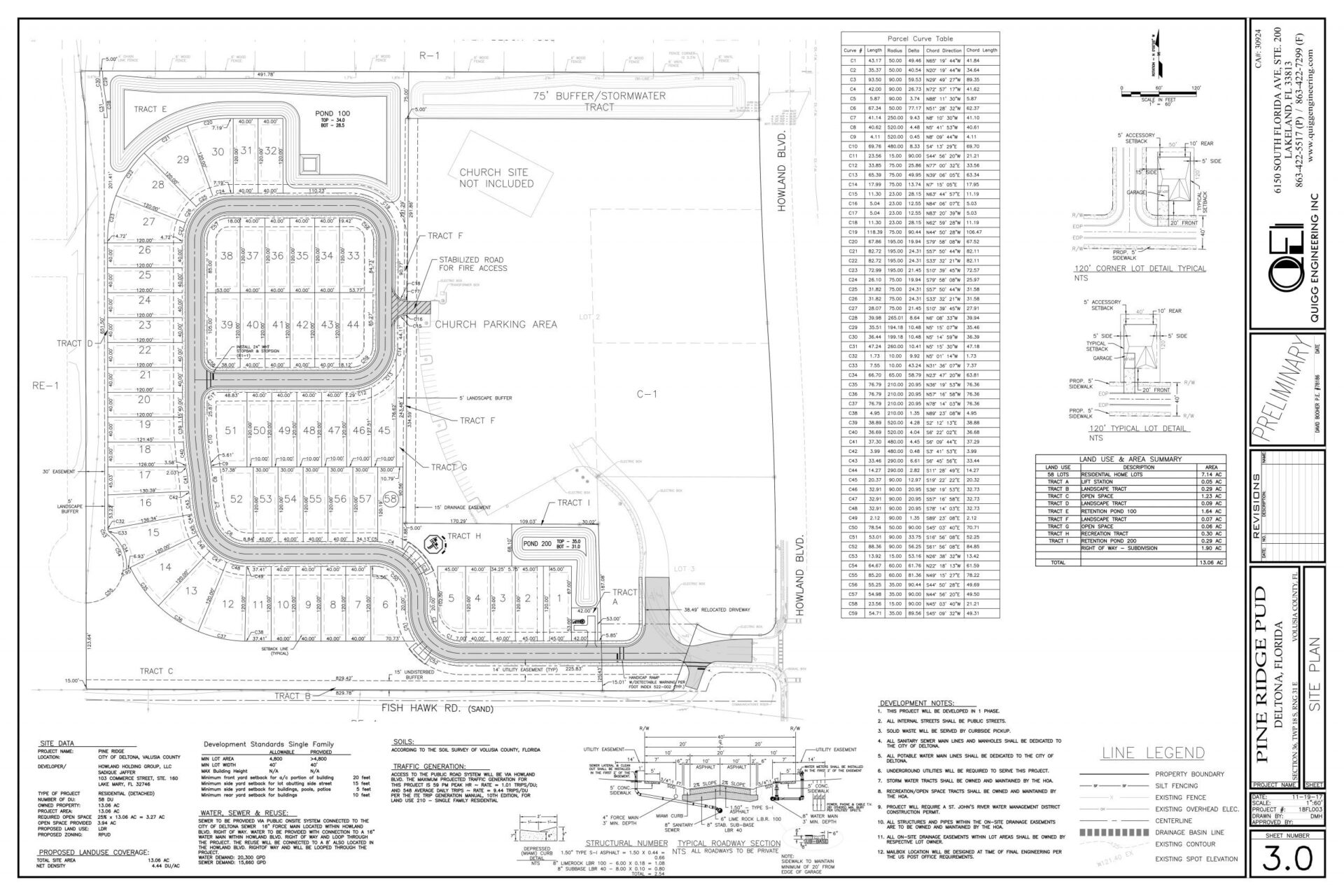 Existing homeowners in a rural setting on Deltona’s east side have scored a temporary victory in the battle to keep away a higher-density subdivision.

The matter goes for a vote by the Deltona City Commission later this month.

By a 6-1 margin, Deltona’s Planning and Zoning Board on Dec. 18 objected to a request from a Lake Mary developer to pack more people in a smaller area close by.

“Go back to the residents and talk to them,” Planning and Zoning Board Member Ruben Munoz told Mark Watts, the attorney representing developer Howland Holdings LLC.

The board voted to recommend that the City Commission deny the developer’s request for rezoning of 13.6 acres from the current RE-1 (Rural Estate) classification to a residential planned-unit development.

The board’s vote is a nonbinding recommendation to the Deltona City Commission, which will act on the matter Jan. 21.

Under RE-1 zoning, lots must be an acre or greater, but the proposed RPUD would be carved up into 58 lots.

Those lots would be about 40 feet wide and about 120 feet long, measuring approximately 4,800 square feet, or about one-eighth of an acre.

“Everybody out here has 2 or more acres. We have five,” John Brunoehler said.

Pine Ridge is also the name of the new proposed RPUD, whose density drew the board’s attention.

“The only concern I have is shoehorning that many homes on that few acres,” Planning and Zoning Board Member Michael Putkowski said.

Noting there is already development surrounding the property, Watts said the parcel would be suitable for the RPUD.

“Therefore, the Pine Ridge RPUD, as planned, will be integrated into the subject rural area in a manner that is sensitive to protecting the local rural lifestyle while still facilitating urban development needed to accommodate expected growth,” the planning staff’s report reads in part.

The report promises “the Pine Ridge RPUD project will afford generous buffers and setbacks to provide adequate separation between the Pine Ridge development and existing homes.”

The current Pine Ridge settlers were not swayed by the assurances.

“We the people … are 100 percent opposed,” he told the Planning and Zoning Board.

“It’s just wrong. The traffic is horrendous already,” Kathy Holley said. “We can’t take another home in that area … It’s not [the] time for it.”

“We are concerned that this will change the character of our neighborhood,” Ella Wheeler said.

Questioned by the board whether he had met with Pine Ridge’s current neighbors regarding the RPUD, Watts said he had done so, and he acknowledged there was “not a favorable vote” for the project.

“This is like going from a Rolls-Royce to a Volkswagen, without stopping for a transition to a Chevrolet or a Ford,” Planning and Zoning Board Vice Chair John Harper said.

“Go back to the drawing board,” Putkowski told Watts.

The Planning and Zoning Board’s vote against the proposed Pine Ridge RPUD comes in the wake of the City Commission’s approval of two other RPUDs not far away.

Both the Courtland and Doudney subdivisions also provide for lots smaller than most of Deltona’s older homesites, which usually measure 80 or 85 feet wide and 120 or 125 feet in length.