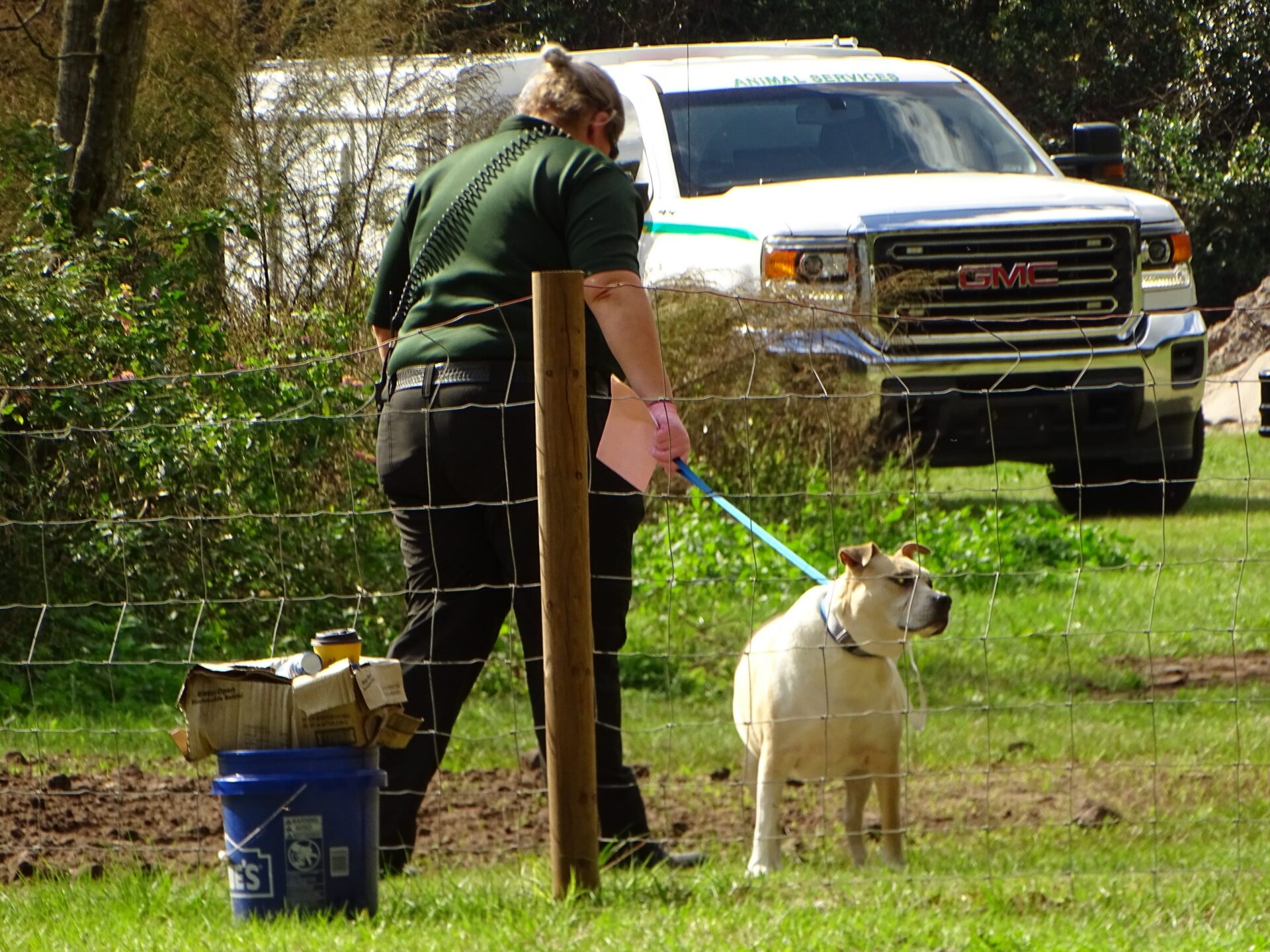 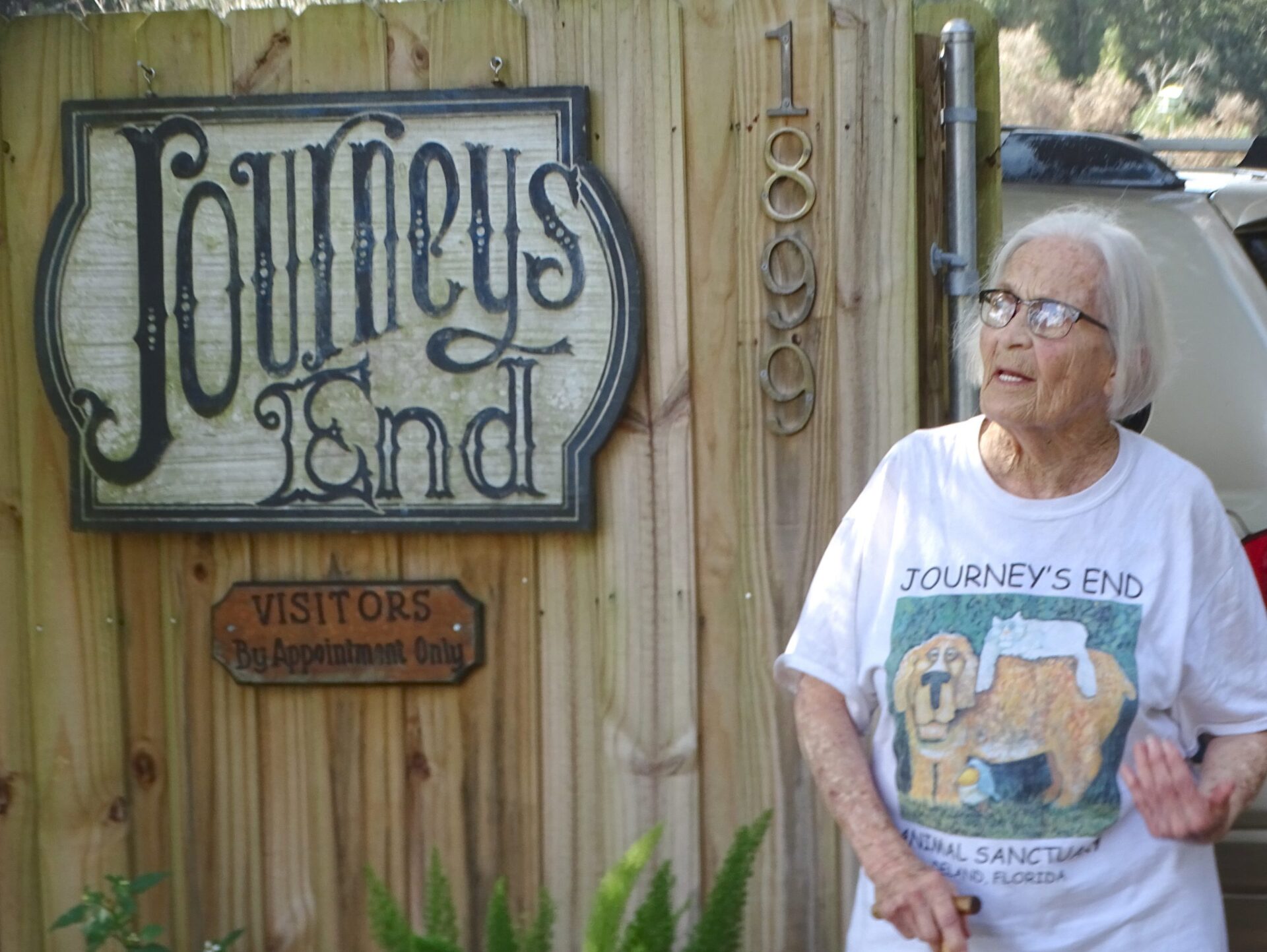 The warrant gave county officials the authority to remove animals from Journey’s End Animal Sanctuary, on Mercers Fernery Road north of DeLand, that were deemed to be in need of immediate medical care.

The sanctuary, which has been in operation since 1974 as a home for unadoptable animals, such as those with chronic health conditions, began attracting county scrutiny last summer.

At that time, county officials reported receiving unspecified complaints about the facility.

Wednesday morning, Volusia County spokesman Kevin Captain said in a news release that the search warrant was being executed in response to an inspection from a veterinarian who “identified opportunities for county intervention.”

He wrote, “While well-intentioned, Journey’s End operations are not suited to the proportion of animals and the level of care they require. In an effort to ensure optimal and humane care of the animals, any animals removed from Journey’s End will be taken to undisclosed locations for the provision of acute veterinary care.”

He went on to say that Volusia County Animal Services, the County Attorney’s Office and the Volusia County Animal Control Advisory Board have been working for months with Journey’s End’s attorney to “collaborate on a plan to bring the facility up to acceptable standards while simultaneously providing information.”

Volusia County Animal Services officers counted a total of 127 animals at the facility Wednesday, including the 16 that were removed.

While Journey’s End is intended to be a home for animals who would normally be deemed unadoptable, county officials have said at least some of the animals on-site are likely adoptable.

Florence Thuot, the sanctuary’s founder who is now 92, said many of the animals on-site require specialty care to live. She said she worried about the fate of the animals that might be moved elsewhere.

“If they take some of these animals away — we have a dog that hops around, and we have to express, specially handle, specially medicate — if they take them away and put them in the Humane Society, there are several that are going to die,” she said.

Thuot said the action at the sanctuary stemmed from a complaint made by “a 20-year-old vet tech who worked here for a couple of days.”

She said all the animals at Journey’s End with various afflictions receive the specialty care they need, disputing county officials’ accusations of inadequate care.

“Because of this, donations have risen,” Thuot said. “The public is fully supporting us.”

A hearing will be scheduled within 30 days to determine the ultimate fate of the removed animals, as required by Florida law.

County spokesman Davidson recognized how emotional the situation was for Thuot, but said the action taken was in the best interests of the animals.

“We realize that this is a really emotional issue for Florence. It’s emotional for us as well,” he said. “They love the animals, and we do as well. We all want the same thing, and that is the very best care for the animals that are being housed here.”

He added, “Absolutely the goal is to continue working with Journey’s End. We’ve been doing this from the very beginning. We’ve been out here multiple times, making suggestions of things that they can do to improve and upgrade the operations and the conditions, and they have made some changes.”

Davidson denied that county officials were seeking to shut down the sanctuary.

“We certainly hope it would stay open,” he said. “We understand that they’re providing a service, and we’re not trying to close them down. We’re here to help them and to help the animals.”

Read the full forensic veterinary report on Journey’s End below.