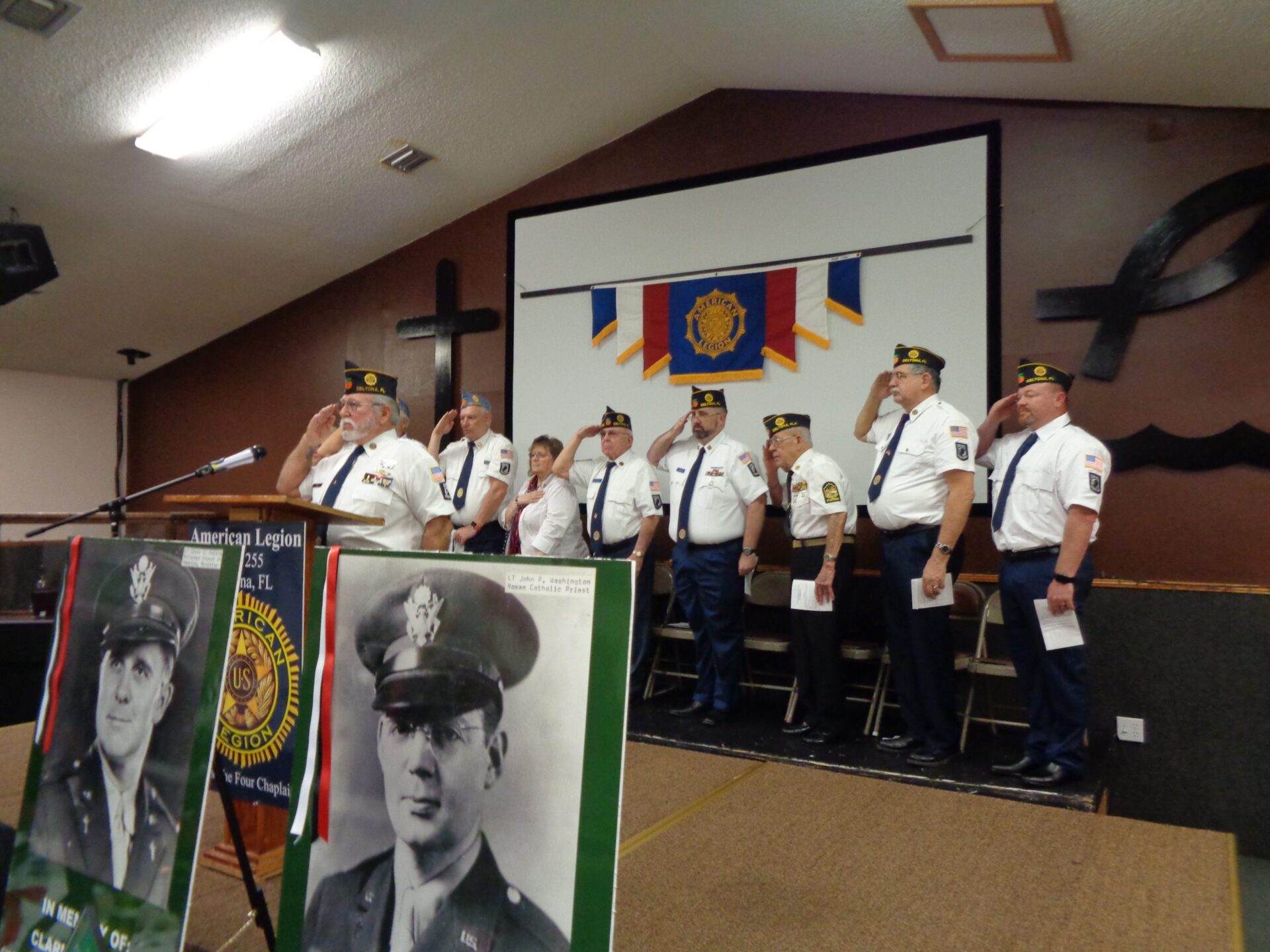 Sgt. David G. Ledgerwood American Legion Post 255 will host ceremonies in honor of four U.S. Army clergy who were credited with saving others from death in World War II.

The program recalls the story of the chaplains — two Protestant ministers, a Catholic priest and a Jewish rabbi — who helped many escape from the USAT Dorchester after the ship was torpedoed by a German submarine Feb. 3, 1943.

The chaplains calmed and comforted troops and crew members aboard the doomed ship by handing out life jackets, and even giving up their own life jackets to save others.

The chaplains were last seen praying together on the deck of the ship as it slipped beneath the waves of the icy North Atlantic.

The featured speaker for the service will be Messianic Rabbi Paul Falk, of Ariel Congregation in Orange City. Music will be provided by Galaxy Middle School students. Refreshments will be served. The public is welcome to attend.