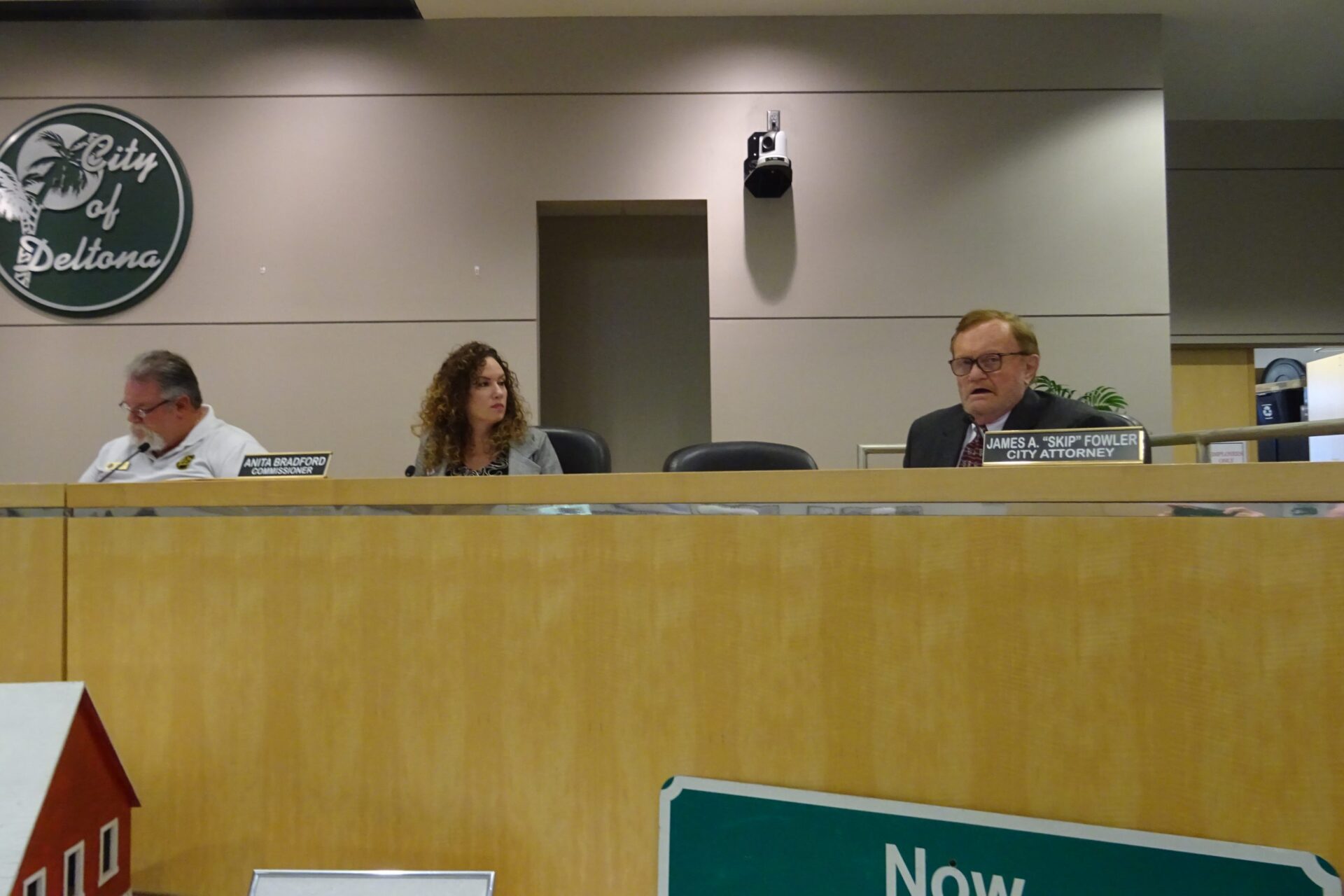 It is official: Jane Shang is no longer Deltona’s city manager.

In a special meeting called Jan. 28 to act on Shang’s intention to resign, the City Commission voted unanimously in favor of her exit.

“What we’re looking at here is a resignation with 20 weeks of severance,” Mayor Heidi Herzberg told her colleagues and the audience.

Exactly how much of a payout Shang stands to receive is not clear.

“I think everybody in this room wants to know the dollar amount,” resident Elbert Bryan said during the public-comment portion of the meeting. “It would be nice to know. … We need to move forward with a clean slate.”

Commissioner Anita Bradford said Shang had “given herself raises without commission approval.”

“This to me is a breach of contract,” Bradford noted, after Herzberg said Shang’s salary for her first year as Deltona’s city manager was $165,000.

Shang may also be entitled to convert unused vacation and sick leave into cash.

“Tell the people how much!” someone in the audience called out.

It took a little less than an hour — punctuated by reactions, outbursts and catcalls from the audience — for the City Commission to part with Shang.

It was work that originated the week before when commissioners voted 4-3 to express “no confidence” in Shang. They also had voted 4-3 to fire Shang, but that vote didn’t meet the threshold of a supermajority — at least five of the seven — required to fire or hire a city manager or city attorney.

Shang had survived previous votes to fire or suspend her, notably after an investigation by the Florida Department of Law Enforcement had concluded she had violated state election laws.

Shang illegally voted in Deltona municipal elections in 2016 and 2018, according to the FDLE, because she used Deltona City Hall as her home address on her voter records.

Each of the four counts of voter fraud was a third-degree felony punishable by five years imprisonment, but Shang avoided trial on the charges by entering into a deferred-prosecution agreement with the State Attorney’s Office.

She admitted wrongdoing and paid about $6,000 in charges and fees related to the investigation. She also had to meet a host of conditions, including a year of drug testing and monitoring.

Shang finally lost support from commissioners who had previously supported her, because she was blamed for low morale among city employees.

Bradford accused Shang of creating a “toxic” work environment that drove many workers away. Herzberg said she had heard complaints of “micromanagement” by the manager.

The mayor had been a staunch ally of the manager, but said she had become concerned about Shang’s job performance “about September” and had spent “sleepless nights” worrying about the city government.

NEW HOSPITAL — Lights are on at the new Halifax Health | University of Florida Health Medical Center of Deltona on a recent night. City Manager Jane Shang’s departure comes just as the hospital is preparing to open.

Commissioners also complained about a lack of communication from Shang about issues affecting them and their constituents.

“The vote of no confidence in the city manager was long overdue,” resident Jennifer Chasteen told the City Commission. “She should have been terminated with cause.”

Shang was conspicuous by her absence from the meeting. Her place on the dais was vacant, and not even her nameplate was to be seen. Shang also did not attend a City Commission workshop the previous evening.

The commission rejected Shang’s demand for a nondisparagement agreement, whereby the commissioners and Shang would refrain from saying anything adverse or negative about each other, especially in future conversations.

“Essentially, the nondisparagement agreement is a gag order on the city,” Herzberg said. “If you’re not guilty, why do you need a gag order?”

Most of the spectators attending the meeting vocally — at times out of order — approved of Shang’s departure, but they didn’t approve of the largesse from City Hall she takes with her.

Soukup, who now lives in DeLand, resigned in 2017 from the Deltona District 5 seat. He recalled he had voted against hiring Shang in 2015.

Not everyone in the City Commission Chambers was against Shang.

“This is a sad day. I have supported Ms. Shang. I still support her. I think many of her mistakes were of a personal nature,” Doug MacDonald said. “I don’t feel the city suffered any economic loss.”