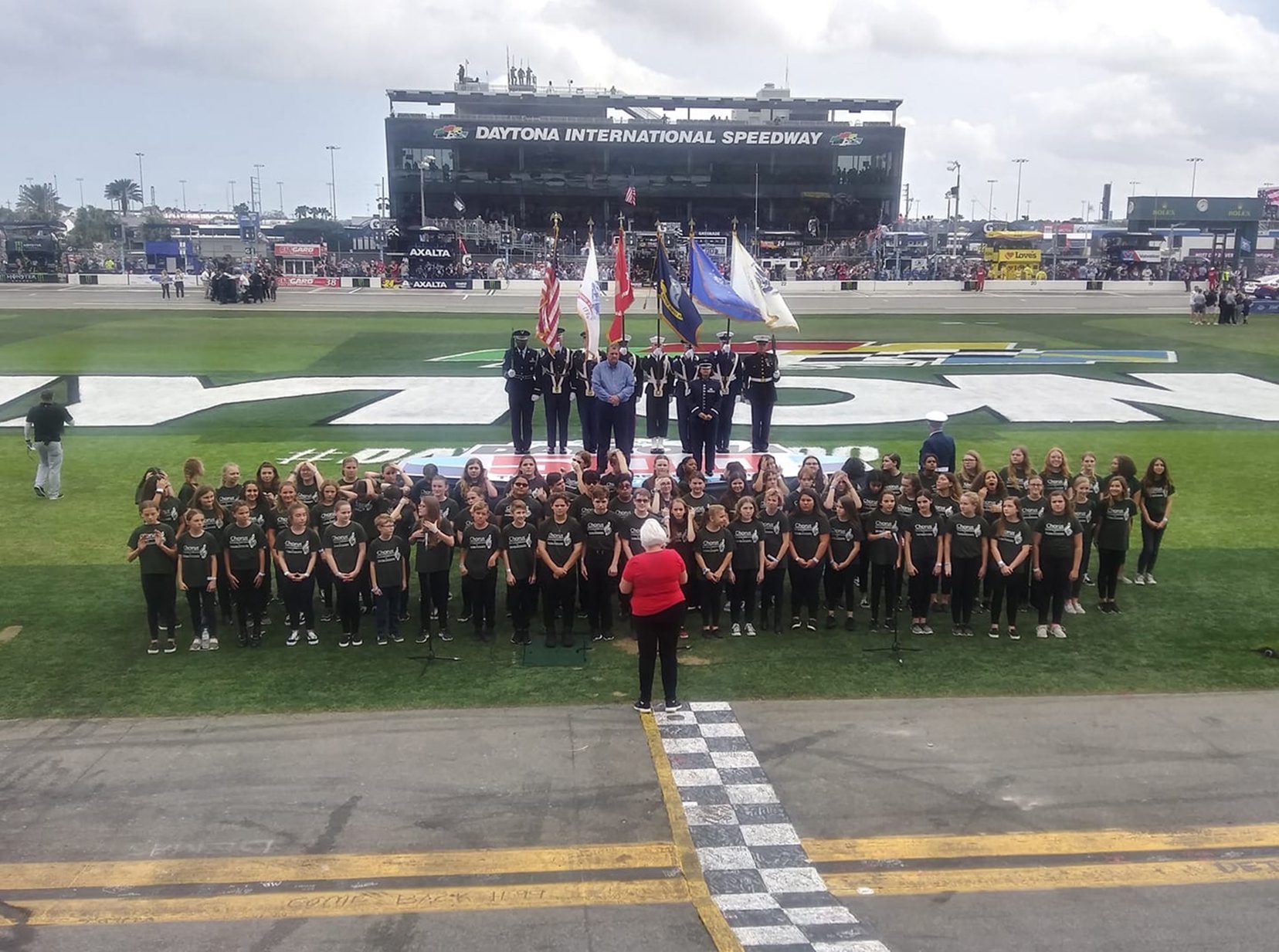 A group of Orange City chorus students got a chance to perform a patriotic melody before more than 100,000 cheering race fans, including the country’s president and first lady.

Students from River Springs Middle School got the opportunity to sing “God Bless America” Feb. 16, shortly before drivers got the green flag at this year’s Daytona 500.

Choral director Stacey Brackney said her students have been preparing for the event since the start of the school year.

“The kids were ecstatic about the possibility of singing at the 500, and have been so anxious for the day to arrive,” she said.

Brackney said she was contacted by an official from Daytona International Speedway about a new initiative, where “God Bless America” would be sung before each race.

“I was interested, and thought that I would ask about the ‘big race,’ not ever imagining that it would be available,” Brackney recalled. “It was available, and my principal, Stacy Gotlib, gave me the OK, and we started the ball rolling to make this happen.”

Despite a rain-dampened day, getting the opportunity to sing at one of NASCAR’s premier racing events was an opportunity like none other, Brackney added.

The 75 students participating were from all of the grades offered at River Springs — that is, sixth, seventh and eighth.

“As their teacher, I am extremely excited to be able to offer this unique possibility to my students,” Brackney said. “It has been an exhausting endeavor with fundraising, rehearsing and trying to keep the momentum up.”

In the end, all the effort was more than worth it.

“The look on their faces when they perform, and to see the excitement, to see the race, [made] it all worthwhile,” she said.

The race itself started Sunday afternoon as planned, but was suspended on lap 20 and postponed until 4 p.m. Monday, according to media reports. Denny Hamlin was the overall winner of the race, in which another driver, Ryan Newman, was seriously injured in a crash on the final lap.