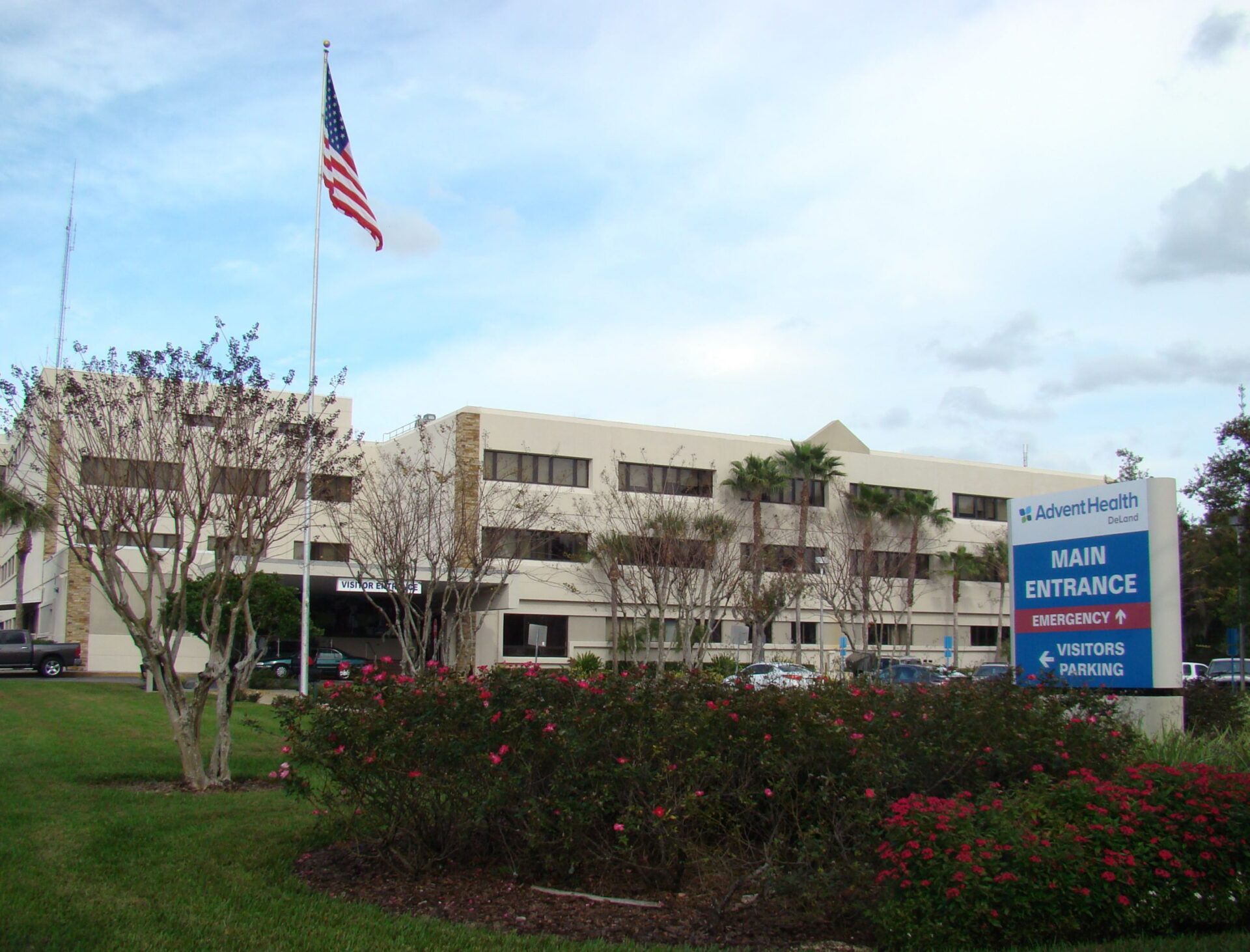 Buffeted by intense criticism from residents, including an elected member of its own board, the West Volusia Hospital Authority could change how it pays millions of dollars to local hospitals to care for the area’s poorest people.

The change makes it no longer a certainty that AdventHealth will receive millions in tax money from the authority each year, as it has for the past two decades.

The authority, which collects property taxes to fund health care for indigent West Volusia residents, is currently in the last year of a 20-year contract with AdventHealth, the hospital chain that runs hospitals in DeLand and Orange City.

Nearly $6 million is projected to be paid to AdventHealth during the 2019-20 budget year, making up a large chunk of the authority’s $20.3 million budget.

The contract stems from the Hospital Authority’s decision to sell what was then Memorial Hospital-West Volusia to what was then Adventist Health System, which ran its hospitals in the state under the Florida Hospital brand before rebranding last year.

However, a chorus of critics — physician and Hospital Authority Commissioner John Hill one of the loudest among them — have blasted the contract with AdventHealth and have criticized the nonprofit health company’s spending on marketing and executive compensation.

Reimbursements are also capped at a certain amount each year — about $5.7 million in the case of the most recent budget.

The Hospital Authority held a workshop Feb. 20 to start the conversation about how, or if, the contract, which expires Sept. 30, should be renewed.

In all, the recent vocal criticism of AdventHealth raises the prospect that the Hospital Authority may not negotiate a new contract with the company, and may no longer set aside a budget line item for the company after the current fiscal year ends Sept. 30.

Instead, the hospital company may find itself in line with more than a dozen other local health care providers and community agencies who ask each year for funding from the WVHA.

Several AdventHealth officials were on hand to present things from their perspective, including Rob Deininger, president of AdventHealth Fish Memorial in Orange City.

Deininger pointed out that the hospital retains very little of the money an average patient spends — about $124 of a hypothetical $8,795 of revenue from a patient.

The rest goes toward staff wages, supplies, capital improvements and other business expenses.

He laid out several “guiding principles” for a possible new contract, including a shorter term — three years instead of 20 — and no reimbursements greater than 100 percent of Medicare rates, with a $5.5 million payment cap.

“We would also be willing to have a conversation about incrementally decreasing the cap over the term of the contract, to some steady-state level that we could agree on,” he said.

Deininger also said he’d like to see WVHA patients get access to CentraCare urgent-care facilities and telemedicine services, which would allow the hospital system to potentially provide care at a lower cost.

Medicaid rates average about 56 percent of Medicare rates across all services, according to data from the Kaiser Family Foundation, a nonprofit specializing in health-policy research.

“Our cost of care on a per-patient basis exceeds Medicare [rates] today within our network,” he said.

Millions for a race car?

During the workshop, Hill stepped down from the dais and went through a PowerPoint presentation criticizing some of AdventHealth’s spending.

Among his targets were AdventHealth’s sponsorship of an entry gate at Daytona International Speedway, which he estimated to cost $20 million.

The Sports Business Daily publication said five branded “injector entrances” at the speedway were sold for $2 million to $2.5 million annually over 10- to 15-year terms.

Hill also blasted the company’s sponsorship of a race car, which he estimated at $25 million. NASCAR race car sponsorships can range from $3 million to $35 million, according to Adweek, an advertising trade publication.

“I don’t know what it is today,” he said. “I asked, and I wouldn’t be provided with numbers.”

Hill also pointed out that Volusia County and its cities were losing out on millions in property-tax revenue on AdventHealth facilities, due to the company’s nonprofit status.

Indeed, all hospitals are required to stabilize patients who come in for emergency care, under a 1986 federal law known as the Emergency Medical Treatment and Labor Act.

Hill also presented excerpts from AdventHealth’s 990 forms — tax forms filed by tax-exempt companies — which showed six- and seven-figure numbers for salaries and benefits for some of the company’s officers, directors and employees.

Hill, who owns West Volusia Family and Sports Medicine but is also on staff at AdventHealth DeLand, said there were “40-50 different physicians and providers” in the area who have said they would take care of indigent patients free of charge while in the hospital.

After Hill finished his presentation, several members of the WVHA board discussed the expiring contract and what, if anything, to replace it with.

Attorney: Why a contract?

Hospital Authority attorney Ted Small questioned the need for a special contract at all.

“You’re about to authorize funding applications for everybody who’s going to apply for funding, and it’s the closest thing this board has to a bid process,” he said. “If this moves to a year-to-year contracting process, why wouldn’t this just be a logical place to ask the hospitals to submit an application, just like all of the other entities that are funded from year to year.”

AdventHealth’s David Ottati, who heads the company’s east Central Florida division, said the company would prefer a multiyear contract, saying that AdventHealth does multiyear planning on many of the services it provides.

The WVHA board discussed the matter more at the regular meeting that immediately followed the workshop. Small elaborated on his previous comments, saying that having AdventHealth apply for money each year could improve transparency.

“That would alleviate some of the concerns that I know some board members have about having an incomplete picture about how they’re utilizing the money, because they would have to fill out the same level of detail every other agency fills out in its application,” Small said.

Hill supported the move, and noted it could make the process more open for other providers to apply for funding.

“It allows us to have better transparency with the dollars that are being spent, and then it opens it up to other hospitals or primary care or whatever that may come,” he said.

Commissioner Andy Ferrari somewhat colorfully noted the move could help alleviate some of the recent controversies the WVHA and AdventHealth have experienced.

“I don’t think it puts the hospitals on the hot seat,” he said. “I actually think it’s going to alleviate some of the — can I do something I haven’t done in a while? — some of the bulls*** and the drama, to be honest with you.”

In the end, the board unanimously approved a motion to have AdventHealth apply for funding each year. Such applications are reviewed by the WVHA’s Citizen Advisory Committee, and ultimately approved as part of the authority’s budget late each summer.