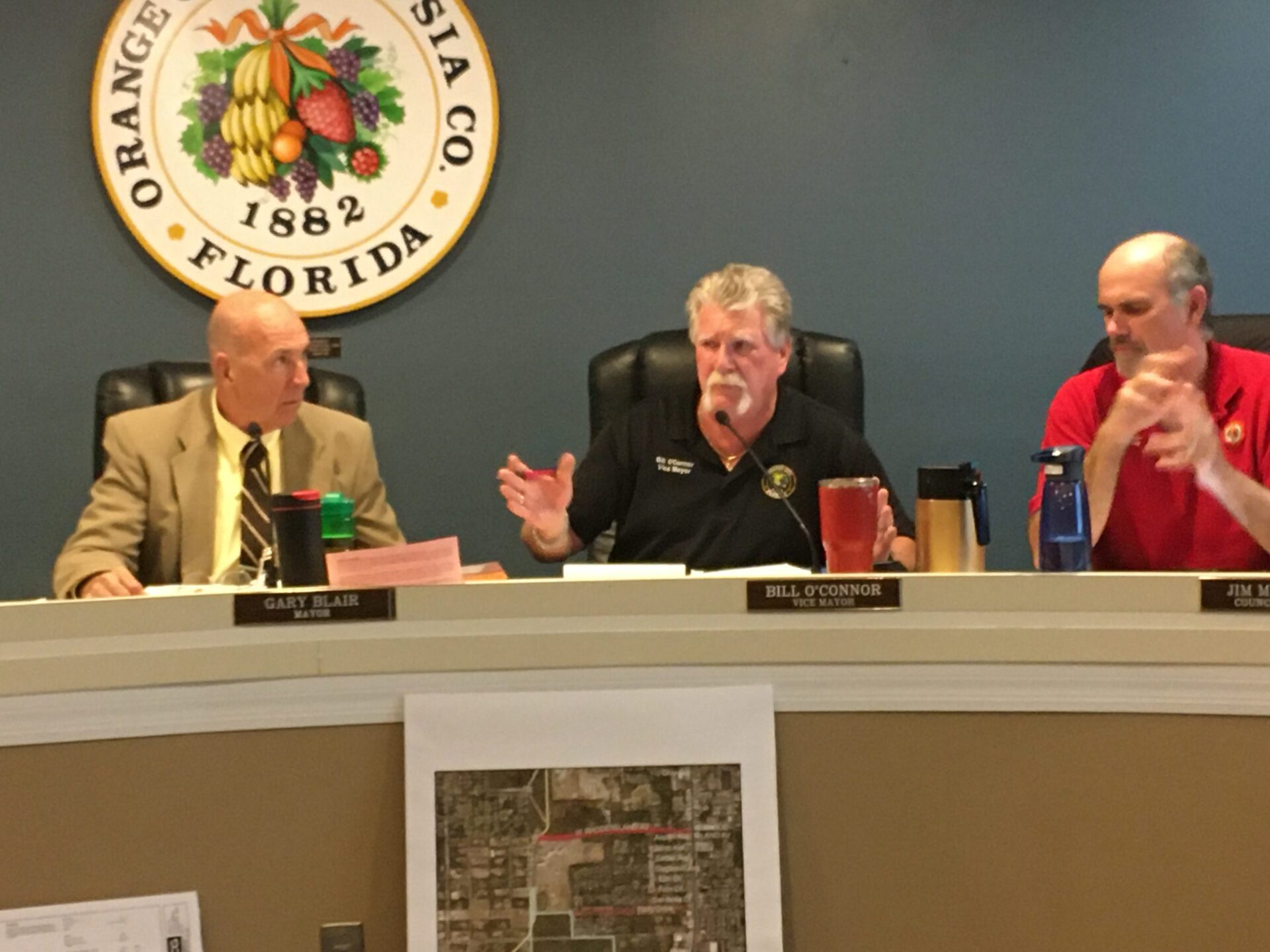 Concerns about stormwater and traffic prompted the Orange City Council to turn down a plan for a new neighborhood on the town’s west side.

“It’s not ready for prime time yet,” Council Member Jeff Allebach said Feb. 25, after hearing the arguments for and against the subdivision, known as Blue Springs Ridge.

The gated-community project has been in the making for some time.

“We have been at this for three years now,” Mark Watts, the attorney representing D.R. Horton, told the council. “This is the third iteration.

Watts said the property could, based on current development regulations, have as many as 263 homes, but his client prefers the lower number, 148.

To access the tract and to head off traffic problems, Watts said West Holly Drive could be extended westward to connect with the future Westside Parkway.

The Westside Parkway, which has been on Volusia County’s road program for several years, is to serve as a north-south alternative to U.S. Highway 17-92 between DeBary and Orange City, as the Martin Luther King Jr. Beltway and Veterans Memorial Parkway do on DeLand and Orange City’s eastern sides.

“Staff does recommend denial,” she told the City Council.

Looking over a traffic study, Vice Mayor Bill O’Connor expressed concern about the increased traffic that would likely result from the additional homes and people in an area of rather narrow neighborhood streets, including West Holly Drive.

“We’re simply trying to develop the property in a way that complies with your development code,” Watts said.

Before the project could go forward, City Attorney William Reischmann said the Volusia County School Board should approve the plan to divert stormwater from Blue Springs Ridge to a pond on the south end of the UHS campus.

Current longtime homeowners in the affected area spoke out against the proposed subdivision.

Bishop spoke for an ad hoc group known as Save West Holly Drive, which he said has “about 50 to 60” people.

“Adding more kids, adding more homes affects everybody,” Stephanie Taylor said. “I’m asking you to preserve the quality of life for those of us who live here.”

“I think we need to go back to square one,” Mayor Gary Blair said, as he called for a motion to deny.

The motion to reject the request for Blue Springs Ridge, at least in its latest form, passed unanimously.

“We lack the infrastructure at this point in time,” Council Member Jim Mahoney said.

After the council’s vote and some two-and-a-half hours of debate and comments, Watts said he and his client would work to refine the proposal and resubmit it at a later time.