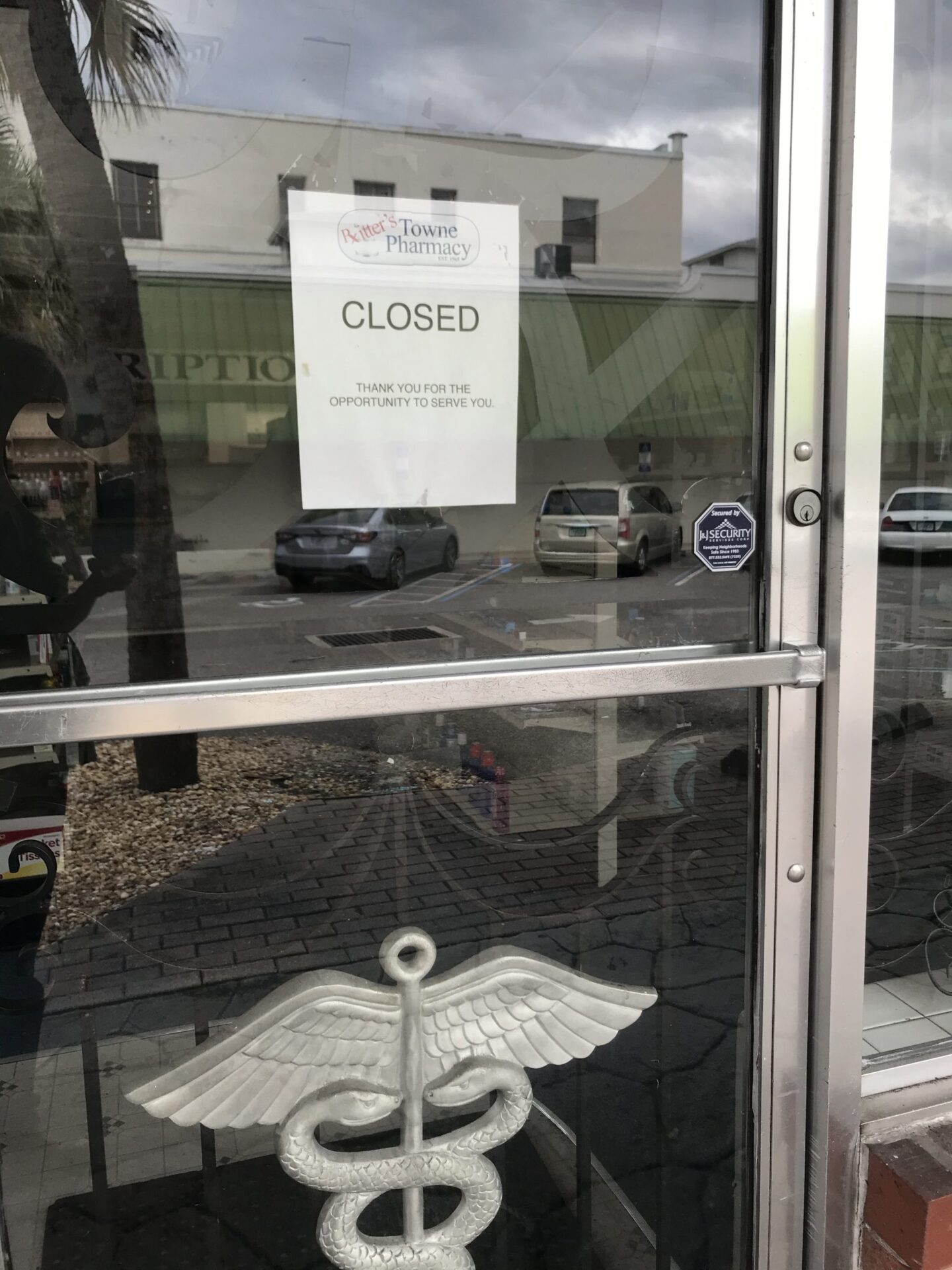 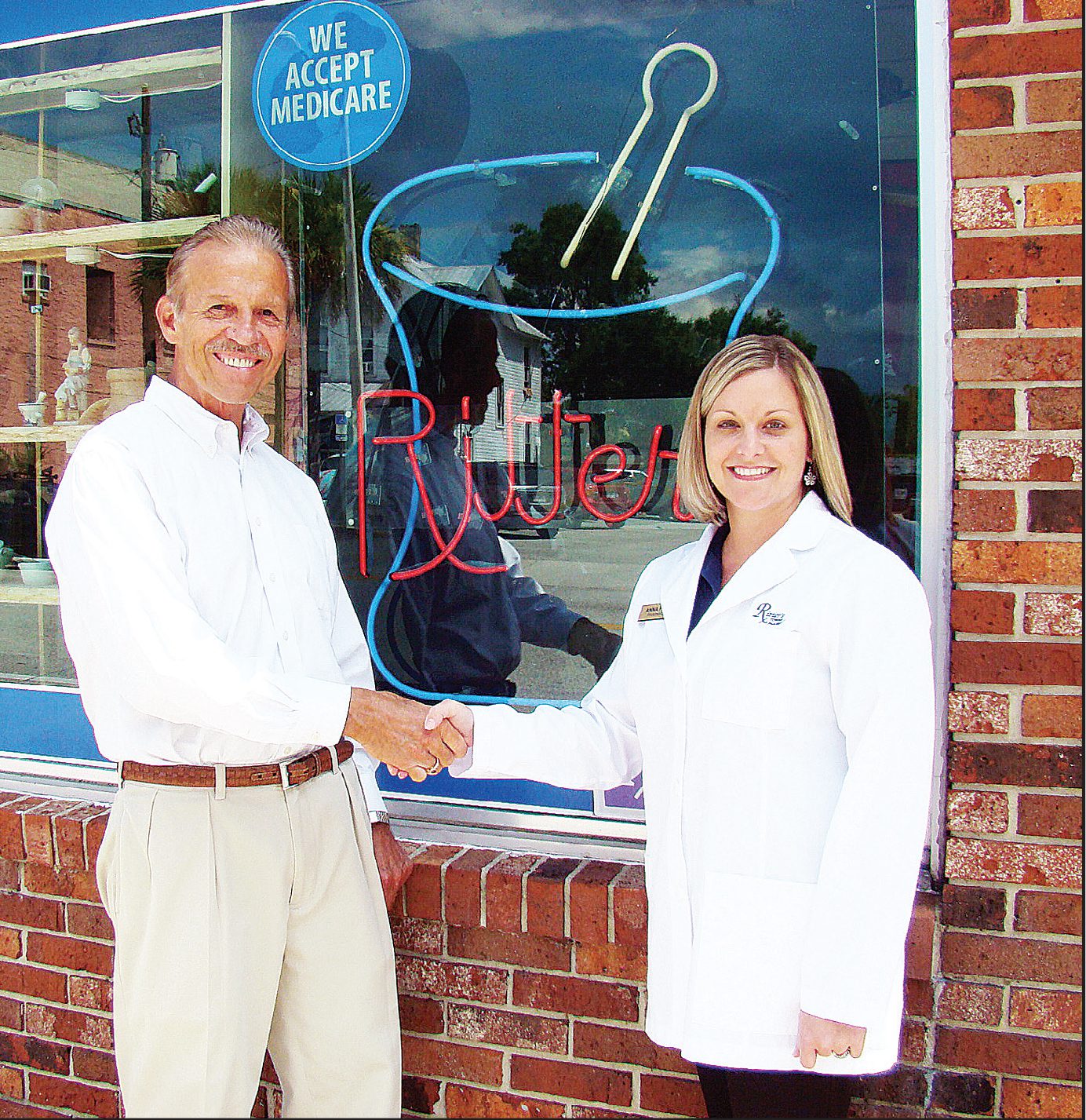 The owner of Ritter’s Towne Pharmacy at 120 E. New York Ave. in Downtown DeLand is blaming a serious decline in the independent pharmacy industry for the sudden closure of her store.

Pharmacist Dr. Anna Peele, who bought the pharmacy in May 2015 from Ken Ritter, spoke by phone with The Beacon about why she closed the business at the end of the day Feb. 14.

“It is an emotional and heartbreaking experience,” she said through tears. “It’s not what we wanted at all.”

The independent pharmacy industry as a whole has been in a decline for several years, but especially in the past 12 months, she said.

A big problem for small pharmacies is below-cost reimbursements from insurers, Peele said. When she should have been reimbursed a typical cost of $11, for instance, she was getting just 54 cents, she said.

“It was costing me money to fill prescriptions,” Peele said. “The pharmacy was worth much more five years ago, but I didn’t want it to end this way.”

Peele said another big problem has been the rising influence of pharmacy benefit managers.

According to financial-advice website The Motley Fool, pharmacy benefit managers, or PBMs, are third-party administrators of prescription-drug programs for private insurers and Medicare Part D plans. Using preferred medication formularies and exclusion lists, PBMs “dictate which drugs consumers can receive from their plan without incurring additional out-of-pocket costs,” according to the website.

Peele said she even tried to sell the business, but couldn’t get offers high enough to cover her expenses or to just break even. Buyers make offers based on the volume of prescriptions filled, she said, and Ritter’s wasn’t generating enough prescription volume.

So with costs rising, Peele felt her only option was to file for Chapter 7 bankruptcy. Ritter’s Towne Pharmacy LLC, the company formed to operate the business, did so Feb. 19.

“I feel horrible about it, but I had no choice,” Peele said, with much emotion in her voice. “I love DeLand, and I love my patients, but I could not continue. I tried so hard, I gave it everything I possibly could, and I wish I could have had a different outcome.”

According to federal courts, Chapter 7 bankruptcy involves a court-appointed trustee gathering and selling the debtor’s assets, then using those proceeds to pay creditors in accordance with the Bankruptcy Code. It does not involve filing a plan of repayment, as is done in Chapter 13 bankruptcies.

The sudden and unannounced shuttering of the business came as a shock to its customers, and to Ken Ritter, who owned the namesake pharmacy for 39 years before selling it to Peele.

“It was a big shock to me and everyone else, including employees,” Ritter told The Beacon, adding that many customers have been calling him to ask if he knew what was going on.

He told them what he told The Beacon — he had no idea but had heard a number of rumors, which he declined to share.

But he was concerned about the patients who were using the pharmacy.

“I love my customers almost to a fault for almost 40 years,” he said.

Ritter said he still has an active pharmacist’s license, but he wasn’t interested in getting back into the business because he and his wife are enjoying retirement too much to give it up.

He did say that while he sold the business to Peele, he was still the owner of the strip center anchored by the pharmacy. Ritter said the rent on the space had been paid through February.

As for now, the issue is in the hands of the U.S. bankruptcy court in the Middle District of Florida. Peele said the court has custody of her merchandise and clients files, and while they are supposed to be transferred to another entity, she doesn’t know when that will happen.

In the meantime, customers will have to go back to their physicians to have prescriptions reissued and filled at another pharmacy, she said.