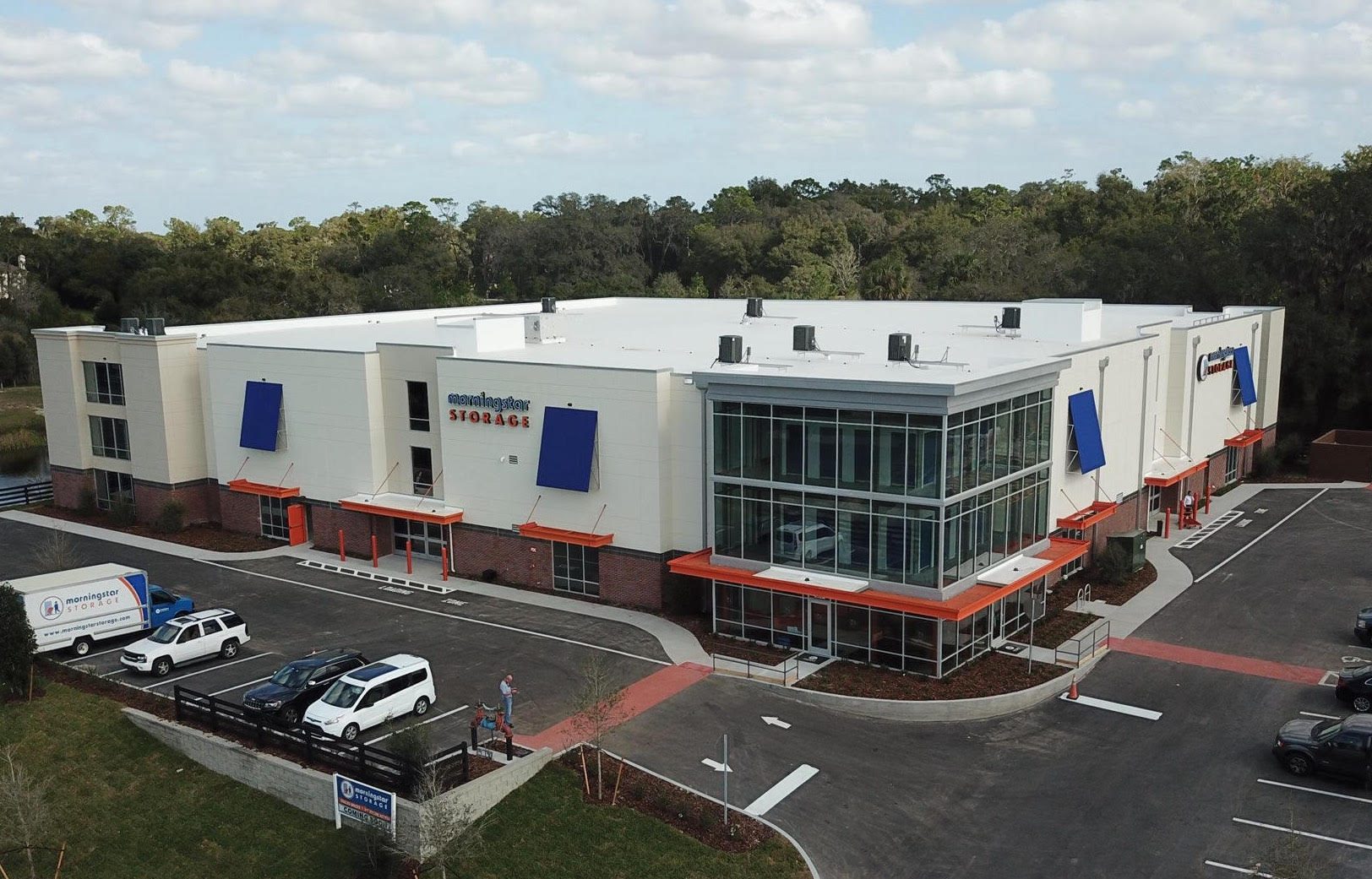 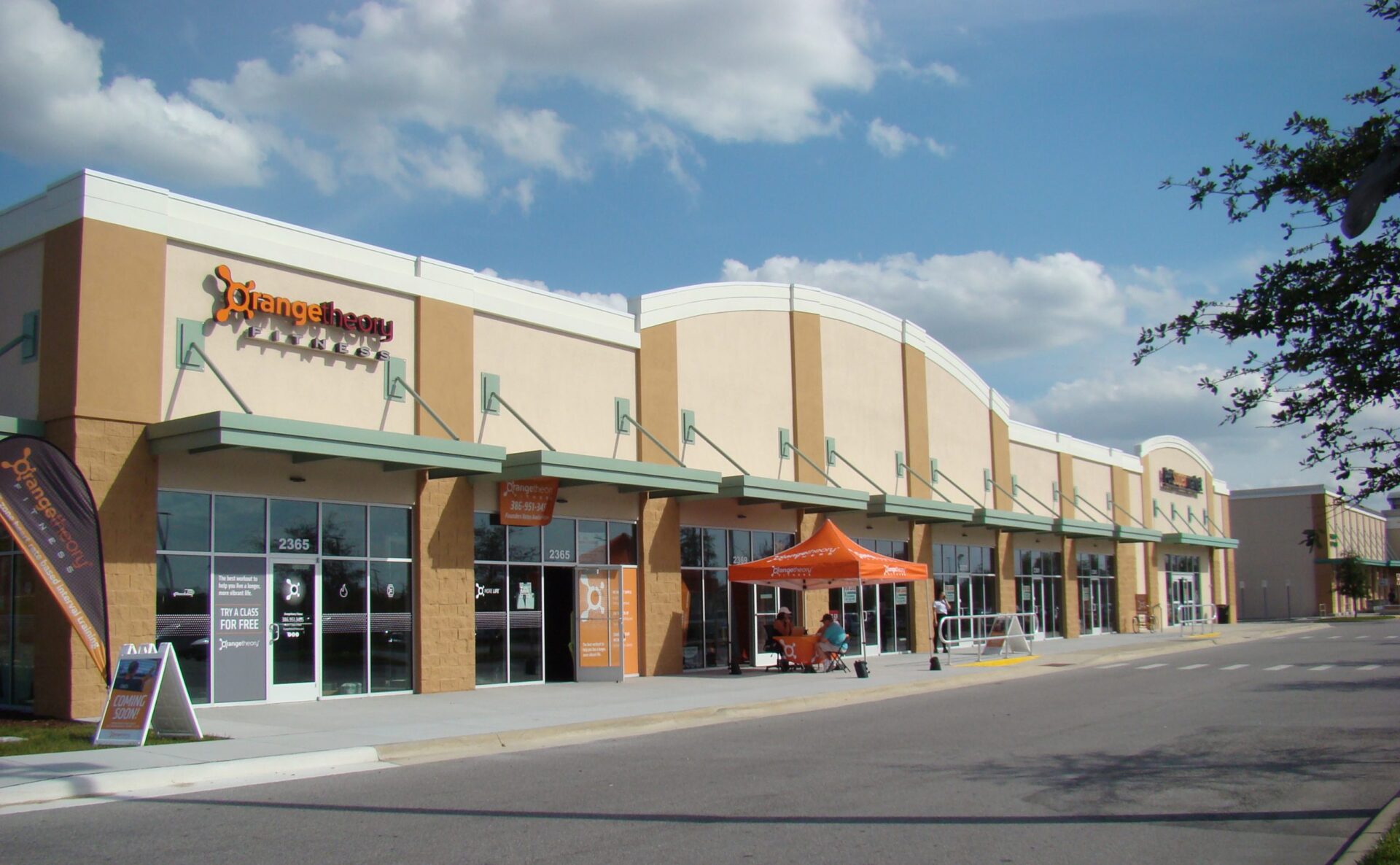 Only one parcel and one storefront are not yet spoken for, said Jim Gendreau, the company’s president.

“We wish we had more space there,” Gendreau said recently. “This center is the best deal I’ve ever been involved with, and I’ve been in this business 25 years.”

The large shopping center is anchored by a nearly 54,000-square-foot Publix grocery store, which opened as the first tenant in November 2015.

Since then, a number of businesses have taken up residence, including Starbucks, AT&T, Chick-fil-A, a Jon’Ric International salon, an Anthony’s Pizza, a nail bountique, and Hand and Stone spa. More recent additions include a Centra Care walk-in clinic, Chipotle, Verizon, Mattress One, Great Clips, China King and a Pet Supermarket.

Heartland Dental is under construction on an outparcel facing Woodland Boulevard, Gendreau said.

Morningstar Storage opened a three-story, climate-controlled facility on the north side of the center in mid-January. The facility features 24/7 access, Bluetooth-enabled keyless unit entry, month-to-month rentals with a 12-month rate guarantee, and an introductory offer of two months’ free rent. The on-site manager is Nathan Anthony.

“It is exceeding our expectations,” he said. “We have nearly 73,000 square feet of rentable area that comprise more than 700 individual units ranging in size from 25 square feet (5’x5’) to 350 square feet (10’x35’). We also accommodate those in need of larger bulk spaces by combining units.”

Morningstar gets involved in the communities in which it has facilities, Pelski said. The DeLand facility, for instance, couldn’t get in the DeLand Christmas Parade, so its mascot — Stickman — walked alongside the parade route to interact with people. Morningstar also is a marketing sponsor this year for Stetson University’s baseball team, Pelski said.

Through the Morningstar Cares initiative, every storage facility donates 5 percent of all units to 501(c)(3) nonprofits. To learn more, visit morningstarstorage.com.

A 92-room Holiday Inn Express is scheduled to open in June next door to Morningstar. (See accompanying story.)

A 2.1-acre space in front of the hotel has been cleared and is ready for construction. Gendreau said about half of the property is under contract with a company he cannot identify yet, and the other half is close to being under contract.

Later this month, Orangetheory Fitness — the name comes from the zone on heart-rate monitors that indicates the user is operating at 80 to 91 percent of his or her capacity — is planning to open in a six-storefront strip on the east side of the center, on the opposite end from the aforementioned Pet Supermarket.

The center is a franchised outlet of a company with 1,700 locations in 49 states and nearly two dozen other countries, according to www.orangetheoryfitness.com. Call 386-951-3455 for more information.

There are four currently vacant spaces between Orangetheory Fitness and Pet Supermarket, but one of them is being taken by Jeremiah’s Italian Ice. Two others are almost under contract to tenants Gendreau cannot name publicly yet, leaving just one roughly 2,000-square-foot space available. There’s also a vacant outparcel next door to Heartland Dental that is available.

And then there are none.