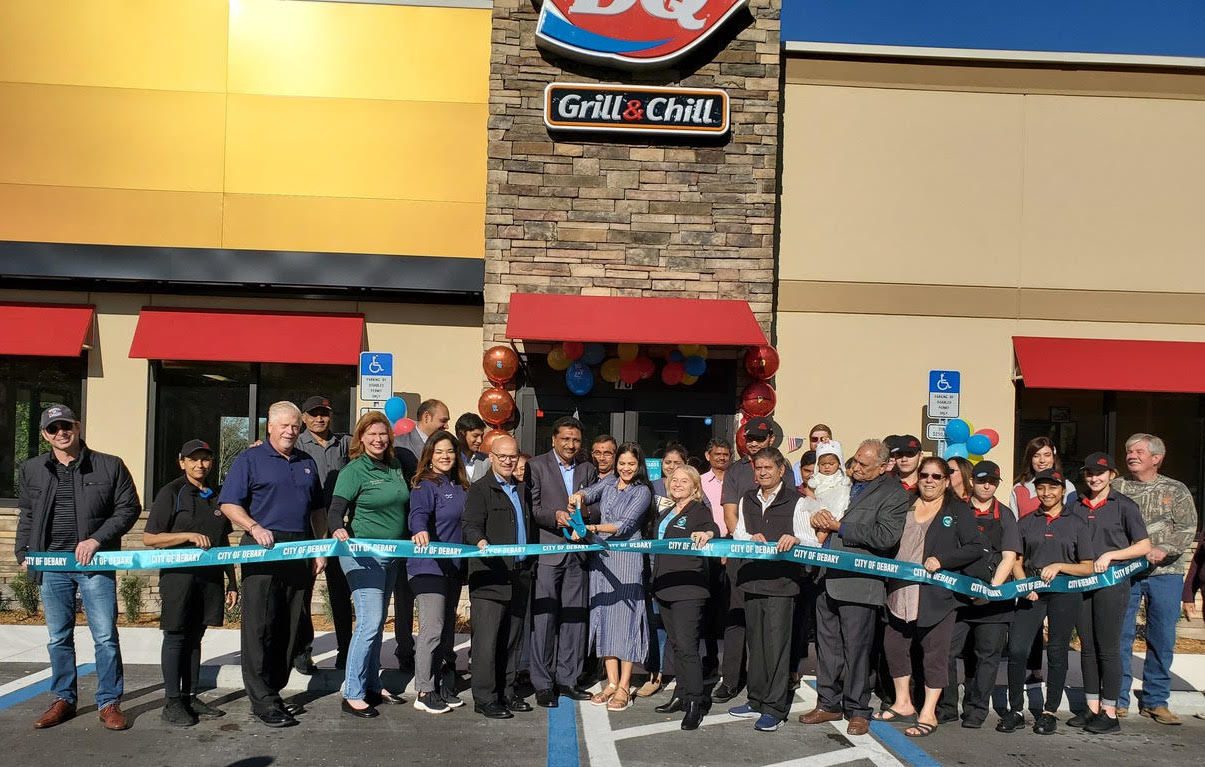 The franchisee who brought Dairy Queen back to DeLand after nearly two decades now has brought DQ to DeBary.

The DeBary restaurant, at 70 N. Charles R. Beall Blvd., is the fourth DQ operated by Pragnesh Patel, owner of Pramukhyagna Inc. of Apopka. The other two are in Apopka and Orlando, Patel told The Beacon.

The new DQ opened Jan. 1, with a grand opening and ribbon-cutting Feb. 29 with state Rep. David Santiago, Mayor Karen Chasez and other city officials in attendance.

The newest Dairy Queen is virtually identical to the one in DeLand, which opened in February 2016. It will have the same layout and drive-thru configuration, Patel said.

As in DeLand, the restaurant will feature Dairy Queen’s upscale “DQ Grill & Chill” format, which adds grilled sandwiches (such as quarter- and half-pound hamburgers and grilled chicken) and chicken or shrimp baskets to the array of traditional Dairy Queen soft-serve treats, according to the company’s corporate website.

American Dairy Queen Corp., headquartered in Minneapolis, develops, licenses and services more than 6,400 stores in the United States, Canada and 25 other countries, the website states.

The DeLand restaurant’s opening in early 2016 at 511 East ISB marked the return of Dairy Queen to DeLand after a nearly two-decade absence. A Dairy Queen on South Woodland Boulevard closed sometime in the mid- to late-1990s.