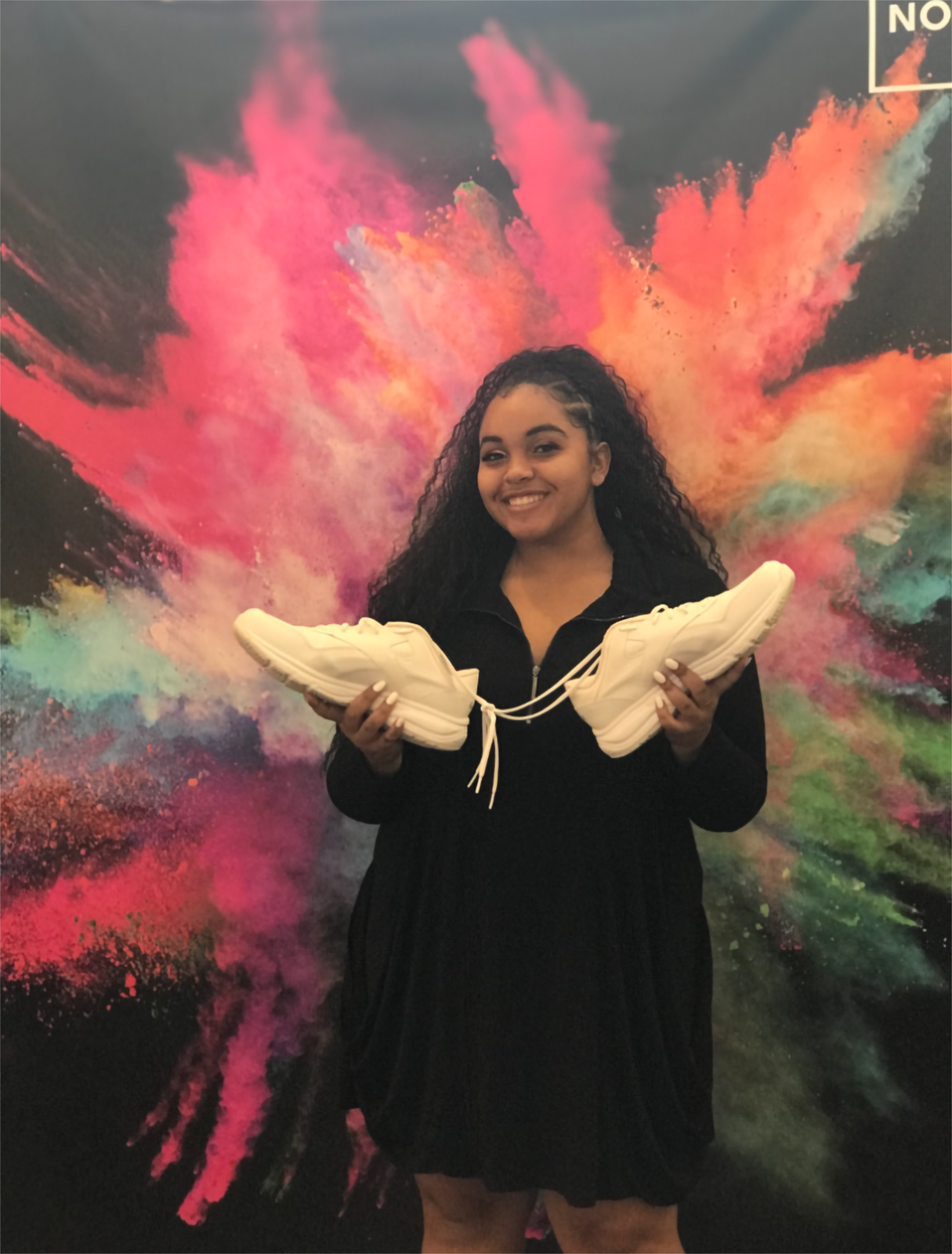 A Deltona student continues to expand the nonprofit she founded at age 10 by collecting new and gently used shoes to donate around the world.

Olivia Russo-Hood, 18, is a senior at University High School in Orange City and the founder of Save the Earth Projects, or STEP, and Leave a GOOD Footprint.

Her inspiration for STEP came after her family’s home in Austell, Georgia, was destroyed by a flood in September 2009. Soon after, Russo-Hood started the project to encourage other kids to get involved in the community.

“It was the number of volunteers who came and helped my family that made me want to go out and do something for the global community. I wanted to create something bigger than myself,” Russo-Hood said. “I ended up writing ‘STEP’ on a piece of paper, because we were learning about acronyms in fifth grade at the time.”

The first project Russo-Hood created under STEP is Leave a GOOD Footprint, which collects shoes and sends them around the world to those in need. She makes this possible with the help of her partners, Soles4Souls and Zappos.

Zappos provides free shipping for anyone in the U.S. donating shoes for the project, while Soles4Souls distributes the shoes to different parts of the world.

Russo-Hood has since collected 50,000 pairs of shoes for those in need.

Not only does Leave a GOOD Footprint benefit those in need by donating shoes, but it also gives the shoes a second owner, and keeps them out of landfills, further protecting the environment.

“If people have shoes they would like to donate, they can drop them off at the Four Townes YMCA in Deltona [at 280 Wolf Pack Run], or they can email info@savetheearthproject.com to receive a free shipping label,” Russo-Hood said.

“Earth Day is April 22, and we would love to make a big impact by letting others walk in your shoes,” Denise Russo, Olivia’s mother, added.

In addition to Leave a GOOD Footprint, Olivia partnered with her brother to start another project called STEP Up to the Plate, which aims to teach kids how to eat healthfully by planting home and community gardens.

“Right now, we are helping AdventHealth Fish Memorial hospital in Orange City create their own community garden,” Russo-Hood said. “The main goal is to reduce childhood obesity and look at problems in local areas where there is a lot of food insecurity, and not a lot of healthy options.”

She explained that STEP Up to the Plate not only teaches children about healthy food, but also provides a resource for them to access it.

“AdventHealth asked for our assistance because of the positive impact that a community garden has,” Russo-Hood said. “Gardening can be a therapeutic tool for patients. Another benefit is that a lot of the food will be going back into the hospital’s cafeteria for healthier food options.”

In addition, she has won several awards for her achievements in the community and her projects.

Last spring, Russo-Hood was awarded the John Maxwell Team Nurturing Transformation Award in front of an audience of 3,000 in Orlando.

In 2013, she was the first child to receive the Johana Knox Award from AdventHealth Fish Memorial.

The award was created to honor community-service excellence of adults, but after Russo-Hood won the award, an entire award category was created for children who serve the community.

The most recent award she has received is the Power of Children Award last November from The Children’s Museum of Indianapolis, Indiana.

“Me and five other girls were honored by being put in a museum on a permanent display with other inspirational leaders,” Russo-Hood said. “On my display, you can hear my story.”

“It’s not about the awards for me,” she added. “My main goal is to spread my story and tell people the positive effects of getting involved in the community.”

Despite her success, Russo-Hood has faced obstacles in establishing and expanding STEP and Leave a GOOD Footprint.

“In the beginning, because I was a lot younger, people did not believe me as much as they do now,” she said. “My passion for the community has been the overall driving force keeping me going, and I am constantly trying to find ways how I can make an impact worldwide.”