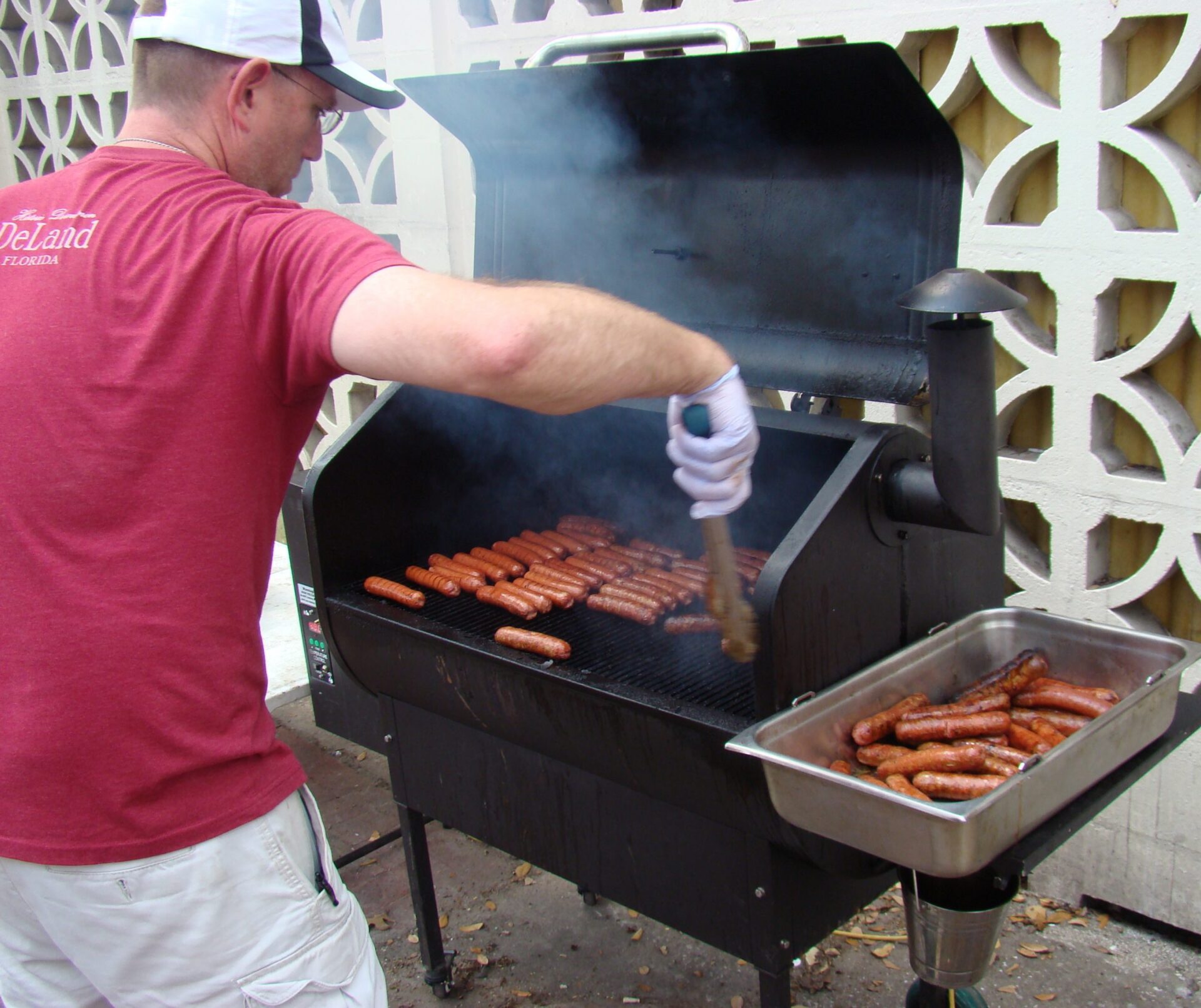 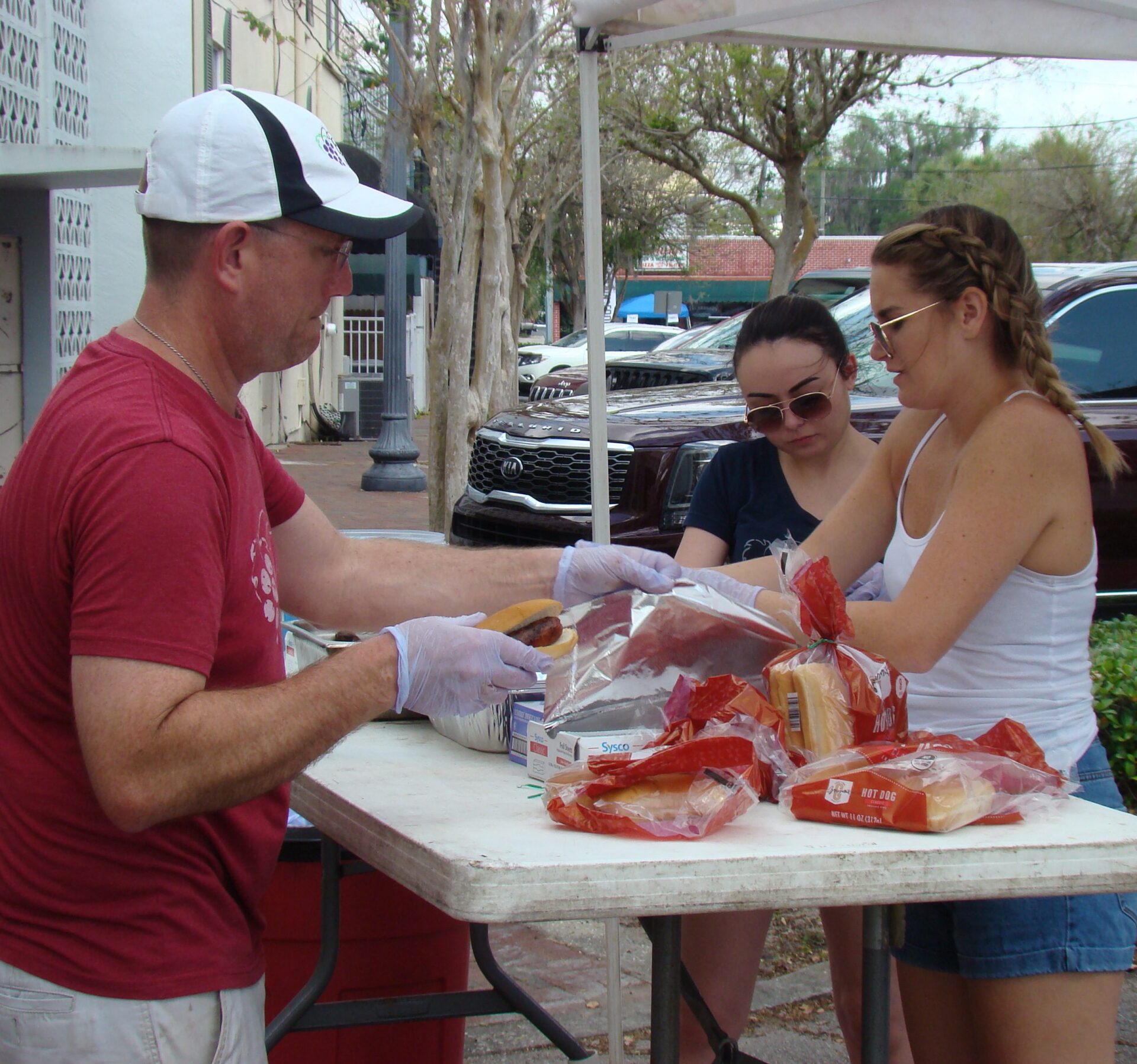 Bill Budzinski, the owner of The Elusive Grape wine bar and retailer in Downtown DeLand, made more free food donations to a pair of local organizations.

He also had a moneymaking effort that day, March 27 — selling specialty dinners to customers who picked up their meals late in the afternoon.

Budzinski was assisted in his efforts by some of his employees, who have been kept on the payroll, freshening up the interior of the wine bar and restaurant with new paint and other improvements. The employees included Chef Terry Gaab, General Manager Sarah Regan, bartenders Devaney Presti and Erin Ramsey, and cook Ean Kilgore.

“We just needed to take a break from that work for the day, so this is what we are doing,” he told a visitor.

First up were about 240 grilled hot dogs for the Spring Hill Community Resource Center. Each hot dog was placed into a bun and individually wrapped in aluminum foil by Budzinski, Regan and Presti.

Wanda Raulerson, an administrative assistant at the center, picked up the hot dogs, along with boxes of potato chips, sanitary gloves and other accoutrements. Raulerson said the food would be handed out to kids who frequent the center and any senior citizens who might be in need.

Once the food was loaded into Raulerson’s vehicle, Budzinski and crew turned their attention to preparing chicken dinners for The Neighborhood Center.

Earlier in the month, Budzinski had gotten a deal on 1,000 pounds of chicken leg-quarters from a supplier, and he donated 800 pounds — uncooked — to The Neighborhood Center March 21. He kept 200 pounds to be meted out to any unemployed or otherwise-hurting bartenders, but he still had 80 pounds of poultry left on Friday. So he decided to use the last of it in dinners for the center.

While the hot dogs were being grilled and put in buns, other employees were in the kitchen working on side dishes for the dinners — snapping peas or preparing potatoes.

Those dinners were given to The Neighborhood Center Friday afternoon.

But there was more to do. Budzinski was also preparing specialty dinners for customer pickup between 5 and 6:30 p.m. that same day.

And when those were handed out, the crew was done, finally, for the day.

Budzinski said he plans to sell one last specialty dinner again this Thursday, as well as another 200 or more lunches as another donation for the Spring Hill Community Resource Center this Friday.

“We at the Grape are dedicating every Friday as Give Back to the Community Day, and we are looking for people to cook for,” he said in a newsletter to customers earlier this week. “I hope to come in at least once a week to do a meal, if we are able to.”