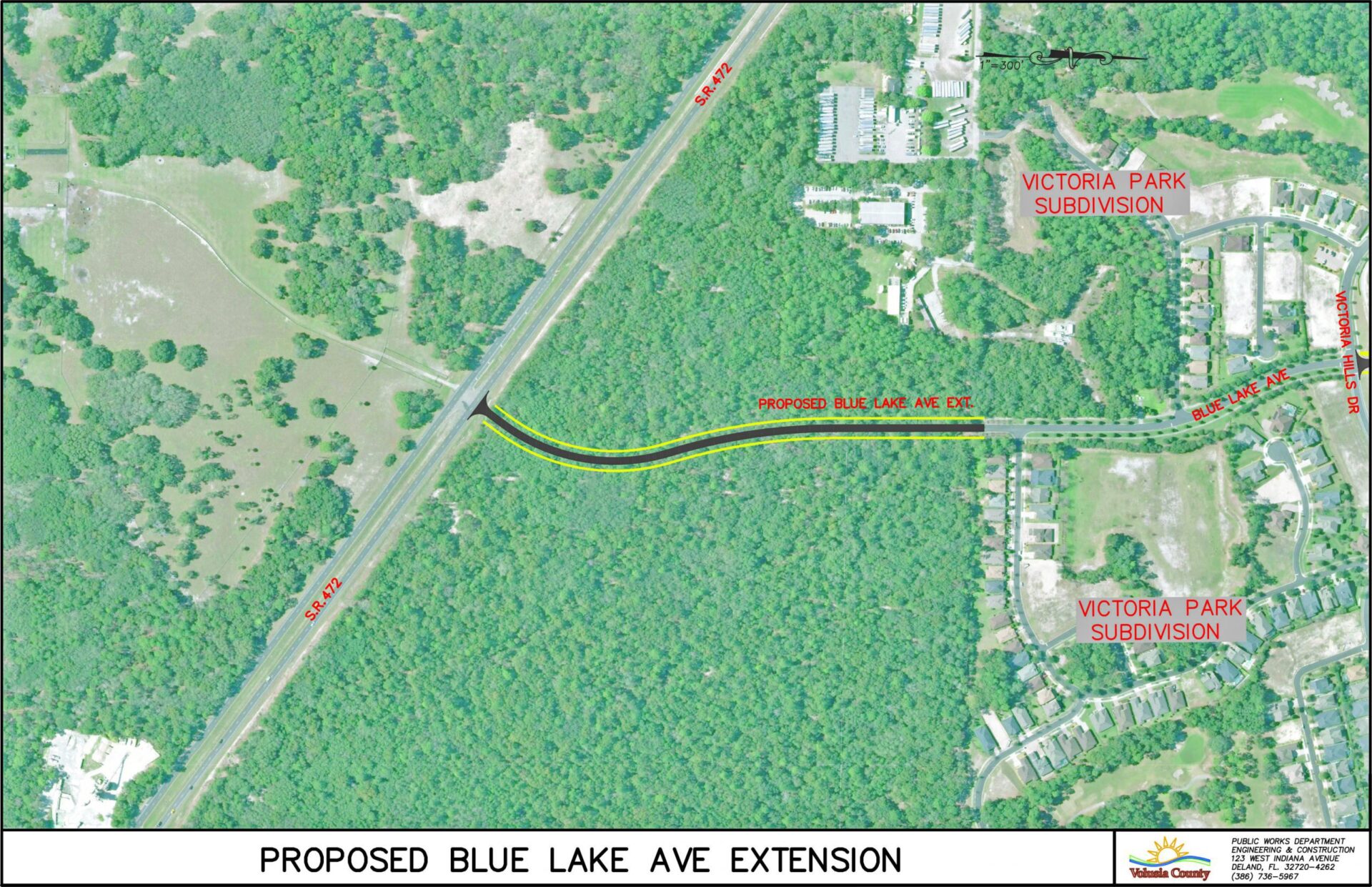 The new segment of Blue Lake Avenue will eventually become part of an extended roadway that will link Orange Camp Road with S.R. 472, but that connection is not in the immediate future.

The “paper” portion of the Blue Lake Avenue extension in Victoria Hills is already in the process of becoming reality.

The consulting firm is Alfred Benesch & Co., which has offices in Daytona Beach and Jacksonville.

The project consists of additional engineering, acquiring right of way and building a two-lane road of approximately 1,800 feet in length. The project will cost about $4.7 million, Kasbeer estimated.

The County Council has also given its blessing to the project.

“We’ll have to acquire right of way. This is what we’re doing right now,” he added. “Even though we’ve got the layout, we’ve got to work out the [stormwater] pond locations.”

Once the final design is completed, and negotiations have taken place with the owners of the land for the purchase of the right of way, the county can solicit bids for the roadway construction.

Kasbeer estimated the actual construction on the new piece of Blue Lake Avenue will take about eight to 10 months.

Thus, the new segment of Blue Lake Avenue may be ready as soon as next year, 2021.

Mast-arm signals will be installed, perhaps during the summer, if Volusia County can obtain the hardware.

Kasbeer said contractors are having difficulty getting mast arms because many counties and cities in the Florida Panhandle are still replacing the mast-arm signals that were destroyed or damaged by Hurricane Michael, a Category 5 storm that made landfall at Mexico Beach, near Tyndall Air Force Base, in October 2018