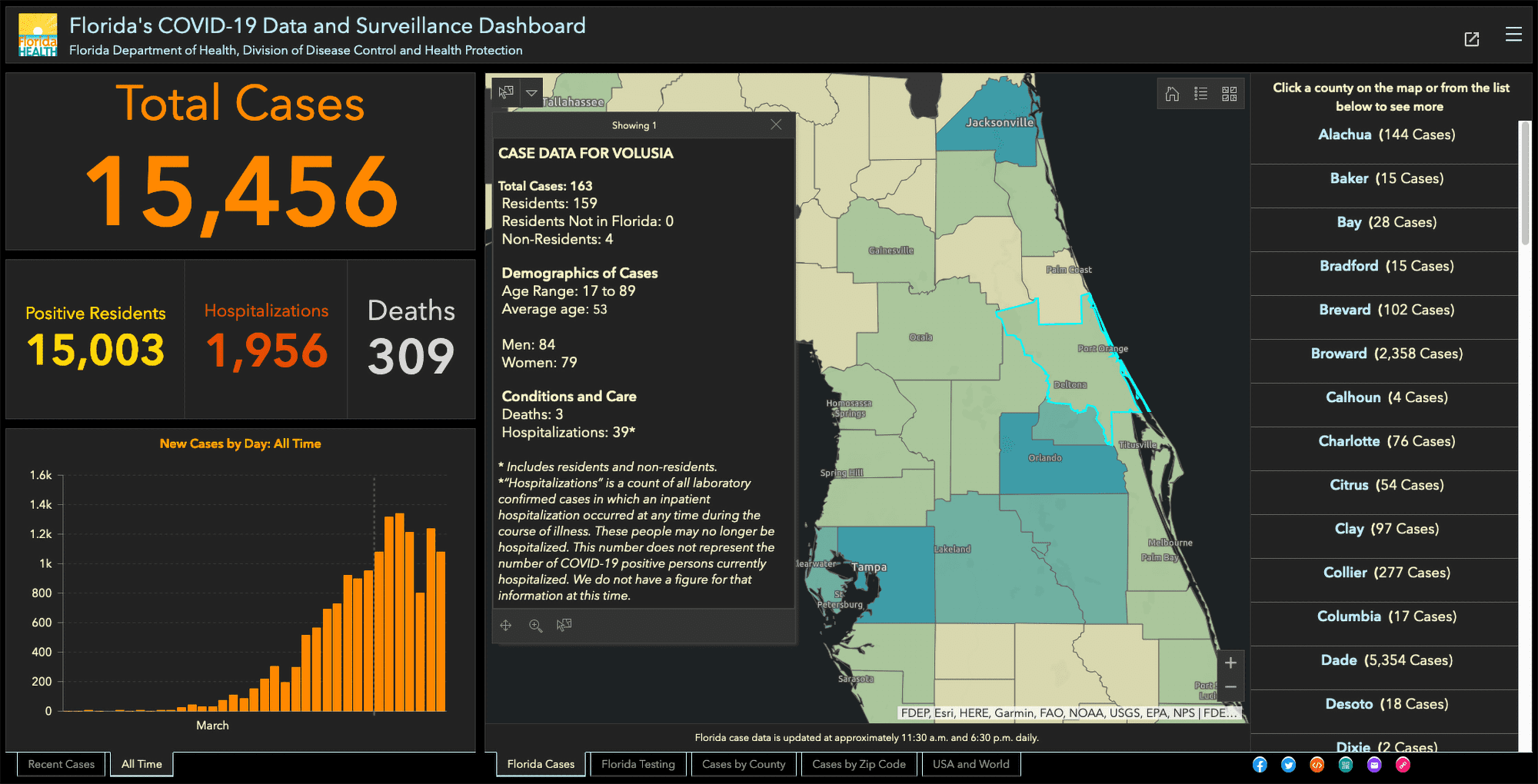 The coronavirus epidemic in Florida may crest sooner, rather than later, according to a Volusia County public-safety official.

Public-health models of the spread of the disease previously indicated it may hit its high mark in Florida in the early days of May, but Volusia County Public Protection Director Joe Pozzo said the latest prediction from state authorities calls for coronavirus to peak during the third week of April — a matter of days away.

The “peak” refers to the largest number of new daily cases of the illness, before the daily numbers level off and decline.

About four weeks after federal, state and local governments began taking steps to counter the rapidly spreading coronavirus pandemic, the spread of restrictions on activities we previously took for granted continues.

“This is an unprecedented national emergency that is affecting everybody at different levels,” Pozzo said.

As the numbers of new cases of the disease and deaths from the virus continue to rise, the hope remains that they will level off and begin to diminish. People across West Volusia and the state are awaiting relief from the disruption of their lives and a return to “the way we were” before the public-health bomb exploded.

Many people desire to return to work; engage in simple pleasures such as dining in a restaurant or shopping; or go on a spring weekend — or even to attend a worship service and connect with fellow believers in person, and not via a computer screen.

People want their lives — their pre-pandemic lives — back, but meanwhile, they must wait until the powers that be loosen the controls on the economy and their day-to-day activities.

Officials worry that a growing sense of cabin fever might be more persuasive than the high-level demand to stay at home.

Perhaps wanting to offer people some outdoor exercise opportunity, after previously closing the beach to any and all, county officials relented and are now allowing people to walk, run, wade and swim, as long as they keep a minimum 6-foot separation between themselves and others. Sunbathing and sports are still banned, however.

Steps from the beach, and usually thought of as Volusia County’s premier meeting, exhibition and convention venue, the Ocean Center in Daytona Beach has a new role in the current emergency.

“We had to set up a logistical center,” Pozzo said.

The Ocean Center has become a depot for receiving, sorting and distributing personal-protection supplies for first responders, hospitals, nursing homes and assisted-living facilities.

The needed items coming to and going out of the Ocean Center include face masks, face shields, gowns, gloves and shoe covers, Pozzo noted.

Ultimately, until the spread of the coronavirus is abated, as measured by the numbers of people contracting the disease and those who succumb to it, the regimen of frequent hand-washing, social distancing, avoiding unnecessary errands, and cloistering one’s self at home remains in effect.