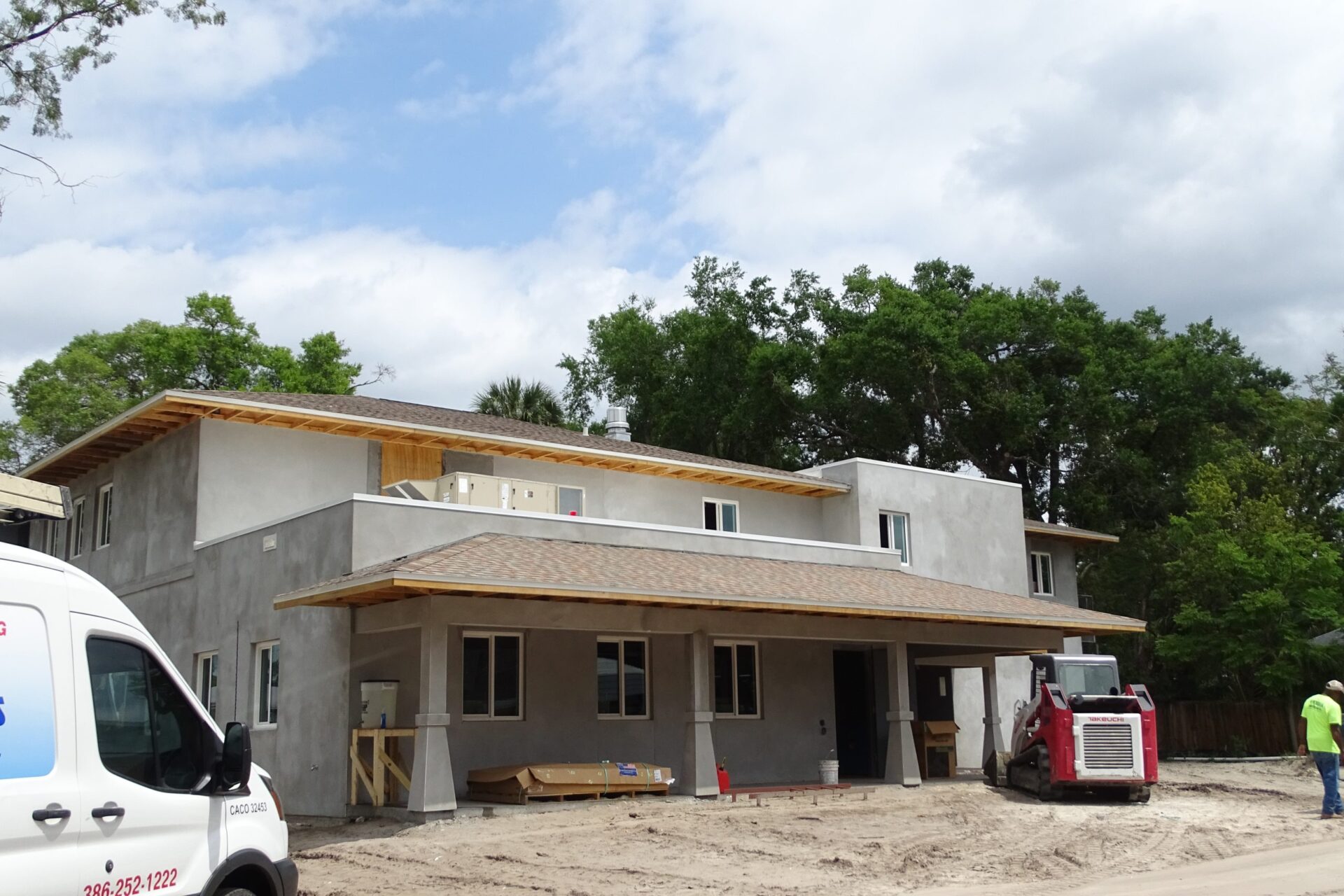 The previously planned May opening date for West Volusia’s new homeless shelter and day center may be among the casualties of the ongoing COVID-19 pandemic.

The Bridge, a $2.1 million facility that is under construction at 421 S. Palmetto Ave. in DeLand, was set to have a ribbon-cutting ceremony May 16, but City Manager Michael Pleus said the occasion will likely be pushed back due to the outbreak of the novel coronavirus.

The price tag on the facility also went up by a six-figure amount in order to account for things like an access-control system, additional outlets for electric and telephone service, a kitchen hood and fire-protection system, a gas line to serve kitchen equipment, and other miscellaneous things discovered through the course of the construction process.

“With any construction documents, there’s always those things you didn’t anticipate in the drawings, and if they aren’t on the drawings, the contractor isn’t required to provide them,” Pleus said.

The additional $100,942.21 in cost is covered by contingency funds that were already set aside for the project, keeping the overall price tag at $2.1 million.

The City Commission unanimously approved the change order to the contract with Marcon Construction LLC at a “virtual” meeting Monday.

The meeting was held via videoconferencing service Zoom, as a nod to recommended social-distancing practices, with most commissioners attending from the comfort of their own homes. Residents could also watch the meeting on YouTube.

The city’s April 20 meeting is also slated to be held via the platform.

Currently, crews are finishing up installing an elevator in the facility — the last “big thing” in the process, Pleus explained.

“The building’s already sealed up,” he said. “They’ve got power on there.”

Reflecting on current goings-on, one of the benefits of The Bridge, Pleus said, would be that the facility would have space to quarantine and isolate individuals infected with a disease, if needed.

The Neighborhood Center of West Volusia will ultimately operate The Bridge, under contract with the city. Volunteers will make up much of the staff there, performing tasks including transporting clients, cooking and serving food, being mentors or support coaches, leading discussion groups and more.

It’s not currently known when the opening of The Bridge will ultimately happen, but Pleus said he is in discussions with Neighborhood Center staff about the facility.

Other bits of news that came out of Monday’s virtual meeting include:

— The city will develop some kind of rent-forbearance program for its tenants on DeLand Municipal Airport and in city-owned facilities in Downtown DeLand, like City Hall and the Fish Building.

Some Downtown landlords have been working out similar arrangements with their tenants, with one going so far as to only charge $1 rent for April and May.

— Officials with DeLand’s utilities department have stopped shutting off water service for nonpayment through April 30.

Pleus said the initiative would likely be extended to May 30, and that the city will work with needy ratepayers on payment plans for balances that they might rack up during the coronavirus crisis.

“We’re saying to people, just pay what you can, and when we get to the end of it, we’ll call everybody and say we’re getting back to the normal operations, and offer them a three-, six- or nine-month payment plan,” Pleus said.

Mayor Bob Apgar raised the prospect of a temporary 20-percent rate cut for DeLand utility customers, but the idea didn’t gain much traction with his fellow commissioners. In particular, Commissioners Jessica Davis and Kevin Reid said the gesture wouldn’t be enough to help those in need.

Pleus said staff will continue to work with customers on a case-by-case basis, offering payment plans and other arrangements.