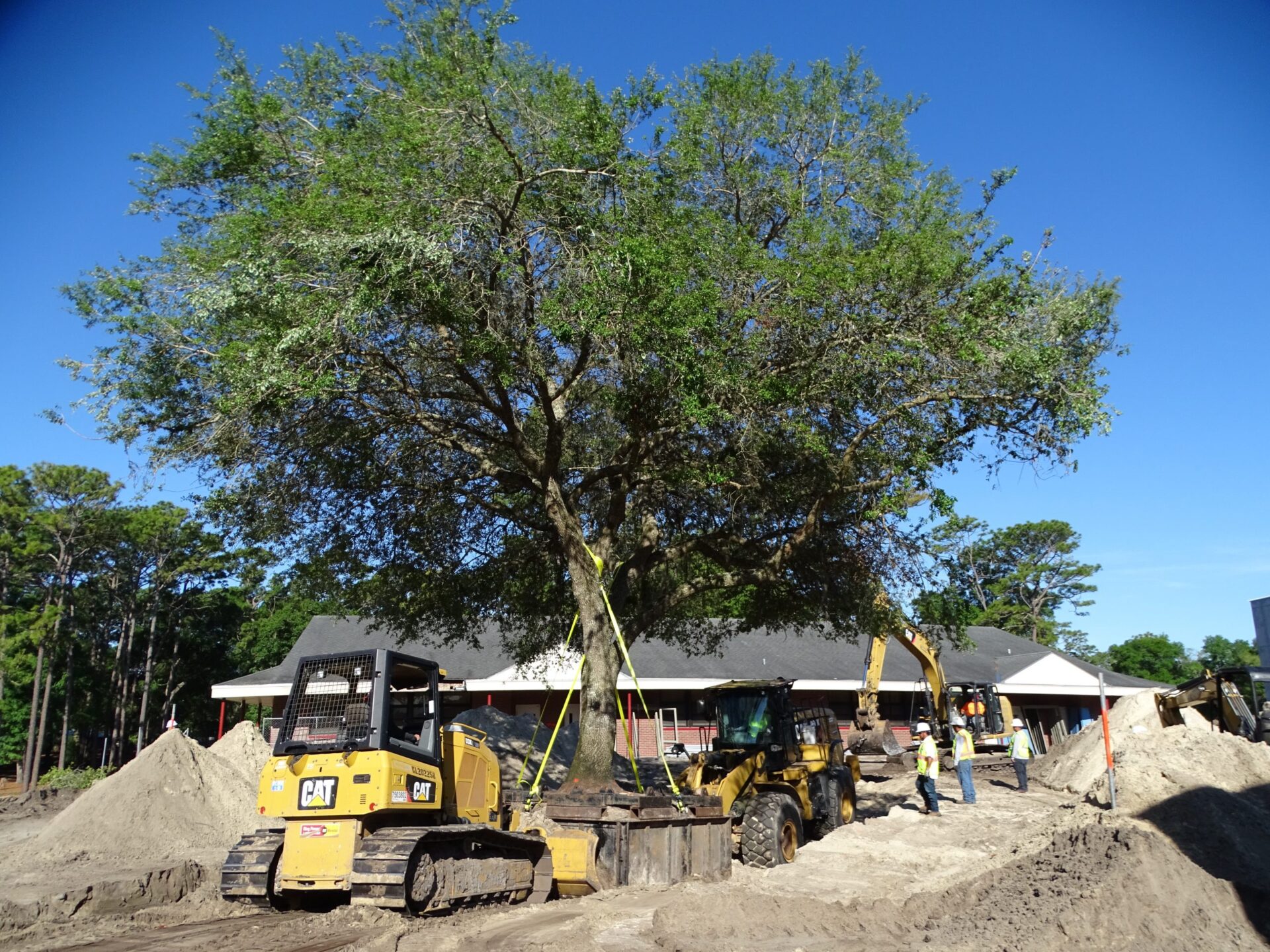 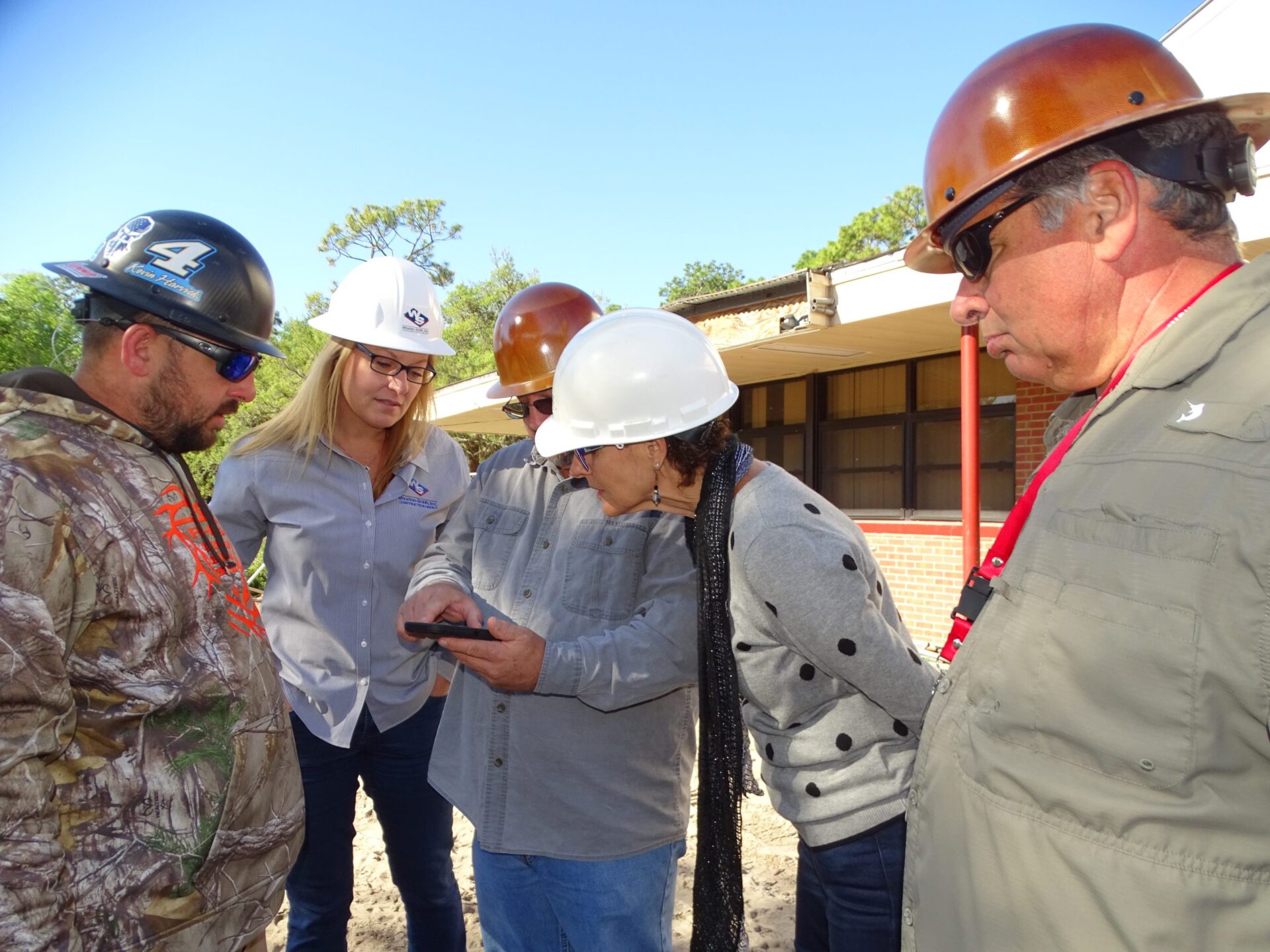 When construction began at George Marks Elementary School in DeLand last year, locals were clear that they didn’t want to lose what made the site special: rolling topography, and an expansive tree canopy.

With that in mind, Wharton-Smith, the construction firm hired by the school district, contracted tree relocation services from the Barberville company Urban Forestry Works to move four trees during active construction of the new facilities.

But, how do you move a tree?

It helps that Vann Underhill, owner of Urban Forestry Works, has a patented process, helped along by his crew, which includes all four of his children.

First, the dirt around the tree is removed, and the roots are pruned. In the case of the live oak moved April 2, the process of pruning the roots began nine months ago.

“We root-pruned one side, and then waited before root-pruning another,” Urban Forestry Works Director of Sales and Business Development (and Vann’s daughter) Brittany Underhill said. “The process prevents the tree from going into shock.”

After nine months of preparation, the day of the big move arrived, and it was time to utilize Underhill’s patented “Method and System for Transplanting Large Trees.” It uses a large metal box, with one side open and its bottom lined with a cutting plate, pushed forward from one side of the tree and pulled from the other side by cables.

The cutting plate severs the roots under the tree, but leaves the carefully treated root ball snug in the box. The open side is closed, and voilà: a large tree in a movable box.

The traditional method for tree-moving utilizes a wooden box, the Underhills said, which can break with too much manipulation.

The metal box contraption allowed the live oak to not only be transported about 300 yards west, near what will be the new entrance to the school, but to be spun around, so that it faced a direction that satisfied the group from Volusia County Schools, Wharton-Smith, and Urban Forestry Works.

The live oak was one of three trees, along with a holly and a magnolia, that were shuffled around by the company to accommodate the new school plan.

The new George Marks Elementary School should be complete in time to welcome pupils in August.

The Underhills don’t usually have the luxury of working near home.

The company works throughout the southeastern U.S., and this was the first relocation job the family of seventh-generation Volusians have had in DeLand.

“It hits home for us,” Brittany Underhill, a graduate of DeLand High School, said. “It’s nice to do something for DeLand.”

The site at George Marks is special, even in “Tree City” DeLand, Volusia County Schools Director for Planning and Construction Saralee Morrissey said.

“Where else do you have this topography?” Morrissey said. “This is a way to celebrate and honor everything that makes this community special.”