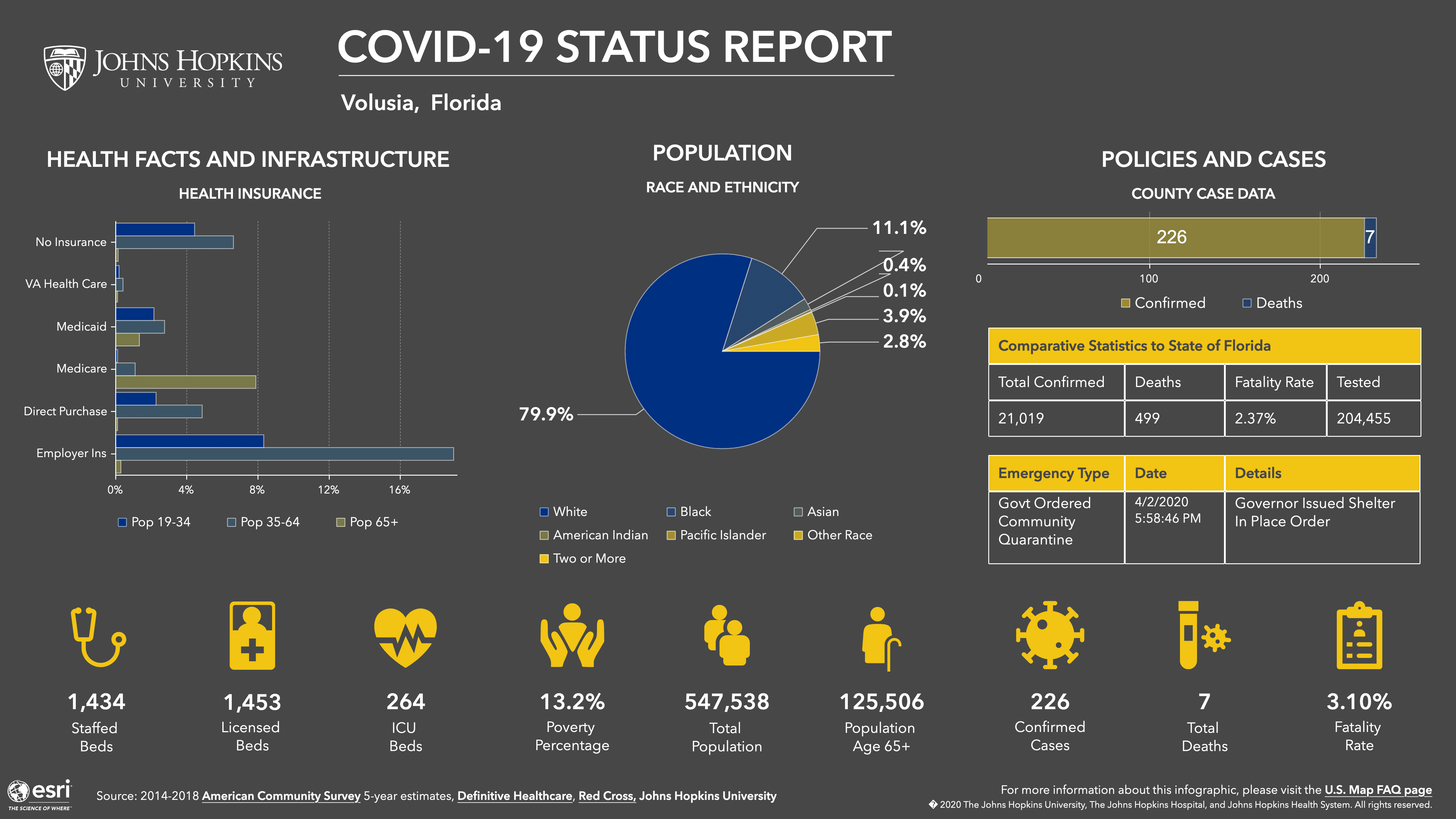 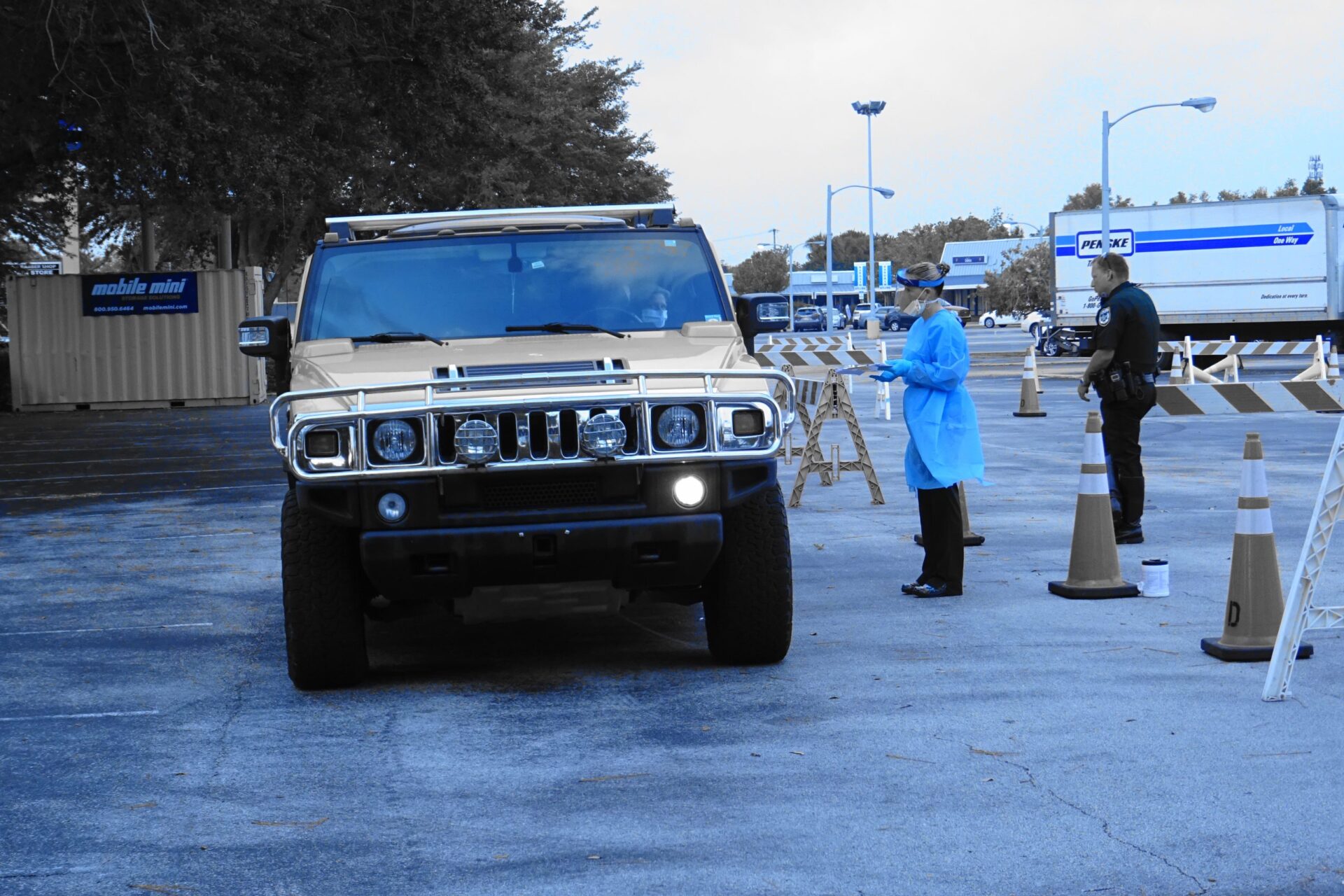 Shortages of toilet paper, face masks and other necessities have recently become a fact of life due to the ongoing coronavirus outbreak, but there’s one thing the crisis has provided plenty of: numbers.

From daily counts of infected people and deaths to testing figures and countless economic benchmarks, COVID-19 has brought on a deluge of data. How is the average person supposed to interpret it all?

Should Deltona residents, for example, worry that their city has 43 cases of the disease, compared to neighboring DeLand’s 22 cases?

Maybe not, says one public-health expert. While there’s a wealth of coronavirus-related data available to anyone with an internet connection, not all of it can be taken at face value.

Dr. Allen Johnson, an epidemiologist at Rollins College in Winter Park, said while the Florida Department of Health has done a commendable job of getting out health information, there remain a lot of uncertainties about the data itself. The number of cases, he points out, is directly dependent on the number of tests done.

“All we know — what we know right now is basically what we’ve tested,” Johnson said.

As in the rest of the country, testing for COVID-19 in Florida was slow to ramp up, and until recently, remained limited. Federal testing guidelines required a potential COVID-19 patient to both have symptoms of the coronavirus, and to have had recent contact with someone who had the disease.

As a result, he added, there are likely many more people who have had the disease who were never tested.

Only in late March did state officials start testing thousands of people each day.

Even in mid-March, daily test totals hovered around 1,000 per day, according to state reports.

In other words, Johnson said, the data is woefully incomplete.

“Because of that, the number of cases that are being reported are grossly inaccurate. What they really look like, we don’t really know. Maybe it’s horrible, full-blown — maybe it’s not way off. The problem is, we have no idea,” he said.

Johnson said state and federal officials squandered a two-month “head start” by not using that time to ramp up testing and contact-tracing — seeing whom infected patients have interacted with.

“Early on this epidemic, especially when we knew what was going on in China, we had a big head start. This is going on in December, early January in China, and then in Washington [state] we had a known community-acquired case around Jan. 15,” he said. “In Orange County, in Orlando, on Feb. 6, there was a known community-acquired case. They had to get it from somebody. At that point, what we should have done … is you start large-scale testing, and when you identify a case, you do what’s called contact tracing.”

By contrast, he pointed to South Korea, which has had success in controlling the infection after aggressively testing its citizens and undertaking contact tracing when positive cases were found.

The state’s daily coronavirus report also breaks down the total number of cases by city and county. As of 11 a.m. April 15, for example, Volusia County had 222 confirmed cases of the coronavirus.

The county’s largest city, Deltona, reported 43 cases, while DeLand had 22, and Orange City had just 13. Can these totals tell us which parts of West Volusia have been harder-hit?

Once again, not so fast, Johnson said. For one, the report gives the raw total number of cases for each city, meaning larger cities, like Deltona, will tend to have more cases just because of their larger populations.

But even if you normalize for population and ignore the incompleteness of the data, Johnson said, drawing conclusions from city-level data is tricky in a place like West Volusia.

“I’m not sure these numbers reflect what’s going on in any of [the cities],” Johnson said. “All of these cities are really connected into one. Think about them, all of them … they all connect into one, [even though] we think of them as different cities.”

West Volusia’s cities, with the possible exception of Pierson, aren’t separated by miles of empty space. The border between, say, DeLand and Orange City, is marked only by a sign.

West Volusia’s cities are better thought of as a single urbanized clump, he said.

Indeed, the U.S. Census Bureau has identified what it refers to as the “Deltona Urbanized Area” — a fancy term for the built-up area in and around DeLeon Springs, DeLand, Lake Helen, Orange City, DeBary and Deltona. The definition doesn’t include the entirety of those cities, and it includes some unincorporated areas, as well.

“Really when you start looking at these small towns that are all connected and are really demarcated by a sign and not a distance, then it’s really hard to start thinking about comparing them,” Johnson said.

The state report doesn’t specifically break the data down into, say, East and West Volusia, but it’s easy to compare Volusia County to its neighbors.

While Volusia County had 216 cases of the virus as of the morning of April 14, its northern neighbors had fewer, with 45 in Flagler County and 42 in Putnam County. Lake County had a slightly lower case total of 162, while Seminole was higher at 268.

By Johnson’s logic, Seminole’s numbers could be on the high side due to the county’s close proximity to, and economic ties with, Orlando and Orange County, which, with some 1,024, has the most cases in the state outside of South Florida.