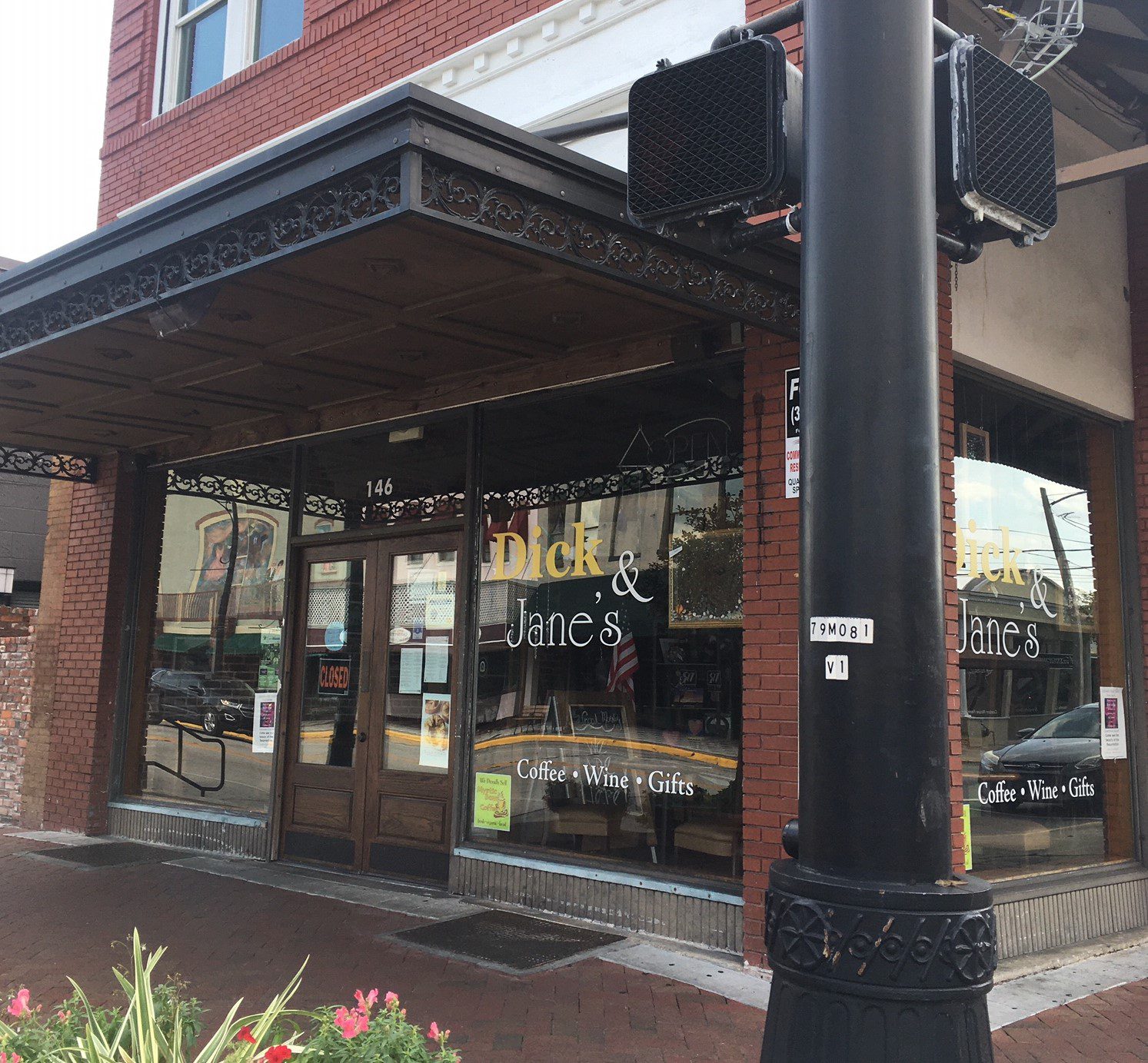 On March 20, Florida Gov. Ron DeSantis issued an executive order that all restaurants switch to takeout only — no seated dining.

An earlier statewide order had mandated that restaurant dining rooms operate at no more than 50 percent of occupancy, and Price said his restaurant, Dick & Jane’s, has continued to honor that rule.

“If we had people come in, essential workers … who want to grab their sandwich and sit, I’m not going to turn them away,” Price told The Beacon April 19. “We distanced people, we’ve blocked out all our tables and chairs. What, do you want them to go back to the medical field and eat their sandwich there? Is that safer?”

Price’s logic, however, was lost on some DeLandites, who pointed out the unfairness to restaurants that are following the rules.

“Our Downtown thrives on family and community, and he is threatening that very thread of existence which binds us together and makes our town unique and amazing,” said one woman who contacted The Beacon but didn’t want her name used. She added, “His utter disregard and disrespect for others are a concern.”

After his post attracted a storm of criticism, the post was deleted. Price said the vitriol was unjustified, given that very few people have taken advantage of the Dick & Janes dining room at 146 N. Woodland Blvd., and rarely more than two customers at a time.

Concern for customers was part of his motivation for allowing inside dining, he said.

“We have older customers who rely on eating Downtown,” Price said. “Some are single, may have lost their spouse. They grab some food, sit down and eat, and go about their way.”

He also said that after every customer who dines inside, he and his staff sanitize the area.

“Look, everytime someone comes and goes, we’re sanitizing everything. People buy food and then sit in the park, over at the outside tables on Georgia Avenue — none of those get sanitized regularly,” Price said.

Price also responded to critics who theorized he was motivated by financial reasons to defy the rules. He said keeping the dining room open for a few essential workers or older customers isn’t about money.

“I’m not making no money from this. How can they believe we are doing it for money? It doesn’t make any sense,” Price said. “You couldn’t find two people at once inside. No one is here.”

Price is concerned, not just for his business, but for the DeLand culinary community as a whole. With the reduced traffic in Downtown DeLand, takeout only isn’t going to be enough for any restaurant to survive, Price said, and he criticized the lack of long-term planning to help businesses.

“On how we’re going to reopen, they’re only thinking about that now. They should be working on implementing opening up everything right now,” Price said. “And they should have had a plan for this from the start.”

Price also believes the coronavirus threat is being overblown. He said the worst of the threat may have passed through the community months ago, and now the threats to businesses, livelihoods, and people’s mental health are more important.

“We did this [social distancing] voluntarily, for the greater good, and now the greater good has switched,” Price said. “They should have been prepared for this switching, but instead they’re dragging their feet. They are slow to react on this end, but they were real quick on the other side. Now you are hesitant, when it’s just as dire.”

Like other restaurants and property owners, Price said he has struggled — but so far succeeded — in keeping his doors open and all of his employees on the payroll, while offering reduced rent to his tenants.

But a plan is needed, he emphasized, beyond relying on the people who are going out of their way to order takeout and otherwise be supportive of Downtown DeLand eateries and shops.

“It’s a nice idea, and there are a lot of supporters. But the supporters are trying to support all the different places they like. It’s too little and soon it will be too late.” Price said. “We’re trying to pay our bills, our employees, and it’s depleting all of our savings. It’s desperation time. Some people can afford to close, and some will hold on until they and their families are in ruin.”

The DeLand Police Department stopped by Dick & Jane’s last week, after the Facebook post, and gave Price a copy of the governor’s order shutting down dine-in services.

No one was inside eating when the officers came, Price said.