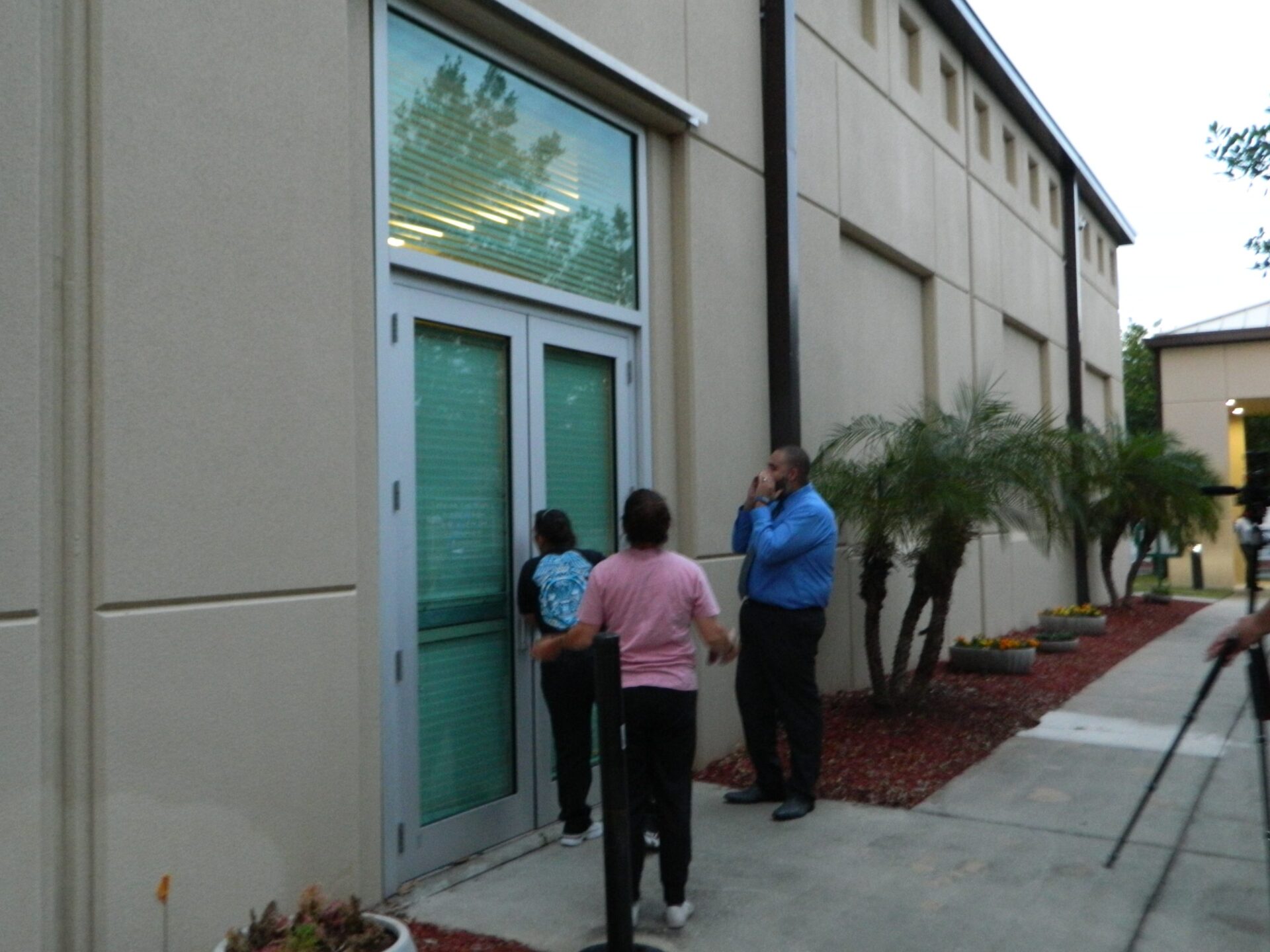 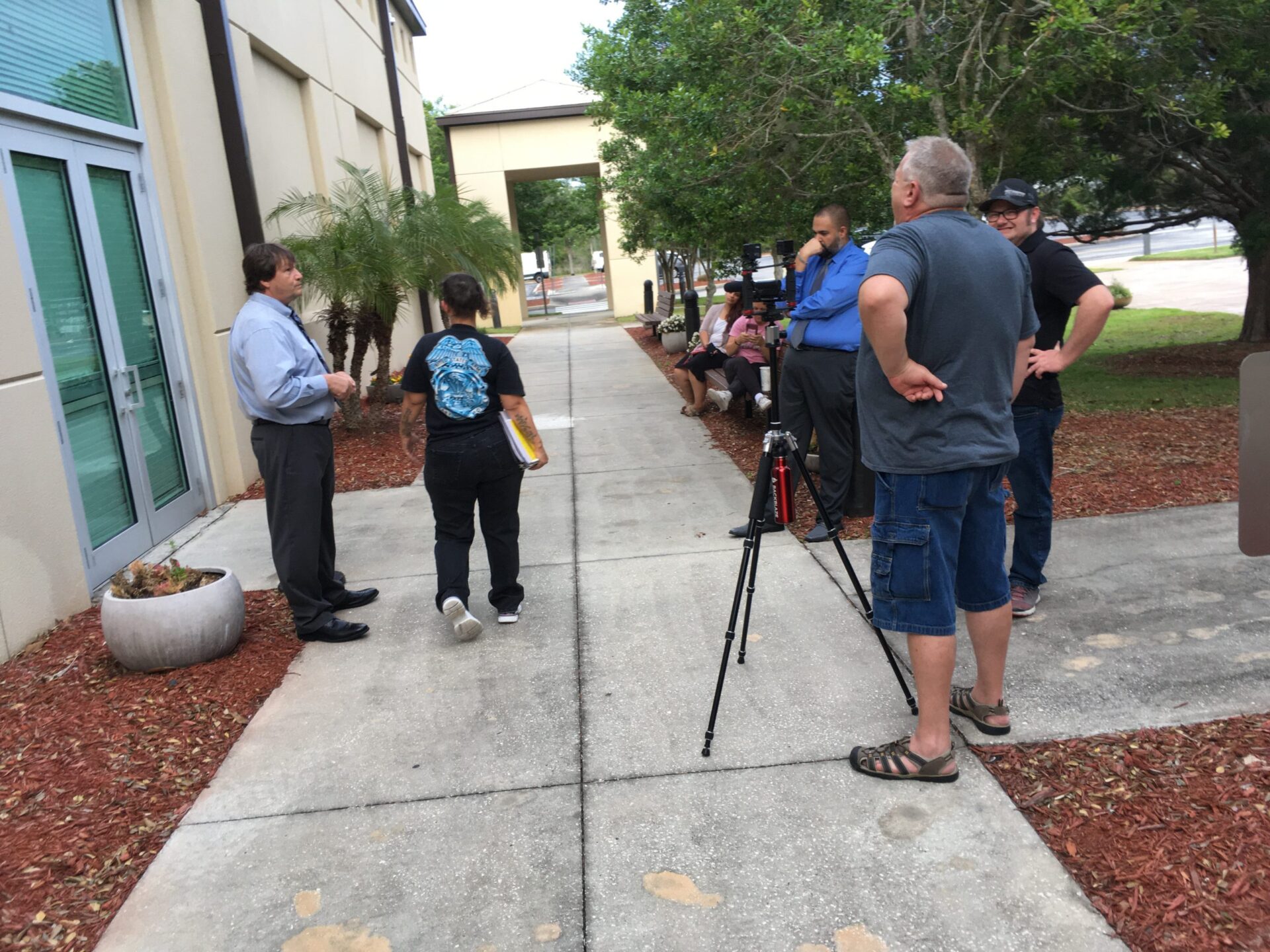 The coronavirus pandemic is drastically affecting the way local government does business, but is public health infringing on the public’s right to know?

Citing concerns about having too many people in too small a space, authorities are restricting public access to people wanting to watch their government at work.

Deltona city officials locked the doors of City Hall and refused admission to people waiting outside who wanted to attend the May 18 City Commission meeting.

The group outside asking to be allowed in included individuals who are frequent critics of the City Commission, along with candidates running for seats on the Deltona City Commission, and one newspaper reporter (who was later admitted after waiting for more than an hour).

Although they arrived well before the 6:30 p.m. start time, elected officials and administrative staffers ignored their constituents’ shouts and knocks on the heavy glass and steel doors.

“We want to speak. We’re outside!” Brandy White, a frequent attendee at City Commission meetings, said loudly, trying to persuade someone to open a side door to the meeting room.

White said she had come to comment on items of city business that included dealing with a replat of a parcel near her home, and a proposal to limit the development of dollar stores.

“This is horrible,” said Christina Larsen, a friend of White, who had come to watch her municipal government in action — only to be shut out.

At long last, a Volusia County sheriff’s deputy was allowed in and, shortly afterward, invited this writer to come into the lobby.

Once inside the lobby, however, the huge double doors to the City Commission chamber were locked. Finally, after a few knocks and a radio call from a deputy outside the chamber, the doors were opened, and The Beacon was able to monitor the balance of the meeting.

Asked about the lockout later, Mayor Heidi Herzberg said she was unaware The Beacon had been barred.

“I apologize,” she told The Beacon by phone the following morning, May 19. “I had no idea.”

This situation, as well as a nearly similar situation last month in Deltona, has come about as local governments struggle with how to have safe meetings and still accommodate the public.

Most city governments are conducting virtual meetings, where elected officials and staff members are linked by communications technology to enable them to discuss, debate and vote on issues that become public policy.

While other governing bodies, such as the Volusia County Council and the Orange City Council, often have just one or two members physically present, all seven members of the Deltona City Commission were inside City Hall May 18, seated at tables below the dais and socially distanced from each other and from members of the city staff.

At Deltona’s virtual meetings, private citizens and residents are not allowed in the meeting space, but may monitor the proceedings via the city government’s website. Citizens can submit comments in advance online.

The old American tradition of having the commoners watching and listening in person — together in the same room — is no longer deemed safe while the virus is a threat.

Still, the new way of governing at the grassroots troubles some leaders.

“I am very uncomfortable about having commission meetings and not having the public present,” Commissioner Loren King told his colleagues at the May 18 meeting in Deltona. “The end result of that is, we have no citizens present, and that’s a problem for me.”

King went on to suggest the City Commission install a plexiglass barrier between commission members — who would be separated from each other by a few feet — and the audience. The people attending the meeting would be able to confront their leaders and voice their thoughts.

“This is not the way to have a meeting,” King said, referring to the exclusion of the commoners.

“First of all, this is unprecedented,” Commissioner Chris Nabicht said, alluding to the national emergency. “The issue is being able to create a mechanism to enable the public to interact.”

“It’s now becoming disruptive of the order of the meeting,” he said.

Noting the Volusia County Council has set up a remote area where members of the public can watch the meeting and address the County Council, Mayor Heidi Herzberg recommended Deltona ask the county government to help Deltona create “a virtual-meeting platform,” using some of the $10 million county government has received under the Coronavirus Aid, Relief and Economic Security (CARES) Act.

One possible change may be to set up a microphone outside in the City Hall courtyard to allow the audience monitoring the meeting to address the City Commission on topics being debated.

The next regular meeting of the Deltona City Commission is set for 6:30 p.m. Monday, June 15, at City Hall, 2345 Providence Blvd.

“Hopefully, we’ll get more information on how to make it happen,” City Attorney Marcia Segal-George said.

In a followup to the May 18 meeting that left Deltona residents on the outside while their leaders were meeting on the inside, Mayor Heidi Herzberg said the situation will likely change before the City Commission convenes again next month.

“I think the next commission meeting will be open to the public. Maybe we could put up plexiglass, like Commissioner [Loren] King said. I’m not afraid to sit up on the dais,” she said.

Deltona City Hall, Herzberg noted, has been closed to the public for weeks, and thus the building’s doors were locked. Residents and others needing to enter the building on municipal business must make an appointment in advance of entering the building.

The virtual meeting is something that Deltona’s charter, as now written, does not recognize.

“How do we deal with virtual meetings?” City Attorney Marcia Segal-George asked.

With that in mind, could a quorum — meaning at least four of the members of the commission — be a “virtual” number, not necessarily present in one place, but connected with audio and video links to one another? Or must the quorum be together in one place?

When Gov. Ron DeSantis issued his executive orders to provide for remote hookups and social distancing in local and state government, his decree at the state level may have the effect of overriding the local charter, Segal-George said. Yet, the city could adopt a policy more stringent than what the governor ordered.

“Just say you must have a quorum,” she added. “You require a quorum to have a virtual meeting.”

In the course of the debate, Commissioner Anita Bradford proposed “to suspend the charter to allow virtual meetings while the governor’s order is in effect.” Her motion died because none of her peers seconded it.

One thing is clear: Florida’s Open MeetIngs Law, also known as the Sunshine Law, mandates public access to local and state government bodies, except in certain instances such as discussing potential or ongoing legal action or labor negotiations.

The law applies not only to elected bodies, but includes appointed panels such as hospital districts, the St. Johns River Water Management District, and even Orange City’s Youth Advisory Council.

Citizens and media who have been barred from entering and observing such meetings may sue in state court for deprivation of their right to view their leaders in action.

Violation of the Open Meetings Law is a second-degree misdemeanor, and anyone convicted under the law may be fined up to $500.