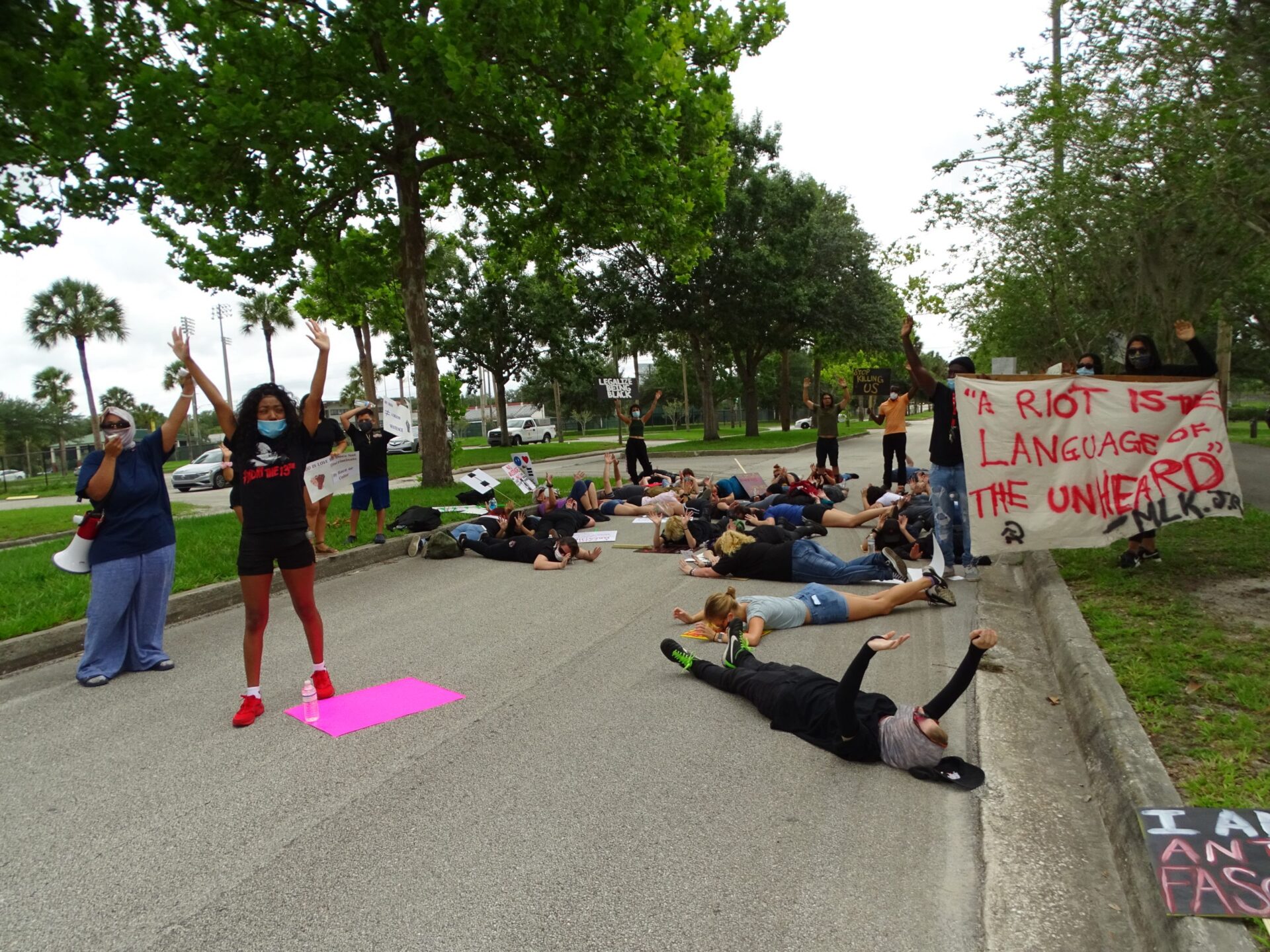 The horrific death of George Floyd in Minneapolis has sparked a national reckoning over racism and police brutality.

We are now coming to terms with systemic racism, and questioning why injustices have been allowed to persist.

While we are saddened to our core at Mr. Floyd’s death, it has forced us to confront the harsh realities present every day for millions of our brothers and sisters, neighbors and friends.

The incident shines a light on what too many Americans of color go through — or what they fear that their sons and daughters will have to face — mistreatment, even unjustified death, at the hands of law-enforcement officers.

Yes, all lives have value, but it is the black community that has long been disenfranchised and is in need of lifting up.

It is far past time for our community to unite and unequivocally say through our actions that the lives of our neighbors of color matter, and that we won’t tolerate so-called “isolated incidents” like George Floyd’s death, which happen with alarming regularity.

Law-enforcement agencies can play a productive role in helping our communities move forward. However, the long-standing insistence that such horrible incidents are the actions of “a few bad apples” within police departments needs to be left behind.

There are countless numbers of dedicated and hardworking law-enforcement officers, and they need our support, too, so that they have the courage to help eliminate cover-ups and discourage the minimizing of problems. These true blue officers are on the front lines of fighting injustices carried out by others in their profession.

Policing in this country is broken, and it will take a long time to fix. Only through cooperation and a genuine willingness to change long-standing practices and challenge obsolete ideas will we move to a place where all citizens can see officers as helpers and partners in creating a safe community.

Finally, others in this country, particularly the white community, have to acknowledge that a glaring racial divide exists. White people have privilege above their black neighbors — that is an indisputable fact.

Whether it’s something as simple as not having to feel nervous during a traffic stop, or not having to worry that your name or your hairstyle could stop you from getting a job, white people, generally speaking, have it easier in this country.

Without a frank admission of that, it will be impossible to move forward.

The truth can be hard to hear. Nationwide, as in West Volusia, journalists are seeking that truth and exposing it. We condemn what seems to be the intentional or unintentional targeting by police of news-media personnel in several cities where protests have happened.

And, before you accuse The Beacon of “playing the race card,” we’d challenge you to look around at the realities in your community.

There is no “race card.” This statement is not “race baiting.” We simply refuse to be blind to the realities our black friends and neighbors face, and we’re, frankly, sick of what they too often have to go through.

We aren’t creating this problem; we’re shining light into a chasm that exists in our community.

But the message threatens to be lost with the spread of wild rumors, fear and misinformation. Reacting in fear is not listening to our sisters and brothers — it’s furthering division.

Take a breath. Stop assuming. The Beacon is here to help.

We are working to offer our community factual, unbiased information about what’s going on. As a wise man once said, the truth will make you free.

We will continue to bring you reporting on criminal justice and other topics affecting West Volusia. And, we want you to be part of that.

The Beacon regularly publishes opinions from all sides of any topic, and the current tensions are no different.

No matter where you stand, you are always free to write us a letter to the editor, or to contact a reporter and share concerns.

In particular, we’d welcome submissions from our brothers and sisters of color, whose voices are too often drowned out.

No matter your race, ethnicity, gender, religion, or anything else, we are your newspaper. We’re here for you, and we will continue to be, no matter what happens.

We’re asking you to be there for your fellow humans, as well.